"Pakistan squash would once again achieve its rightful place"

The victory Pakistan attained at the World Junior Squash Championship was a promising sign of the country’s potential in the sport.

It has raised the question of whether they will return to the top flight of international squash in the months and years to come.

Since the pair retired in 1993 and 2001 respectively, Pakistan’s 50 year command at the top of the sport has dwindled.

However the youth team sought to change this and restore the balance with their win at the 2016 World Junior championships. This is the first time that Egypt has been toppled from their crown since 2008, to award Pakistan their sixth world title.

It has been a two-sided fight for a while, with both teams contesting the final for the last seven years. This time, in Bielsko-Biala, Poland, Pakistan finally managed to add to their title tally.

Many names stood out for both sides; let’s take a closer look at the four players who could take Pakistan to the top of World Squash once again: 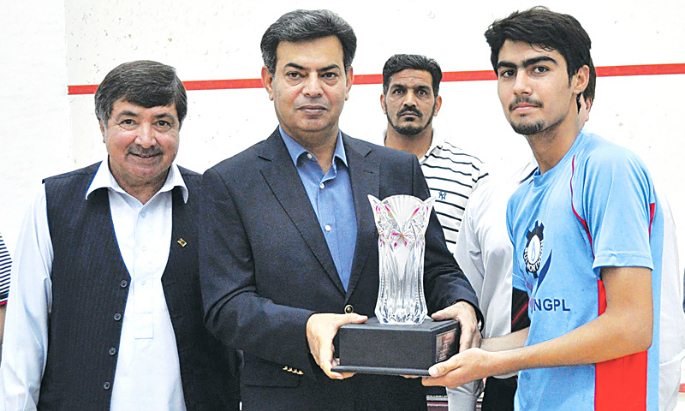 Israr Ahmed had an excellent 2015 with wins at the US Junior Open and Asian Junior Championship. Achieving his highest ranking to date at 128, the Lahore-born athlete played a pivotal role in the World Junior Squash Championship 2016.

He took on Egypt’s No.1 Saadeldin Abouaish, in the first round of the final and the two were neck and neck throughout. However, Ahmed found crucial wins in each round, defeating Abouaish in straight games: 11-9, 11-9, 11-9.

Commenting on the victory, Ahmed stated: “I was under enormous pressure while playing against top Egyptian player but I was sure I could beat him and provide Pakistan upper hand in the tie.”

Ahmed returned to his home city of Lahore after landing in Islamabad and was honoured by Sui Northern Gas Pipelines Limited (SNGPL). They, along with his country, were very proud of his achievement at the tournament. SNGPL rewarded Israr with a cash prize of Rs500,000. 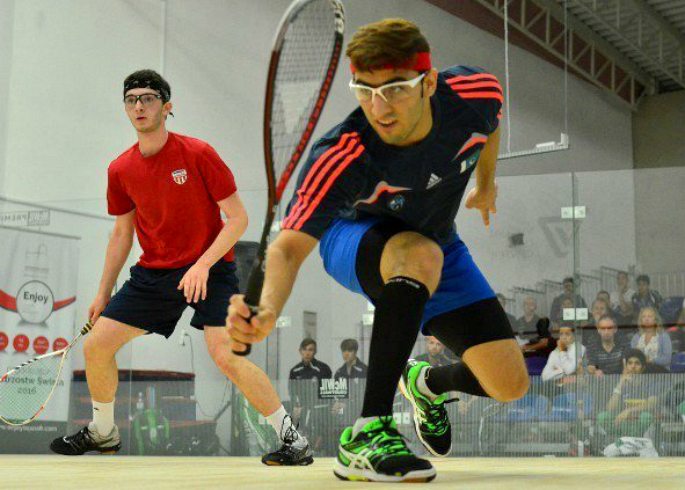 The second player on our list, Abbas Shoukat is ranked 234, though he reached the heights of 214 earlier in 2016. Originally from Peshawar, the 18 year-old played the decider against Marwan Tarek Abdelhamid from Cairo.

Shoukat despatched Abdelhamid with efficiency in a straight-games match that ended 11-7, 11-9, 11-8 to clinch the title.

Returning home he commented: “As soon as I entered the court, I was normal and I beat Marwan Tarek in straight games.”

2016 has proved trying for Abbas. Fellow countryman Israr Ahmed eliminated him in the 4th round of the 2016 World Junior Championship. He was knocked out in the 1st round of the FMC International competition earlier in May. To seal the victory for Pakistan will undoubtedly be a huge boost. 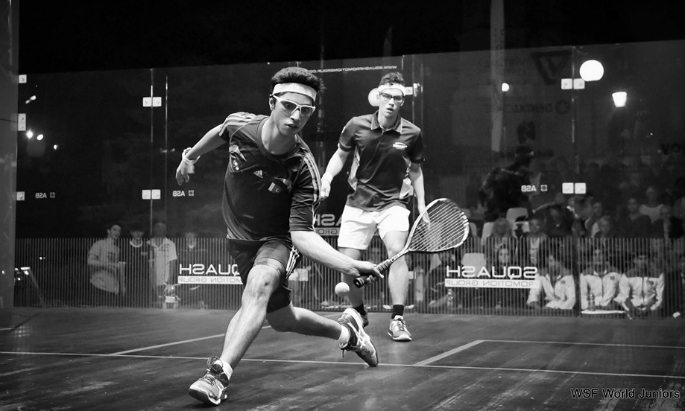 Ahsan Ayaz, also from Peshawar was the no. 2 in the squad under Israr Ahmed at the 2016 World Junior Championship. He began playing at the age of 12 and is ranked 239 at only 17 years of age. Ayaz played the second match against Egypt.

It was initially very tight, with both Ayaz and Egypt’s Youssef Ibrahim Abdallah taking a game a piece at 13-11.

However, Abdallah took things calmly from here, finishing Ahsan off with the following two games standing at 11-5, 11-6. The match lasted a whopping 49 minutes. This set up the decider for Shoukat. 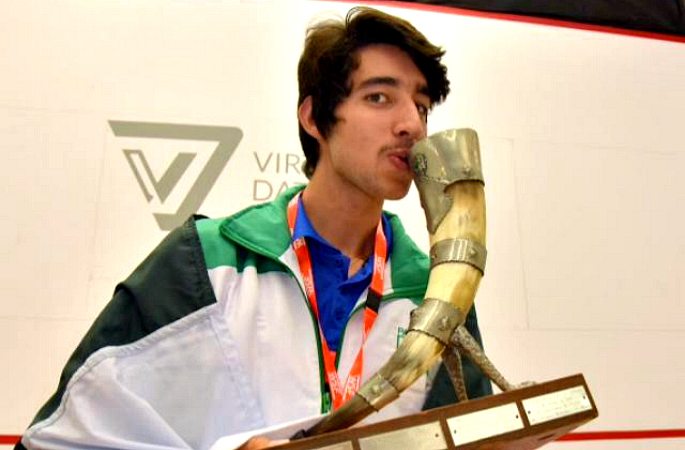 At age of 17, Mehra Javed is the newest to professional squash out of the four.

Since then he has reached the second rounds of the 2016 FMC International and the 2016 World Junior Championship. He lost in both to Waqas Mehboob (PAK) and Andrew Douglas USA) respectively.

He didn’t play a part in the World Junior Championships final against Egypt. However Javed will no doubt seek to compete with his fellow Pakistani players at the highest level of the game in the years to come.

After winning the championship, the team received a warm welcome home from the Pakistan Squash Federation (PSF) at Noor Khan Airbase. Senior Vice President AVM Razi Nawab jumped at the chance to congratulate the team:

“This victory is attributed to the vision of the President PSF, guidance of our Legends and above all to the dedication and hard work of the players.”

“With the prayers of the entire nation, Pakistan squash would once again achieve its rightful place.”

Whilst all four provide a prosperous future in the world of Squash, an investigation is currently holding them back.

The World Squash Federation (WSF) has opened an enquiry following an allegation that Pakistan fielded two overage players in the junior tournament. The two in question are Ahmed and Shoukat who are both alleged to be a minimum of 20. The cut off for the tournament is 19.

Both players will be subject to an age test in order to clear up the situation; otherwise the Pakistan Squash Federation may face charges.

The Pakistan Squash Federation has refuted the allegations and cited this is all ‘propaganda.’

Despite the investigation, the future is bright for Pakistan Squash with the youth team displaying immense talent at the World Junior Championship.