Pankaj reveals it was ‘Not Easy’ to ‘Separate’ from Shahid

Despite Pankaj Kapur and Shahid Kapoor‘s close relationship now, things have not always been great between the father and son duo.

"Now you will know what it’s like when you miss your child.”

The relationship between Shahid Kapoor and his father Pankaj Kapur is certainly admirable, however, it has seen its ups and downs in the past.

Pankaj Kapoor turned 66-years-old on 29 May 2020 and was showered with love by his nearest and dearest.

Although if we delve into the past relationship between the father and son duo, things have been somewhat fragile.

This was after Pankaj divorced his first wife and Shahid’s mother Neelima Azeem. At the time of their divorce, Shahid was three-years-old.

According to an interaction with Hindustan Times in 2015, Shahid candidly spoke about his relationship with his father as being a positive one. He said:

“My parents separated when I was three, but I was extremely secure as a child.

“It had a lot to do with the kind of effort dad and I made to keep it [our relationship] healthy, normal and positive.

“You know, sometimes, he says that he wants to shift out of town and lead a chilled-out life, maybe five or ten years down the line. 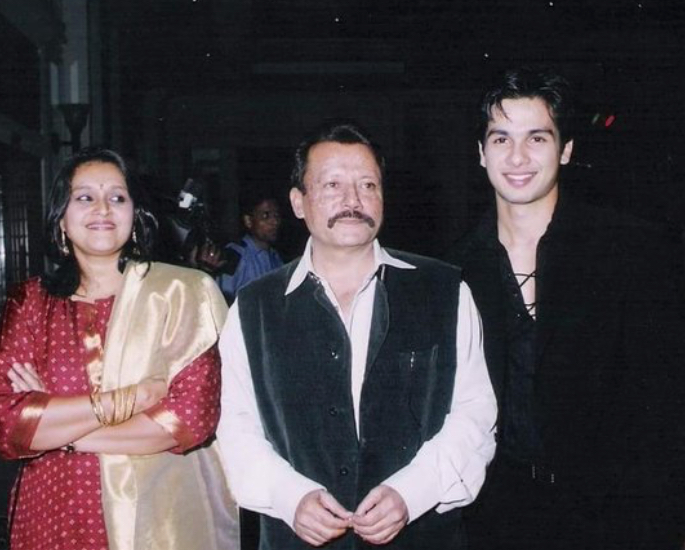 Pankaj continued to mention how separating from his son at the time was difficult. He recalled:

“As Shahid said, it is very difficult to explain. For a father, to separate from his son is not easy.

“It was a huge emotional loss for me [the last time around] and I started living with the hope that there will come a time when we come close to each other again.

“And today, it’s a great feeling to sit next to him, see his work or hear him speak and bond with the family.

“Definitely, yes. I missed him every day, but there were professional constraints.

“What’s most fortunate is that once he turned 18, Shahid assisted me for a while, so we got to spend a lot of time with each other.

“Then we started going for holidays together with the family, so the bonding increased, especially after we shifted to our new house.”

However, in a later interview with Deccan Chronicle, Shahid revealed that as a child, he “didn’t have too much interaction” with his father.

He added: “My bond with my children will be very different from dad’s and mine.”

As a result of this, it was assumed that their relationship was on the rocks.

It appeared that after the birth of Shahid’s children, Misha and Zain, the father and son duo rekindled their relationship.

Speaking to Pinkvilla in 2018 after the birth of Zain, Pankaj said:

“I became a dadu [grandad] two years back and it’s always a delight having a new addition to the family.

“If you are finding him cute, just imagine what would be my reaction seeing the little one and Zain is a beautiful name.

“I am happy that Shahid’s family is now complete. We are all full of joy and are absolutely delighted.” 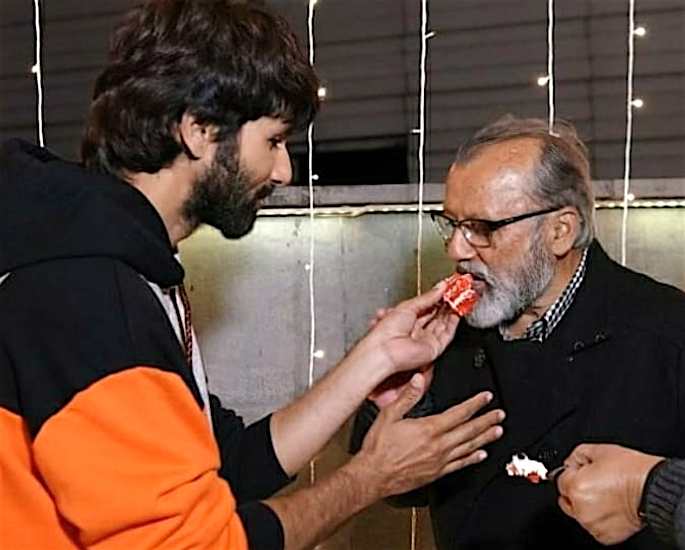 The pair showed their tight relationship during an appearance on BFFs with Vogue after the birth of Shahid’s children.

Shahid explained how he understands the need for a child and parent to share a close bond. He said:

“What my dad told me was that, ‘Now you will know all the complaints that I have always had against you.’

“Because the one thing my dad keeps telling me is that I don’t call him enough. And I pretty much call him almost every day!

“But he still always complains about the fact that ‘we don’t connect enough, we don’t spend time [together] enough.’

“Finally, when obviously Misha happened, he told me, ‘Now you will know what it’s like when you miss your child.’”

Shahid and Pankaj have worked together in films like Mausam (2011) and Shaandaar (2015). The duo will also be seen collaborating in their third venture together, Jersey.

Ayesha is an English graduate with an aesthetic eye. Her fascination lies in sports, fashion and beauty. Also, she does not shy away from controversial subjects. Her motto is: “no two days are the same, that is what makes life worth living.”
Uzma Khan holds Press Conference over Incident
Ex Husband is Back: A Bold Short Film by Namita Lal