Pakistani Woman caught for Drowning her Baby Daughter in Sea

Pakistani woman Shakeela Rashid Shah was arrested by Karachi police after she drowned her two and a half-year-old daughter at sea.

"I took my daughter and drowned her in the sea."

Shakeela Rashid Shah, aged 28, from Golimar, Karachi, was arrested on Monday, February 4, 2019, after she drowned her daughter in the sea.

She had thrown her two and a half-year-old child into the deep end of the sea near the Captain Farhan Ali Shaheed Park.

According to nearby witnesses, Shah, who is a BBA degree holder, had intended to take her own life after committing the crime.

The incident occurred at 3:30 pm on Monday, February 4, 2019. When she realised what she had done, Shah shouted for help.

Nearby people heard her cries for help and they informed the police of the incident. The police were told that a woman had drowned her daughter and was trying to commit suicide.

When police reached the area, Shah walked to the far end of the ledge and admitted drowning her daughter.

The police arrested Shakeela and escorted her to the Sahil Police Station. SHO Syeda Ghazala said:

“She [Shakeela] seemed depressed and worried.”

Her family and her husband Muhammad Rashid Shah were asked to come to the police station.

Shakeela’s husband, who works as a technician at a private hospital, told police that his wife was suffering from depression and took medication for it.

In her statement, Shakeela said that she got married to Mr Shah in 2011. And five years later they had a daughter in 2016.

She also claimed her depression was down to her husband banishing her and the child from their home a month ago.

Shakeela had then gone to her parents’ house, but they also turned her away, saying they had married her off.

Her life became agonising as Shakeela said she could not imagine a future for her or her daughter. 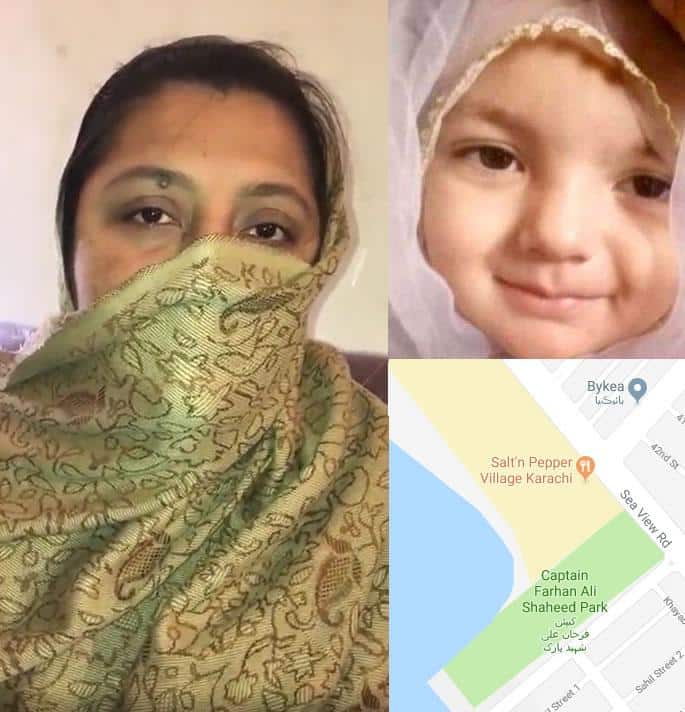 When asked what she did, Shakeela Shah said in a video interview:

“Under this distress and misery from my in-laws and husband, I took my daughter and drowned her in the sea.”

When asked did she have no heart or conscience about what she had done, she replied:

“I was at a complete loss in my life, there was no room for my daughter. Where could I keep her?”

“I then went onto to take my own life but I didn’t succeed.”

“My daughter has left this world and is the one who lost in the middle of all of this.”

The child’s body was recovered from the sea by rescue teams on Tuesday, February 5, 2019.

Police registered a murder case against Shakeela and she is expected to be produced before a court so that the police can procure her remand.

Dhiren is a journalism graduate with a passion for gaming, watching films and sports. He also enjoys cooking from time to time. His motto is to “Live life one day at a time.”
Indian Couple kill Uber Driver and Dump his Chopped Body
Pakistani Wife Raped by Seven Men during House Burglary