A Pakistani child maid was the victim of severe domestic abuse in Lahore. The 10-year-old was tortured by her female employer.

"There is a sequence of such brutal incidents being reported in the city."

A Pakistani child maid, aged 10, was brutally tortured by a woman who hired her. The incident was reported to the Child Protection and Welfare Bureau (CPWB) on May 17, 2019.

Hadia Aslam’s mother sent her to work at the house of the accused Zarqa Shahid in Halloki, Lahore.

Shahid would allegedly torture the victim so severely that the neighbours could hear Hadia’s screams.

A neighbour reported the incident to the CPWB. Representatives of the bureau and police officers arrived at the scene and recovered the child maid.

An FIR was also registered against her employer. CPWB Chairperson Sarah Ahmad confirmed that the suspect was arrested.

CPWB official Shafiq Ratyal said that legal formalities were being conducted on Hadia. Following that, the bureau will take the Pakistani child maid into custody. 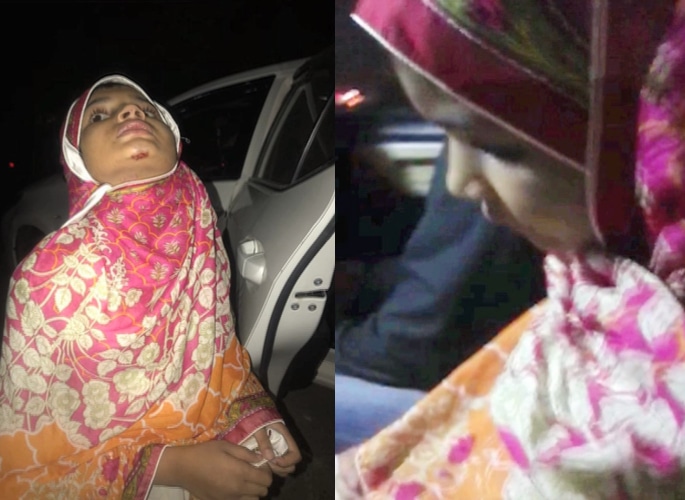 “There is a sequence of such brutal incidents being reported in the city.

“The actual number of such tragic incidents was much higher. CPWB intervened after the incident occurred and a complaint seeking Bureau’s intervention was lodged.”

There is a growing number of abuse-related incidents as the abuse, harassment and torture of child domestic helpers continues.

Cases often go unreported until neighbours see the victim after they have escaped their abuser’s house.

Activist Adam Pal looked into where the issue of child abuse stemmed from and said it is connected with economic conditions.

“If the economic conditions and living standards of people get better, no one would let her or his children work as a domestic helper.”

He added that it was a conflict of the rich versus the poor.

Adam explained: “Mere passing of legislation is not a solution to the problem of child abuse. There are lots of legislations, for example, that of minimum wages that are never really implemented. The state does not have the capacity to implement it.

Iftikhar blamed the negative trend on a lack of implementation of legislation.

He explained that the recently passed Punjab domestic workers act meant that children aged between five and 15 are not allowed to work as domestic help.

However, he added that there were many problems when it came to the execution of laws.

He said: “Law was related to the regulation of domestic workers. Only one clause to it was added that dealt with child domestic help.”

Ratyal said that the relevant law existed and there was a need for accountability and action.

The CPWB chairperson pointed out towards deterrence and maintained that if the people committing such violence were punished, the trend would decrease.

Ratyal added that it is a lack of awareness as opposed to poverty which the incidents stem from.

Dhiren is a journalism graduate with a passion for gaming, watching films and sports. He also enjoys cooking from time to time. His motto is to “Live life one day at a time.”
Couple Trying to Kiss Fall in River in Pre-Wedding Photo Shoot
Indian Man dupes Woman of Rs 4.89 lakh in Matrimonial Fraud