An Indian couple took part in a pre-wedding photo shoot, however, it did not go to plan as they fell into a river when they tried to kiss.

A couple’s pre-wedding photo shoot has gone viral after it did not go as planned.

Pre-wedding photo shoots have become very popular with many couples opting for them during their wedding.

However, one couple was on the receiving end of jokes on social media as theirs did not go according to plan.

A video went viral after a young couple from Kerala fell into a river as they were about to kiss for a picture.

Many found it hilarious but the couple did not realise the shoot would go viral. They also did not expect social media users to shower them with lots of love and blessings.

A video of the shoot was shared on Facebook by Kerala-based studio company, Weddplanner Wedding Studio. 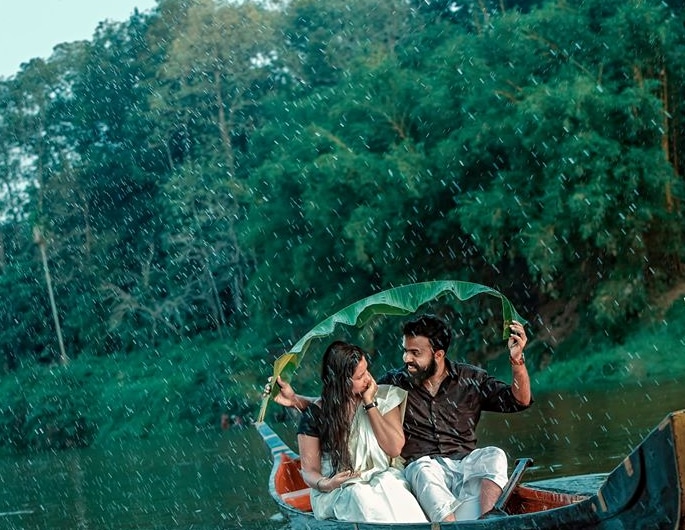 In the video, Tijin Thankachen and Silpa are sitting in a canoe and posing for photographs close to the bank of the Pamba River. They are then seen holding a banana leaf over their heads as they look into each other’s eyes.

The photographer gives instructions as three men, who are standing in the shallow water around the boat, splash water towards the couple.

They are about to kiss when the canoe suddenly begins to tilt to one side. It eventually falls, sending the couple into the river.

The moment left the photographer and the team in fits of laughter. Meanwhile, Tijin had to pull his bride-to-be from the shallow water.

The couple were supposed to kiss while holding the banana leaf over their heads, but as Tijin moved in to kiss his partner, the two lost their balance and were tipped into the shallow river.

The viral video has amassed more than 1.2 million views and many congratulated the couple in the comments section.

After the video went viral, the organiser of the photoshoot revealed that the incident had been pre-planned but Tijin and Silpa were not aware of it. 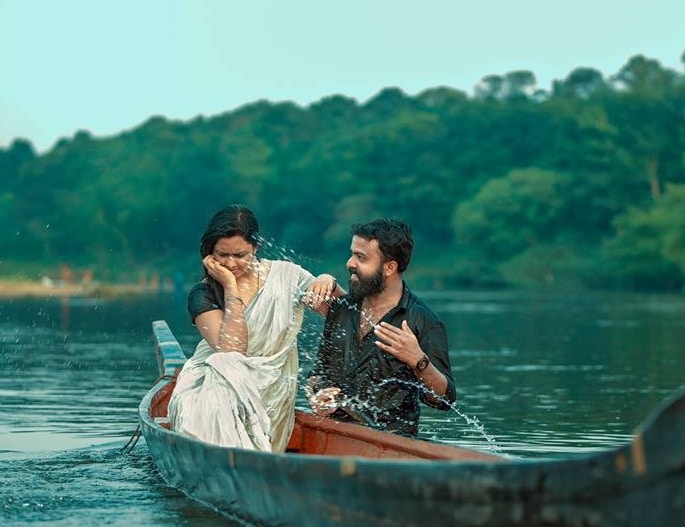 The couple thought the incident was an accident but they later found out. They were told it was planned as the photography team wanted to add a fun element.

However, Roy Lawrence, of Weddplanner Wedding Studio, said he did not think it would go viral.

Although the couple were surprised, they enjoyed themselves at the photoshoot.

The pair look stunning in their romantic photoshoot and got married on May 6, 2019. Their photo shoot is certain to be one of their most memorable moments together.

See the Video of the Photo Shoot

Dhiren is a journalism graduate with a passion for gaming, watching films and sports. He also enjoys cooking from time to time. His motto is to “Live life one day at a time.”
Indian Teacher arrested for Slapping Student 168 Times
Pakistani Child Maid aged 10 Tortured by Lady Employer