Photographer Sacked for taking Photo of a Romantic Kiss

In Bangladesh, a romantic photo of a couple kissing in the rain has gone viral. Leaving the photographer, beaten and jobless.

"They failed to realize the underlying meaning of my photograph"

Bangladeshi photographer Jibon Ahmed posted a picture of a couple lip-locked having a kiss in the rain on his Facebook page on Monday, July 23, 2018.

What happened next to him was not expected.

The consensual kiss received a negative backlash. The expression of art was reputed as a bold statement in the predominately traditional country with an orthodox view.

It sparked a frenzy of moral policing as many people thought that the photo failed to conform to the norms of Bangladeshi society.

However, Ahmed stated that the couple did not mind having their photograph taken in public.

It is clear that the photo was well-thought out because a reoccurring theme in the picture is the colour blue.

Once the photo was taken, initially Ahmed sent it to his newsroom, but his editors refused to run the picture, as they knew it would receive a negative backlash.

Despite this, Ahmed posted the photo on his Facebook and Instagram where it was shared 5,000 times within the hour. 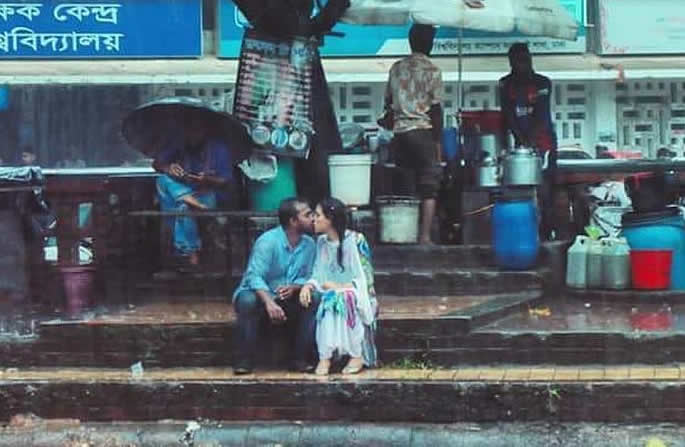 “Lovers are getting more audacious by the day. Earlier these things were done in secret. Now they are doing it in broad daylight.”

“The day is not far when they will be making love in public.”

On Tuesday, July 24, 2018, Ahmed stated that a group of his colleagues attacked him, and his boss also asked him to hand in his ID and laptop with no explanation.

However, when Ahmed relayed the incident about the attack to work colleagues he was close to they promised to support him and even encouraged him to take legal action.

Ahmed was given an opportunity to talk about the attack but failed to attend the meeting and has been absent from his office since July 25, 2018. 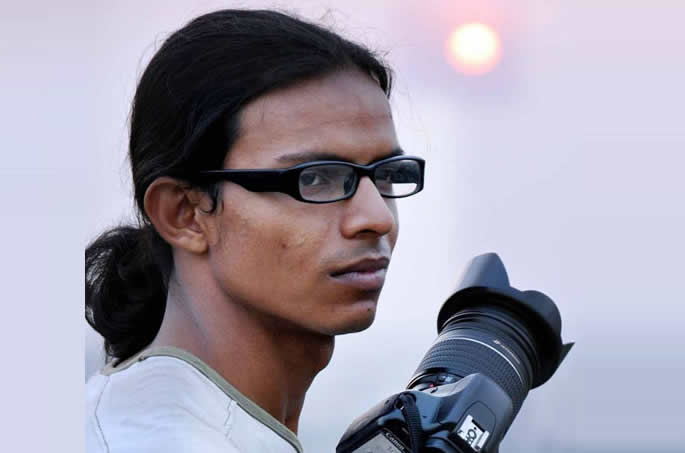 The photographer still stands by his decision to post the picture and considers it to be a “symbol of pure love.” He also said:

“Of course I am disheartened.

“Some people in our country became educated only in papers, but they are not educated in a real sense.

“They failed to realize the underlying meaning of my photograph. I am also a bit worried about myself.”

The moral policing aimed towards journalists has become a common theme within contemporary Bangladeshi society.

Ahmed’s fear for his own safety is because of recent cases where journalists and their personal welfare is being threatened.

Especially because a key undertone in Ahmed’s picture provided a woman with a voice.

Although, the overtly patriarchal society considers women in control of their sexuality as a threat, which is why Ahmed’s picture became the source of moral policing.

In addition to this, Bangladesh’s stance on rape has never warranted this level of moral policing. Despite their being case studies depicting the issue and a staggering 17,289 rape cases being recorded in 2017.

The conservative attitude is still being directed towards a consensual kiss on a busy street.

Surely rape cases and rapists should receive the same level of hostility?

After receiving the negative backlash, Ahmed spoke to Bangladesh News 18 website and stated a “twisted sense of morality cannot dictate an artist’s work.”

“It is refreshing to think that even in these times such people exist who have not given up on life or love or youth. It warms the heart.”

In the west, public displays of affection are widely common and never ostracised. Albeit, we do not see too many British Asians showing their affection ‘too openly’ in public.

However, many conservative people in Bangladesh do consider a photograph of a consensual kiss of a Bangladeshi couple to be a personal attack on the countries moral fabric.