Woman police officer Katie Barret has been dismissed from her job following a racist rant at staff in a Punjabi takeaway heard by colleagues.

"there is no place for this type of language"

A police officer from Northumbria Police, Pc Katie Barret, aged 22, has been sacked from her job for using racially offensive terms about workers in a Newcastle takeaway, while she was waiting for a pizza in a drunken state.

She made the comments to colleagues who were with her on a night out, while they waited for their food. The staff in the Spice of Punjab takeaway in Newcastle city centre did not hear the racial slur from Barrat.

Barrat who said she wanted to be a police officer from a young age, found herself facing a serious breach of conduct after two fellow officers testified against her.

On the evening of December 14, 2017, PC Corey Bradley and PC Alex Downs were both with her. They witnessed her as being intoxicated, unable to walk properly, slurring her words and using racially derogative words against the takeaway staff.

The racist terms used by her for the first allegation were ‘f***ing n****r’ and ‘f***ing p**i’ according to her colleagues. But Barrat denied this.

Secondly, she used the word ‘p**i’ up to six times it was alleged. Barrat accepted that she used this racist term against the staff but only said it twice.

Barratt also agreed that she was drunk but disputed the claims of the two officers that she was “out of control”.

An investigation was immediately launched after superior officers were informed about the allegations of Pc Barrat’s racist behaviour.

A misconduct hearing took place at Houghton police station in Tyne and Wear on Wednesday, June 27, 2018.

At the hearing, Barrat said she was not a racist person but could not explain why she used the offensive terms.

Barratt, apologising for her actions said:

“I’m really sorry for what I’ve done. I can’t emphasise how sorry I am. It’s my dream job. It’s all I wanted to do since I was little.”

The panel at the hearing, which was led by Rachel Mangenie, found the allegations to be true.

In a statement, Mangenie said:

“The panel concluded the appropriate sanction is dismissal without notice.” 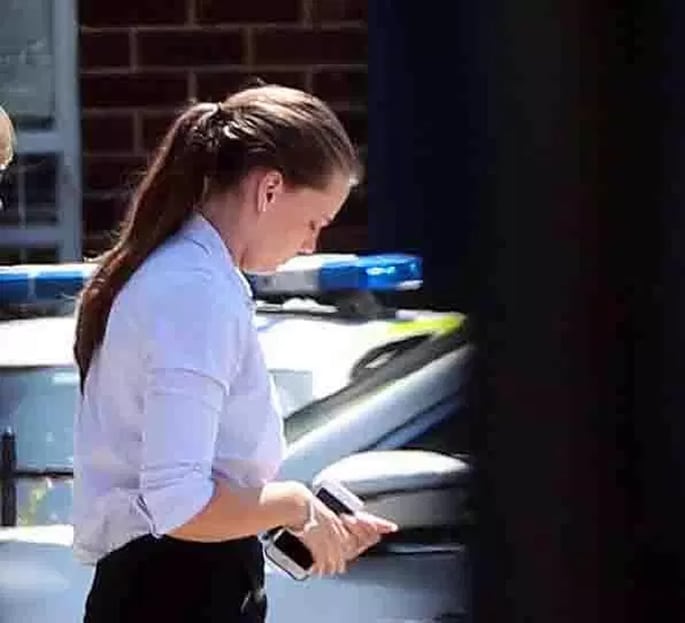 The serious nature of the incident and the public perception cannot be underestimated. This issue is highly sensitive and the words used can cause great offence.”

The outcome of the hearing resulted in Pc Katie Barrat being removed from her job with immediate effect from the police force.

“I want to make it absolutely clear that there is no place for this type of language or any other form of racist behaviour within Northumbria Police.

“This was recognised by a colleague who rightly came forward to report the comments, reflecting the culture within the force where people have the confidence to speak up and challenge unacceptable behaviour.

“We expect officers and staff to maintain the highest levels of professionalism at all times and as such they must not compromise or damage our strong relationships with the communities we serve.

“I want to assure the public that we are committed to taking positive action in those instances where individuals fall below the expected standards of behaviour.”

Nazhat is an ambitious 'Desi' woman with interests in news and lifestyle. As a writer with a determined journalistic flair, she firmly believes in the motto "an investment in knowledge pays the best interest," by Benjamin Franklin.
Pakistani Man Tortured for Having Affair with Village Girl
Men jailed for Defrauding over £600,000 from Property Buyers