A Met Police officer, who also takes part in beauty pageants, has been sacked after drugs were discovered during a police search.

A Met Police officer and beauty queen has been sacked after a cannabis farm and Class A drugs were found at her home and old address.

PC Rasvinder Agalliu was arrested on suspicion of conspiracy to supply the drugs after police searched her two London properties in 2020.

A Met Police officer for almost 20 years, PC Agalliu was dismissed without notice by a misconduct panel on November 1, 2022.

It comes as a report by the leading police watchdog found that hundreds, if not thousands, of corrupt officers may be serving in England and Wales forces.

On June 25, 2020, officers raided her home and found Class A drugs, drugs paraphernalia, a large quantity of cash and a Metropolitan Police radio.

It led to the discovery of a large number of cannabis plants under cultivation.

Police also seized items including body armour belonging to her, a set of handcuffs, items of uniform and a set of case papers and interview discs relating to PC Agalliu’s investigation of an offence.

PC Agalliu takes part in beauty pageants, claims to be a fitness instructor and said she “dreams” of being cast in film or TV.

“So just a little story about me. I have been a police officer for 17yrs, get told you’re so glamorous by colleagues to the point they make me feel I am should be doing a more creative role.

“I am a type of woman who likes taking pride in my appearance and putting my face on every morning which really motivates me for the day.”

PC Agalliu, who was based at the Met’s Central West Command Unit, was not charged with drug offences but was found to have breached the Met’s standards of professional behaviour. 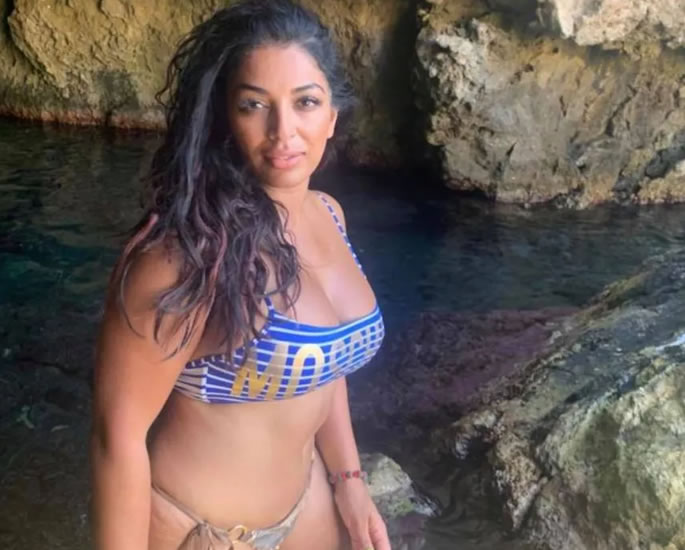 The misconduct panel also found she breached the force’s standards on respect of honesty and integrity, discreditable conduct, duties and responsibilities and orders and instructions.

“This officer’s actions were a gross breach of the trust afforded to them by the people of London.

“PC Agalliu has quite rightly been dismissed and there is no place in the Met for officers who behave in this way.”

“We are determined to get rid of any officer who fails to meet our standards and ensure that they can never work in law enforcement again.”

He added that PC Agalliu will now be added to the barred list held by the College of Policing.

This means she cannot be employed by police, local policing bodies, the Independent Office for Police Conduct or His Majesty’s Inspectorate of Constabulary and Fire and Rescue Services (HMICFRS).

Dhiren is a journalism graduate with a passion for gaming, watching films and sports. He also enjoys cooking from time to time. His motto is to “Live life one day at a time.”
Who has Imran Khan blamed for the Shooting?
Indian Man goes Viral after being Fired from Twitter