The song ‘Manike’, is a remake of the hit Sinhala song originally sung by Yohani, who has lent her voice here as well.

The video features a seductive dance by Nora Fatehi, who tries to woo a bewildered Sidharth Malhotra.

Fans appreciated the actors’ chemistry and were all praises for Yohani’s voice as well.

The video opens with Ajay Devgn, who plays Chitragupt in the film, explaining how lust is a weakness that plagues every man and not just Sidharth’s character.

He flicks his fingers magically and out walks an ethereal-looking Nora, the personification of that lust.

Chitragupt then instructs Sidharth to control his desires.

As an awestruck Sidharth gazes at Nora, the dancer puts on a sensuous and seductive show for him, luring and seducing him.

Sidharth seems to initially give in and fall head over heels for Nora.

What follows is an acrobatic dance routine where the two show off their impressive moves, even as Ajay’s character mischievously watches them.

Fans praised the recreation as well as the video. “Nora+Sid = dhamaka,” wrote one fan, praising the actors’ chemistry.

Many Sri Lankan fans applauded Yohani for taking their song beyond their borders and into a Bollywood film.

“Kudos to Yohani, she has grown rapidly and has achieved career success through her sheer talent,” wrote one fan.

And of course, there was a lot of praise for Nora Fatehi’s dancing skills. One fan wrote, “No one can compete with Nora… she is another level.”

‘Manike Mage Hithe’ is a Sinhala song released in 2020 and sung by Sri Lankan singer Yohani.

It became a viral sensation earlier this year, prompting this recreation.

The Hindi version, which includes some of the original Sinhala lyrics, has been written by Rashmi Virag and Dulan ARX.

Yohani’s vocals are supported by Jubin Nautiyal and Surya Ragunnathan.

Originally composed by Chamath Sangeeth, the Hindi version of the song has been recreated by Tanishk Bagchi.

The film sees Sidharth’s character meeting Chitragupt, the Hindu deity, after his death. He is then shown an account of his deeds in his lifetime.

The film, slated for release on October 25, has run into legal trouble with a case filed against the actors and director Indra Kumar in a Jaunpur court for allegedly hurting the religious sentiments of the Kayastha community. 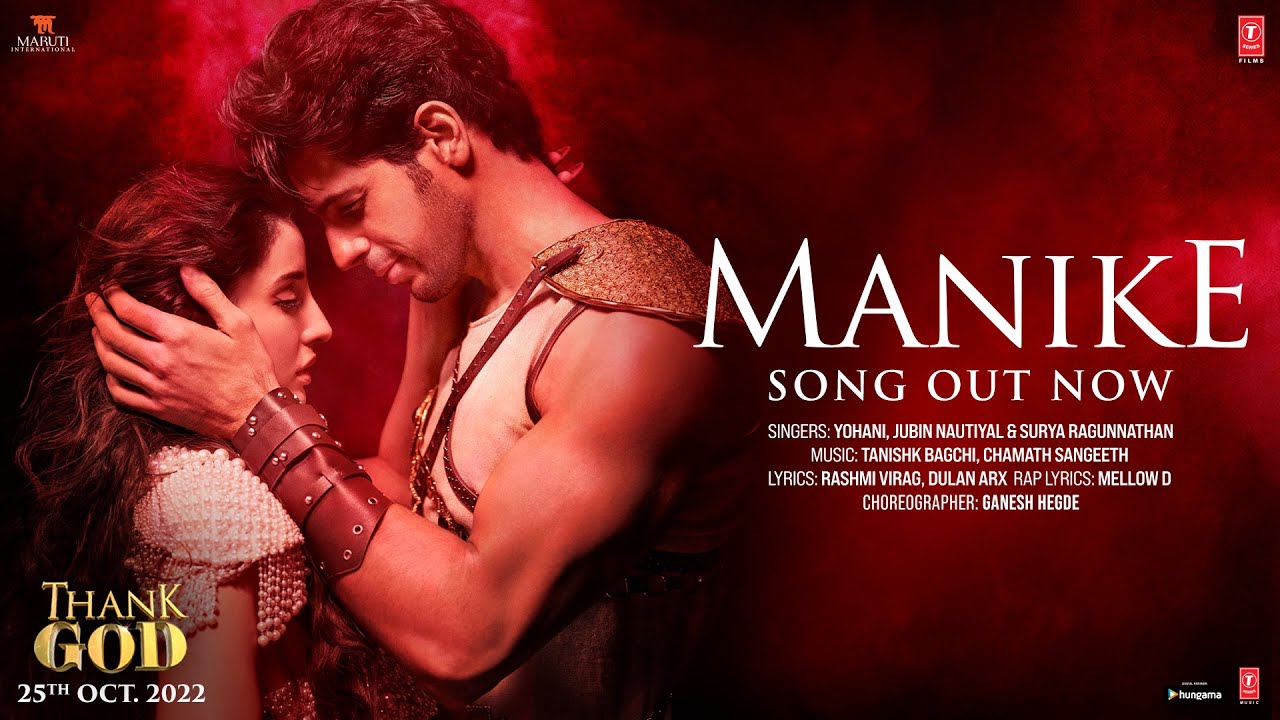 Ravinder is a Journalism BA graduate. She has a strong passion for all things fashion, beauty, and lifestyle. She also likes to watch films, read books and travel.
Amina Khayyam talks Storytelling in Kantha Katha-K
Aima Baig confirms Split with Shahbaz Shigri