Mouni Roy looked stunning in a yellow saree and a sleeveless blouse that she wore during an episode of ‘Dance India Dance Li’l Masters’.

The star tied her locks in a sleeked back braid.

After tying the knot with Suraj Nambiar in an intimate wedding ceremony, Mouni Roy is back on screen as a judge on the reality TV show Dance India Dance Li’l Masters.

The star has been sharing glimpses from the sets of the dance show, which will premiere on March 12, 2022.

Mouni has also posted photos of her glamorous looks with fans.

On February 28, 2022, Mouni posted photos of herself dressed in a yellow chiffon saree with the caption:

“It’s not what you look at matters, it’s what you see.”

The six yards is from the shelves of designer Neeta Lulla’s label.

The Brahmastra actor wore it for an episode of Dance India Dance Li’l Masters. 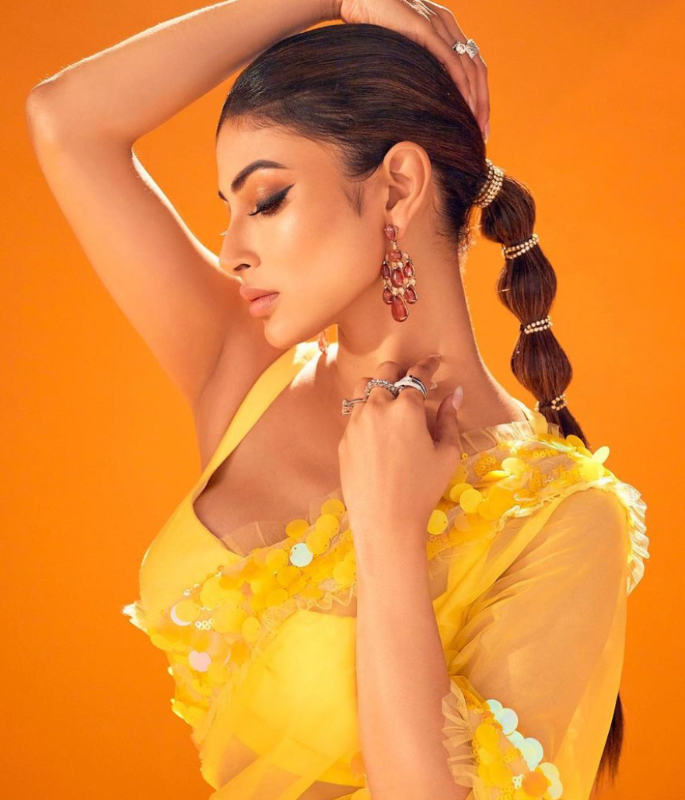 Mouni wore the see-through six yards in a traditional draping style around her body, accentuating her svelte frame.

She wore the saree with a sleeveless matching bright yellow blouse that comes with a plunging wide U neckline, backless detail, and a bodycon silhouette.

The star tied her locks in a sleeked back braid adorned with embellished hair ties. 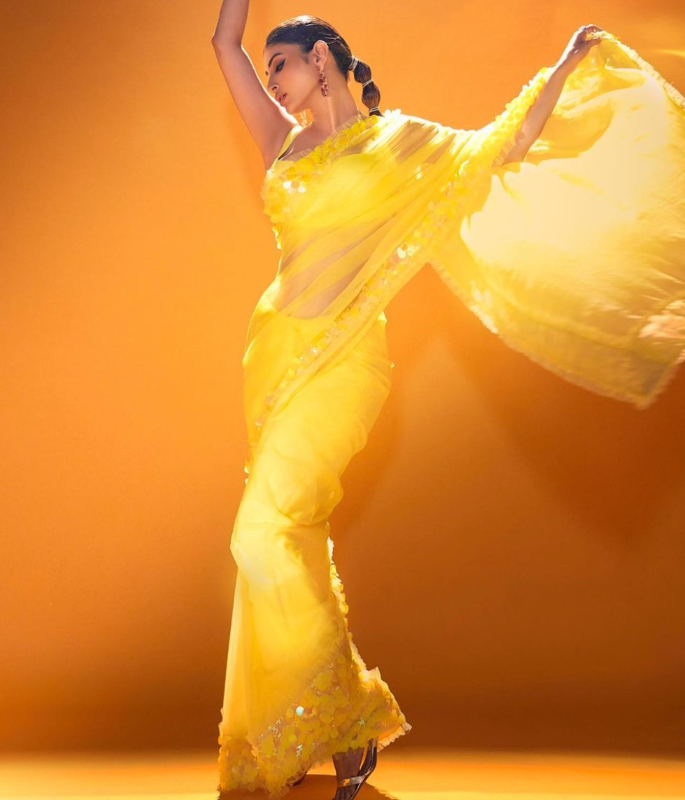 Many celebrities from the entertainment industry, including Arjun Bijlani, Mandira Bedi, Aamna Sharif and Aashka Goradia attended the wedding festivities.

It was only on the morning of January 27, 2022, that she shared her first picture with him on Instagram.

Introducing her husband to her fans, she called him her “everything” in the caption.

However, her supernatural show Naagin is what kickstarted her career.

Mouni Roy will next be seen in Brahmastra alongside Alia Bhatt, Ranbir Kapoor and Amitabh Bachchan.