Mia Khalifa divided opinion on social media when she claimed that joining the army is worse than joining OnlyFans.

"You're selling your body to the government."

Former adult film star Mia Khalifa sparked controversy after she said that the army is worse than joining OnlyFans.

She appeared on Ziwe Fumudoh’s late-night talk show and was asked “if there is a difference between the sex work industry and Hollywood”.

“Is there a difference between these industries, or are we all fundamentally selling our body in some way?”

Mia then made the comparison of OnlyFans content creators to working in the army.

She replied: “Honestly, I think that selling your body – if we’re going by that definition – being in the army is worse than being on OnlyFans.”

Mia added: “You’re selling your body to the government.” 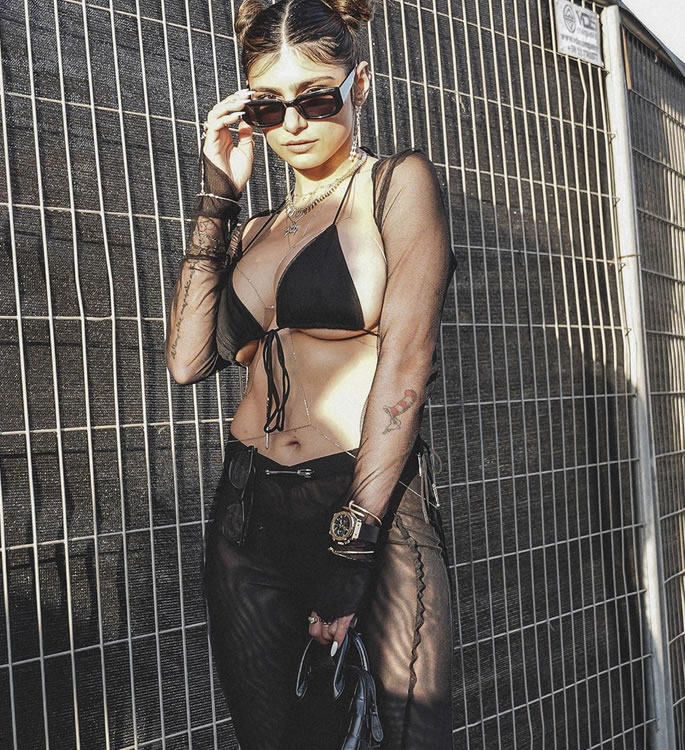 Many believed Mia was wrong to compare the two occupations.

One person said: “Bro what is that logic.”

Another wrote: “At least in the army you do something to society.”

A third commented: “Y’all do realise we need the army right.”

But some supported her comments.

One user said: “Mia single-handedly dismantling the concept of war.”

Another added: “I mean… where’s the lie.”

One person commented: “Some of y’all missing the point.

“She isn’t dissing the people but the structure of gov with the armed forces and treatment after serving.”

i asked mia khalifa if there is a difference between the sex work industry and hollywood pic.twitter.com/GossWfire4

Despite the controversy, Mia Khalifa stuck by her comments, taking to Twitter to respond to some of the backlash.

She wrote: “To everyone up in arms about my statement that being in the military is worse than being on OnlyFans cause you’re selling your body to the govt – we’re both serving this nation!

“What do you think they sent for morale back in the day? More troops, or Marilyn Monroe in a skirt???”

“The beautiful part about OF [OnlyFans] is that you don’t have to take your clothes off in the military.

“You do, however, have to go destabilise a country and die in the name of crude oil if the President is in the mood that week.”

Her additional comments did little to change some people’s minds.

One person told Mia: “The statement is stupid, if you’ve never been in the military, no way you can honestly say that being in the military is worse.

“If you feel like what you do services the nation, go with that. You don’t need the comparison to the military.”

Another said: “Yeah, this ain’t it. Just delete and take the L on this. Completely disrespectful.”

Dhiren is a journalism graduate with a passion for gaming, watching films and sports. He also enjoys cooking from time to time. His motto is to “Live life one day at a time.”
Indian Woman visits Ancestral Home in Pakistan after 75 years
Samina Baig becomes 1st Pakistani Woman to climb K2