Martin Wickramasinghe is a celebrated writer of Sinhala literature. DESIblitz explores the magnificent work of this Sri Lankan novelist.

Martin Wickramasinghe is a legend of Sinhala literature. The man travelled a long way through his writing to explore the roots of Sri Lankan life.

Wickramasinghe was born in 1890, in the town of Koggala, in Southern Sri Lanka.

Koggala is a scenic location surrounded by the sea, and Wickramasinghe spent a carefree childhood there, which later influenced his writings.

He learned the Sinhala language at his village temple from a Buddhist monk and later studied in a village school for some time.

In 1897, he was sent to an English school in Galle called Buena Vista, where Wickramasinghe excelled in English and Latin.

Martin Wickramasinghe began his literary career in 1914 with his debut novel Leela and a collection of essays on literary criticism Shastriya Lekhana in 1918.

But his ground-breaking novel with serious intent, titled, Gamperaliya was published in the year 1944.

Wickramasinghe played many roles in Sri Lankan’s literary arena. As a constructive philosopher, an inspiring thinker and a great novelist who divulged the story of his era and its people.

Many of his works have been made into films and soap operas.

Wickramasinghe’s oeuvres don’t carry the contents of popular literature, but Sri Lankan mainstream media have been celebrating his works.

As a result he has been able to acquire a unique place in the realm of Sinhala literature even today.

Wickramasinghe was one of the pioneers of the genre of poetry called Nisandas, which broke the conventional rules placed on poetry.

He was inspired by the works of Eliot, Pound, and Whitman. 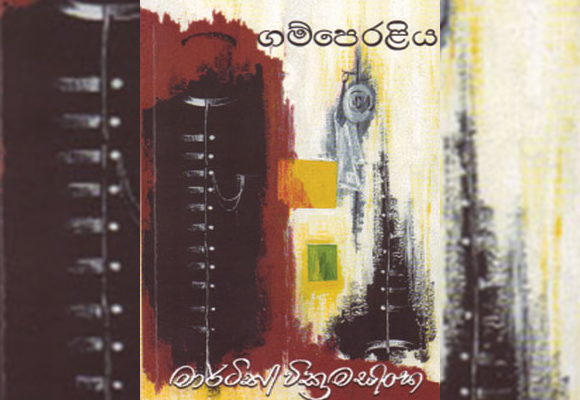 The most illustrious novel of Wickramasinghe’s popular trilogy is Gamperaliya. The novel gives a picture of the collapsing of a traditional village life by the bulldozers of modernisation.

Based on a feudalistic family of the village, this novel articulates the story of three generations.

The way that historical politics functions on rural feudalistic families, and the thriving of a new middle-class society, is drastically described in Gamperaliya.

Piyal, a face of this new social class, gradually attacks this feudalistic society. He is a handsome English teacher, who falls in love with Nanda, a high-class family girl.

Their relationship plays the transitional situation of the class struggle in ancient Sri Lanka.

This realistic novel portrays the breakup of village life and the penetration of modernisation.

Gamperaliya was adapted to a film by renowned director Lester James Peries.

The film was internationally applauded, receiving many awards including the Golden Peacock at the International Film Festival of India and the Golden Head of Palenque in Mexico.

It was also commended in the 3rd Moscow International Film Festival. Cannes Film Festival showcased it in May 2008 under the French title, Changement au Village. 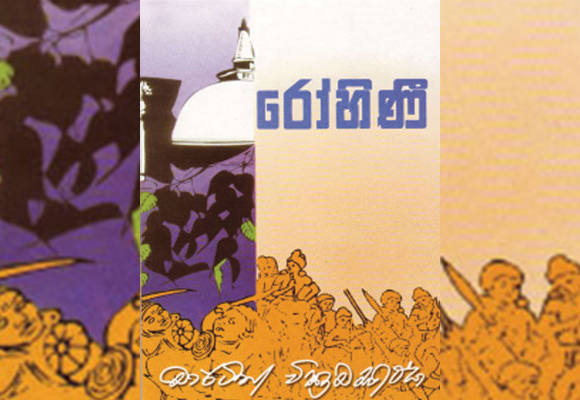 A tale of romance set in the locale of the Dutugemunu era represents a legendary affair between Athula and Rohini.

Athula, a war hero from the Army of King Dutugemunu, falls in love with the young princess Rohini, whose father is a minister of King Elara.

Princess Rohini is also proposed to by her father’s diplomatic friend, Mithra.

In this novel, Wickramasinghe tends to emphasise the critical political issues hidden behind the romantic story.

Many anthropologists and historians find it interesting for its historical references and it is also considered to be one of the timeless classics of Sinhala literature. 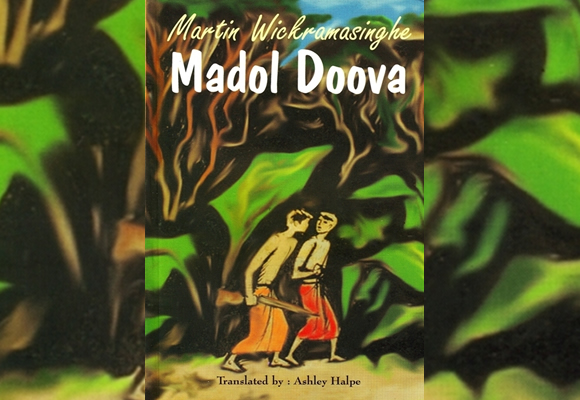 The famous young adult novel of Martin Wickramasinghe has been included in the literature curriculum of Sri Lankan schools.

The story takes place in the 1890s and portrays the lifestyles and culture of that pre modern era.

It is an adventure story of Upali Giniwelle, and his servant friend, Jinna.

The main characters in this novel, they are notorious youngsters who explore their lives by outrunning their parents.

Wickramasinghe sarcastically portrays the failure of adults in understanding the world of children.

They cultivate this land and gradually become businesspersons.

The story of these two youngsters has been created by Wickramasinghe as an adventure which delights the reader till the end.

Madol Doova has been translated into more than 9 languages including English and it was made into a film in 1976 by Lester James Peries. 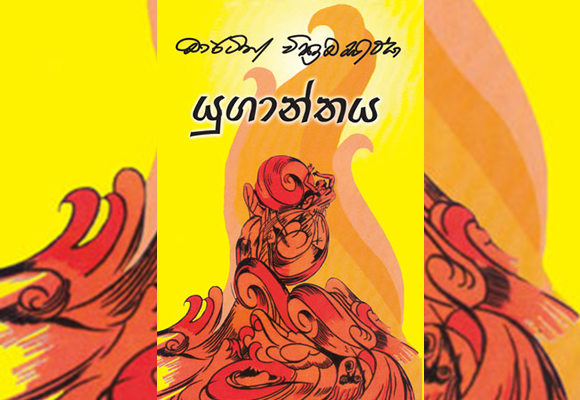 The last novel of his trilogy, tells the story of the collapse of feudally rooted Sri Lankan upper middle-class society and the emergence of new English-speaking capitalistic upper-class society.

Simon Kabilana is an influential cold-blooded capitalist who abuses his workers and generate high production shares.

In comparison, his son Malin, has been educated in England. And venerating Marx and Lenin, he possesses opposing views.

Malin eventually gives up his fortunes and confronts his father’s suppression.

The novel ends with the emergence of modern political tradition which encloses English speaking urban crowd and foreign educated capitalistic people who proclaim themselves as socialists.

Yuganthaya explains the new wave of Sri Lankan political and social interests based on their political ideology using the characters Malin Kabalana and Aravinda Wiharahena.

The book is an artistic depiction of Sri Lankan political history and its rapid changes. It was adapted to many stage plays and got attention for its intertextuality. 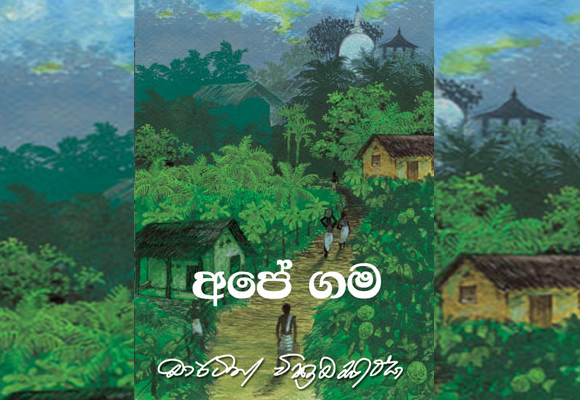 The realistic and soulful portrayal of typical rural life, Ape Gama is one of best novels written by Martin Wickramasinghe.

When reading this book, one can feel the depth and details of life in the rural community as he vividly describes every single experience of his village life.

Even though it is considered a children’s novel, it entertains adult readers as well.

Anyone can enjoy this book because we all share that nostalgia for our past, especially if one is coming from a village.

This novel takes us on a journey back to our childhood and reminds us the beauty of our own past.

Martin Wickramasinghe was awarded an honorary Ph.D. by the University of Ceylon in 1970.

His literary contribution and his writings brought an identity to Sri Lankan literature.

Wickramasinghe is celebrated by both readers of serious literature and admirers of popular literature, because of his portrayal of the reality of Sri Lankan life.

His writings aren’t just fictions but are historical references of Sri Lanka’s past and its culture.

Shameela is a creative journalist, researcher and published author from Sri Lanka. holding a Masters in Journalism and a Masters in Sociology, she's reading for her MPhil. An aficionado of Arts and Literature, she loves Rumi's quote “Stop acting so small. You are the universe in ecstatic motion.”
Raja Ravi Varma ~ An Exquisite Indian Oil Painter
Bare Lit Festival celebrates Ethnic Writers