In an exclusive Gupshup with DESIblitz, author of the acclaimed Bollywood Series, Puneet Bhandal, talks about writing, her creative inspirations and the glamorous world of Bollywood.

"It’s quite a magical thing, Bollywood. The outfits and songs, it’s really enchanting.”

Starting her career off as a Bollywood journalist for the Eastern Eye, Puneet Bhandal was immersed in the world of Indian film. She spent her days on film sets interviewing Bollywood celebrities and directors at the top of their game.

She inevitably became a walking encyclopaedia for the magical world of Bollywood that paved the way to her literary career.

Even though Puneet received an education in IT, her chosen career path was not a surprise. She grew up with Bollywood and vividly recalls visiting the cinema frequently with her family to watch Indian films.

On recollecting her childhood inspirations, Puneet, in an exclusive Gupshup with DESIblitz, says: 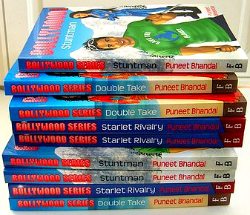 “I never really found any novels that I found inspiring. When I used to go to the library, I used to feel quite lost. I think a series of books like [Bollywood Series] at that time would have been amazing for me.”

Puneet soaked up the vibrant Indian culture with Bollywood magazines and is proud that Bollywood has such a significant effect on today’s culture.

So much so, that she found it such a shock when she couldn’t get hold of a fictional Bollywood novel for her daughter to read. Instilling the same sense of humble roots in her children was important and at the same time, she wanted to convey the whimsical message of Bollywood to the masses in literary form:

“It’s just something that occurred to me while looking around for books for my daughter, who was about four years old at the time. The image of a Bollywood DVD cover came to mind,” Puneet says. 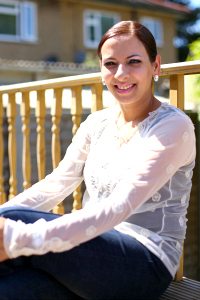 “I thought that it would be quite nice, because she used to like watching Bollywood songs on TV. It’s quite a magical thing, Bollywood. The outfits and the songs and the dances, it’s really enchanting.”

A light bulb went off in her head and Bollywood Series was created. The books named Starlet Rivalry, Double Take and Stuntman are not in a trilogy form and can be read in any order, which provides convenient access for her readers to indulge in her fiction.

Her series is directed to a teenage market, yet unsurprisingly attracts a wide age range. Puneet regularly hears from older readers – many who haven’t picked up a book in their life before and have fallen in love with reading after indulging in her books!

Her books each feature different settings from the Indian film industry, with enough twists and turns along the way to keep you hooked. There is always a comparison between the fictional characters in her books and real characters from the film industry.

Her background as a journalist will obviously be able to harbour a variety of characteristics from celebrities she meets. However, surprisingly, she insists that her characters are fictional with only strands of real life personalities intertwined.

Publishing the series however, was a whole other ball game! With many publishing offers on her desk, Puneet decided to go down the less travelled route and self-publish the series, through her own company Famous Publishing. 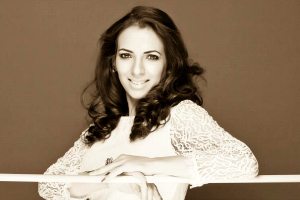 She wasn’t keen on losing the authenticity of her books by handing over the reigns to a mainstream publisher, who would make their own amends.

She also felt like mainstream publishers didn’t understand the world of Bollywood as much as she did and where it would fit in.

Those were the times when High School Musical was a phenomenon and many publishers asked Puneet to lower the age of her heroines. That inevitably sealed her decision to move ahead with self-publishing.

Bollywood didn’t have 12 year old heroines engaging in romantic love stories and by no means was she going to portray that they did. Another factor Puneet took into consideration was the waiting time for mainstream publishers. Waiting 2 years for her books to be published was not a pleasing thought. She went on to publish her books within 6 months. 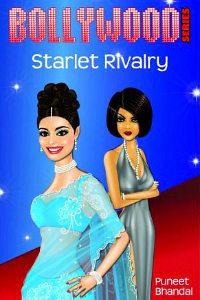 Puneet is so passionate about Bollywood arts and culture that she promotes her books through educational visits to schools and libraries. During her visits, students get a schooling on the Bollywood film industry as well as her books.

Clips are shown and Puneet makes sure of a Q&A session so students get their burning questions answered. They are also encouraged to write small chapters to sharpen their literary skills and even engage in a Bollywood dance workshop – where the boys have been known to outshine the girls!

She enjoys unveiling the perks of the Indian film industry and considers herself an unofficial Bollywood ambassador. Seeing children so inspired by the creativity of Bollywood fulfills her, and is a humble reward to her passionate efforts:

“Being able to create characters and then really enjoying the feedback you get from audiences. They believe the characters, they follow the books,” Puneet says.

“It’s nice to be able to draw on experiences of what you have seen in Bollywood and things that you’ve been kind of influenced by some kind of message.”

Puneet has inevitably paved a way for Bollywood fiction yet she is quick to point out the evident lack of South Asian writers – something she hopes will change soon. For any new and fresh talent, the label of a South Asian writer brings with it many stereotypes and expectations:

She knows only too well about the hardships associated with publishing and is more than willing to give advice. She stresses to never give up and be true to your original concept, alongside being able to take constructive criticism and network with as many people as you can.

With her success, it’s just a matter of time before a flurry of bright South Asian writers will make their work visible for the rest of the world to read. As for Puneet, she hopes to keep writing and is working on book number four!

Jabeen is a journalist with an unrequited love for crime novels and paranormal documentaries. She's working towards her goal of becoming a presenter and lives by the motto of 'the greatest pleasure in life is doing what people say you cannot do.'
The Pakistani Wedding Ceremony
Footsbarn presents the Indian Tempest