London Fashion Week 2012 will be featuring some of the most talented designers in today’s fashion. The six day event takes place around London and DESIblitz will be attending two shows to bring you special coverage of two designers – Yes London and John Peter of London.

eighteen extraordinary designers will be showcasing their exquisite creations

A prestigious time in the British fashion calendar is upon us – London Fashion Week (LFW) 2012. Between Friday 17th February and Wednesday 22nd February, this fashion fest will showcase many of the exquisite creations by both established designers and up-coming new talent. 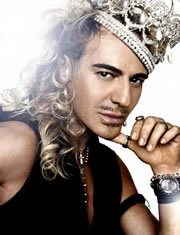 The first ever London Fashion week was in 1984 and it was in this year Gibraltarian-British designer John Galliano presented his collection. His collection was inspired by the French Revolution. This was greeted with great praise and Galliano became one of the greatest designers of the late 20th
Century.

Part of this fantastic fashion event are the ‘Off Schedule Shows’ which take place in between the main schedule shows of LFW. Being held at the delightful ‘The Westbury’ hotel in Mayfair, London, eighteen extraordinary designers will be showcasing their exquisite creations on Saturday 18th and Sunday 19th February 2012.

DESIblitz has been specially invited to attend two of the ‘Off Schedule Shows’ on 18th February 2012, allowing us to bring you focused coverage of two amazing designers. Namely, Yes London and John Peter.

Let’s find out more about these two active brands in the fashion world.

Yes London
An Italian brand, but why the name Yes London? The designer is fond of London as it’s a city that sets new trends and lifestyles, and the designer wanted his brand to be launched; a trend setter, class, chic and sophistication that any women would dream to be.

This brand has succeeded and continues to succeed nationally and internationally. This is all due to the creative genius designer’s team headed by Gino Iavarone.

The show is presented by executive producer Robbie from Italy and the internationally acclaimed and successful fashion model Forough from Germany. It is based on its Italian counterpart whom was presented by Yes London designer and shot by “Carlo Battillocchi – backstage Yes London 2007.”

This kind of fashion show concept has been copied in several different countries and has become a huge commercial success. The Italian version has been broadcast since 2007 and was first shown at Milan Fashion week.

Every show follows the same basic structure: twenty young girls are chosen from a crop of young hopefuls by a jury consisting of media-acclaimed fashion and modelling experts and the Yes London designer. The success of the show cannot be disputed: the ratings of the show demonstrate that 1,000,00 viewers watch Yes London’s show 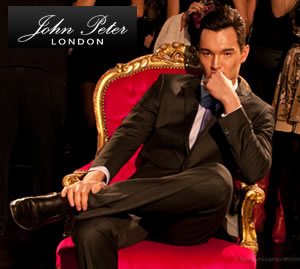 This brand was named after the designer himself. Quality and tailoring is also intrinsic to the Italian sensibility. A new label that epitomises both has emerged from a 20-year strong lineage. Strong acceptance domestically and internationally with the likes of Harvey Nichols, Joyce, Lane Crawford, Matches and Browns plus being named as one of the best new emerging designers for Talents.

Targeting the male market only, highlighting to men that fashion is just as important to them as well as women. The designer is inspired by fashion of all sorts; military, collegiate, pop art, stylish trousers and jackets with equally very stylish trainers. Not your loud complicated designs, but simple, classy and British.

Created by and for a youthful demographic of under 35. Blending comfort and function with a distinctly Italian preppy edge, the Men’s collection is fresh and modern yet combines achingly simple pieces together. The suits and shoes are more fashion focused with an emphasis on elite style and staying current to the season. Either way, this is one label to watch as they make their mark on the international fashion scene. To see some of the designs visit: www.johnpeterlondon.co.uk.

Both labels Yes London and John Peter will be closely watched at LFW 2012 by your very own DESIblitz’s fashion editor. So, look out for our coverage which will unveil to you, the creations of these two wonderful designers.

Savita Kaye is a professional and hardworking independent woman. She thrives in the corporate world, aswell as the glitz and glam of the fashion industry. Always maintaining an enigma around her. Her motto is 'If you got it show it, if you like it buy it'!!!
Search for Face of Inspiration Couture 2012
Lingerie is not just for Valentines