Search for Face of Inspiration Couture 2012

The search is on to find the ‘Face of Inspiration Couture 2012’ and on May 26th 2012 all will be revealed at a celebration for a good cause, which will raise funds for Great Ormond Street Hospital.

The winner will be announced during the show in May

On Saturday 26th May 2012, Anshu, will be holding a spectacular event to raise vital funds for Great Ormond Street Hospital Children’s Charity at Gilgamesh in London. 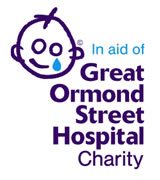 This celebratory night will be full of food, drink, music and special guests. The Face of Inspiration Couture will represent today’s generation and connect with the young Asians who want to live and wear the Bollywood dream; The Asian As Seen on Stars (AASOS).

This will be a fun-packed evening raising money for a very deserving cause. There will be entertainment to suit every taste and a whole section dedicated to the charity for collections on the day.

Casting for this prestigious competition will be held on Saturday 18th February 2012 at Tamara Lounge, Uxbridge with “Jeet & Kaki” from Channel 4’s “The Family” on the judge’s panel and top Asian model/presenter Yuvna Kim. The winner will be announced during the show in May.

Great Ormond Street Hospital Children’s Charity needs to raise over £50 million each year to make sure the hospital remains the world-class pioneering institution it is today.

When Anshu was asked ‘Why Great Ormond Street Hospital Charity?’ She replied:

“After coming back to the UK after 2 years from working in the Indian film industry, I began my career at GOSH and found a deep affinity with the hospital and its work.”

If you would like more information about how you can help Great Ormond Street Hospital Children’s Charity please visit www.gosh.org or call 020 7239 3000.

Based in London, Inspiration Couture brings a collection of authentic and modern ready-made outfits from bridal to casual wear, along with exquisite Bollywood inspired outfits.

As a leading actress in the South Indian film industry, Anshu has appeared in many movies alongside actors such as South Indian superstar Nagarjuna, Prashanth (famous for movie “Jeans” with Aishwarya Rai) and Bollywood actress Sonali Bendre. With a national Filmfare award for the Best Female Newcomer in the film Manmandudu, Anshu has also been brand ambassador for many high profile brands in India including Indian Airlines, Francis Alukkas Enterprise and Colgate.

Inspiration Couture thrives on creating outfits are inspired by Bollywood and are ready for challenges that can give them the chance to re-create an outfit as worn by the stars especially for you. The Bollywood Inspired outfits are made from lush fabrics such as pure silk, satin etc. So you will be wearing an outfit made at a very high quality. Alternatively, if you prefer a readymade outfit, they have an extensive collection of beautiful designs for any occasion.

Savita Kaye is a professional and hardworking independent woman. She thrives in the corporate world, aswell as the glitz and glam of the fashion industry. Always maintaining an enigma around her. Her motto is 'If you got it show it, if you like it buy it'!!!
New York Fashion Week 2011
LFW Off Schedule Shows 2012