Gay rights in India is not just a legal issue but one that challenges its culture and values. DESIblitz explores further.

"Gay sex is not natural and we cannot support something which is unnatural."

Gay rights in India are riddled with unacceptance due a mixture of law and vehement cultural differences.

In 2012, the Indian Supreme Court revealed that there are 2.5 million gay people recorded in India.

However, it is more than likely that this number is not a true reflection of the gay society in India. To avoid discrimination, a higher percentage of gay people have concealed their sexuality.

Section 377 of the Indian Penal Code, which is an old law from the colonial era in 1860, criminalises any form of gay sex and imposes a sentence of life in prison.

The law is under review by the Indian Supreme Court, where it has heard a ‘curative petition’ against its decision and accepts the issue is a ‘matter of constitutional importance’.

If gay sex is decriminalised in India what does it really mean for the gay community in real terms? Since India is still a country that is founded on many traditions and cultures which do not accept gay sexual orientation.

Celebration of the legislation in 2009, was still only a victory for a huge minority which had no stance, when the law was overturned five years later.

Party president of the BJP Rajnath Singh opposing gay relations and in favour of section 377 said:

“Gay sex is not natural and we cannot support something which is unnatural.”

Activists protested and modern India was appalled but it made no difference to the majority with strong anti-gay views.

Therefore, indicating that are gay rights literally accepted on a surface level by many in India? Depicting the country is merely showing its ‘compliance’ with the attitudes in the West?

In reality, such conformance does conflict with the traditional fabric of the country. Especially, in rural areas with strong orthodox values.

Leaving many from the gay community in the stricter parts of India, forced to live double lives and left not to come ‘out of the closet’. Due to fears of backlash, forced into a hetro-sexual marriage or being disowned by family.

Marriage is a major aspect of Indian life. And an Indian man or woman not getting married leads to many unwanted questions and tremendous pressure from family. So, being gay adds a huge complication.

Therefore, the popularity of marriages of convenience is one way how gay people are living life as a married couple in front of society but still living their gay lives as individuals. 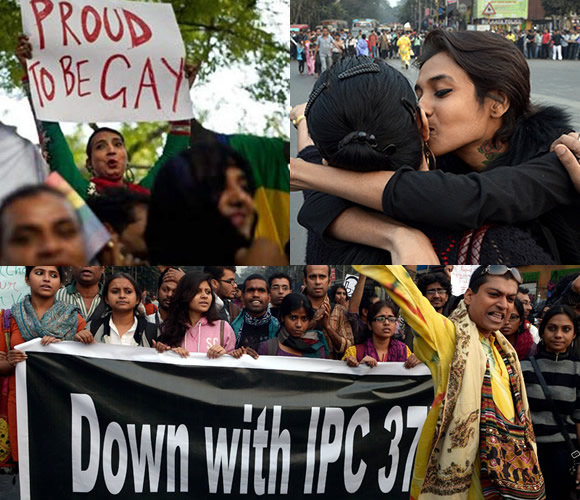 However, the landscape for being gay in major cosmopolitan cities and amongst the middle classes is not as bad as it was once. For the fight for gay rights has spread amongst the legal, academic and creative types.

Many argue that non-acceptance is a failure to allow the freedom of choice and identity of every human. And that India needs to realise that being ‘gay is as normal as being a transgender’.

Anand Grover, a prominent human rights lawyer led a case for over a decade in the Delhi High Court to get Section 377 declared unconstitutional due to its violation of equality, privacy and dignity of Indian citizens.

Grover’s case attracted media attention and brought the gay issue in India to the fore.

When the case started no one would admit openly they were gay. Gover says:

“Today, because of that case, things have changed completely. The media coverage became ever more sympathetic to the cause of LGBT rights.”

Television debates revealed family members admitting they had someone in the family who was gay and it was ‘perfectly OK.’

The judge for the Grover case was Justice Ajit Shah. He is supportive of gay rights and says:

“Section 377 has no place in modern India. and it can and must be replaced.

“Many people present in court when I gave my judgment broke down and wept. The middle class has stopped joking about homosexuals, and the language of homophobia is ebbing away.”

Shah feels that India cannot force the genie back in its bottle. It is out now.

One example is of a father and son from Mumbai. Pradeep, is a middle-aged business executive and is the father of Shushant Divgikar, who won Mr Gay India 2014.

When Sushant revealed to Pradeep he was gay, his father says:

But not everyone is so optimistic.

Academic and gay rights activist R Raj Rao, says he is against ‘coming out’ in India. 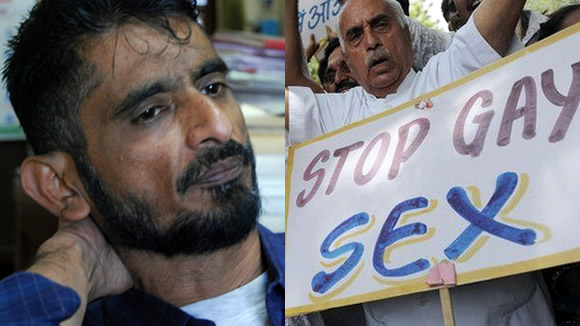 He feels the overturning of the law in 2013 came as a huge and unexpected shock to the gay community and has resulted in over 500 people getting harassed and arrested under Section 377 by police.

Rao feels that ‘coming out’ often ends up taking away what joy there is in the life of a gay person.

For lesbians it is even a tougher scenario.

Rati, a lesbian in India feels there are three types of lesbians in India.

“The poor, middle-class and rich lesbians.

“The first class doesn’t exist, it’s a myth. Poor girls do not have time to worry about their sexuality. They much rather worry about food, shelter and clothing. Then the middle class lesbians, well these poor bunch just remain single feminists for the majority of their lifetime.”

“If they do get lucky enough to find someone, they have to run away from their homes and be estranged from their families for the rest of their lives.”

Chayanika, a middle-aged lesbian, highlights that the traditional family structure in India has no room in it for being gay.

So coming out tends to result in abuse, torture and forced marriage, especially for young women, who are not openly allowed to practice sexual expression in India. 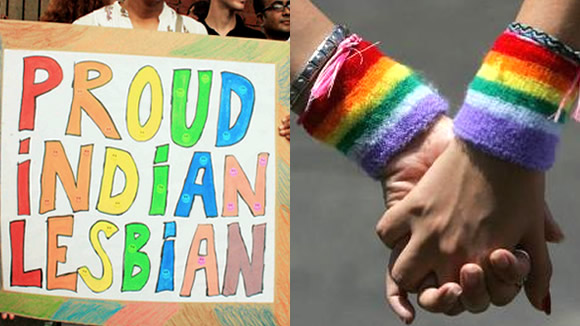 Rohan Sharma, who is gay and supports LGBTQ issues in India says:

“I’ve known my sexuality when I was in 12th. I hail from a small village of UP. but I never discussed it with anyone. Though having sex with boys or f****g boys is an act in which many guys are involved in india. But loving them is a different case.”

Sonal Gyani, who runs a legal advocacy service which represents gay people, highlights that blackmailing and police harassment are a growing issue, due to section 377.

Gay people are being blackmailed by extortionists. They are coaxed into sexual dates, have photos taken of the act in secret and then threatened with them. Police sometimes even take a cut by being part of the blackmail.

Even being bisexual is not easy in India.

Zareena who is bisexual, finds it extremely difficult to be open in society about her sexuality. She says:

“Most homosexuals here aren’t open about their sexuality, and I wasn’t even aware that there are a sizable amount of us until I joined some Facebook groups.

“My family still doesn’t know about it, and I’ll probably never tell them either.”

Gay people are attacked and judged, because Indian society ‘fears’ that the practice may ‘spread’.

Many people who are anti-gay promote that it’s a ‘contagious disease’, which can be ‘cured’ by certain things, including yoga, ayurvedic medications and re-conditioning of the mind using Pavlov Conditioning.

So, even if gay rights are legalised, there will still be a huge ongoing battle, which is not easy to win in India, due to the vast differences in a nation of different cultures, traditions, values and opposing views.

Some contributor names have been changed for anonymity.