India turns its back on Gay Rights

In an unexpected turn, the Indian Supreme Court has criminalised gay sex in India. The decision is a reversal of the 2009 Delhi High Court ruling that made homosexual relations acceptable. We explore the reactions in India to this sudden turn around.

“We are proud that our culture has always been an inclusive and tolerant one."

What once marked India’s most equal and forward thinking legislation has taken a backward turn.

After only 5 years, the Indian Supreme Court has reversed its stance on gay rights, calling for an outright ban on gay sex. The ban reiterates the pre-existing colonial law of 153 years which saw homosexuality as an ‘unnatural offence’ that would be punishable by a 10 year jail sentence.

The legislation that was made by the Delhi High Court (a lower court) in 2009 finally decriminalised homosexual activities among its citizens, in what was viewed as a landmark decision by the nation.

At the time, DESIblitz wrote about the reactions of the Indian community towards the legalisation of homosexuality, and found them to be extremely mixed. 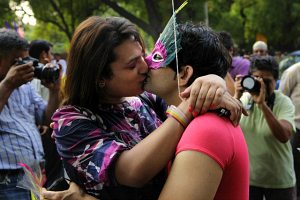 In particular, one reader commented:

“Gay relationships amongst both women and men have been going on before this law and it was all hidden. Now it is out in the open but it does not mean it is acceptable. The only thing this is doing is going to encourage this type of behaviour more.

“India is too keen to follow the West since the IT expansions in the country and this is another typical example of it trying to be ‘in line’ with the West. Leaving its own rich cultural heritage and moral beliefs behind. Sad really because the country may be richer in terms of wealth now but not so rich in its cultural values.”

It is no secret that homosexuality in South Asia has been a sensitive issue for generations. The simple fact that such an intuitively traditional nation like India could accept same sex relations was a surprise to many.

Numerous religious leaders of the many faiths of India disapproved outright. Since then, they have been consistently lobbying for the law’s reversal, and now it seems they have got their wish. 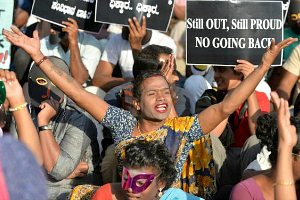 But what does this tell us about the attitude of India towards those communities that do not make the majority, or the cultural norm?

Meena, one listener during a debate on the issue on the BBC Asian Network said:

“[Heterosexuality] might seem a cultural norm, but it doesn’t mean that [homosexuality] doesn’t happen in India underground because people are too scared to say anything.

“It’s only the cultural norm because people have been too scared to be themselves or to outwardly admit that they are gay or transgender or whatever.”

From the Naz Project, an NGO that provides sexual health support to ethnic minorities, Asif Quraishi said: “This is a civil matter, if two consensual people are having a relationship, in the privacy of their home away from society; they’re not harming society, then it shouldn’t be seen as criminal. 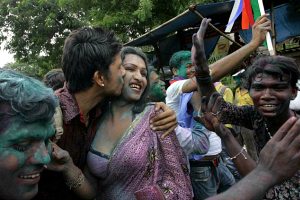 Ever since its Independence over 60 years ago, India has existed in a state of flux; on the one end, attempting to break free from its colonial oppressors and return to its cultural and historical roots, and on the other, become the most forward-thinking and liberal nation in South Asia.

Is it simply a coincidence that the initial 153-year-old law passed criminalising homosexuality was a British one?

The law in question is Section 377, which stipulates: “Whoever voluntarily has carnal intercourse against the order of nature with any man, woman or animal, shall be punished with imprisonment for life, or with imprisonment of either description for a term which may extend to 10 years, and shall also be liable to fine.”

India widely admits itself as being the largest secular democracy in the world. But such democratic belief must be in line with the acceptance of all individuals, irrespective of gender, class and sexual orientation. Recent national events only propagate the gender and class inequality that exists in the land, so why should attitudes towards gays and lesbians be any different?

One British Indian found the reversal interesting: “India is caught between the forward liberal views of the metros and the deeply entrenched cultural and religious attitudes of the rest of the country. 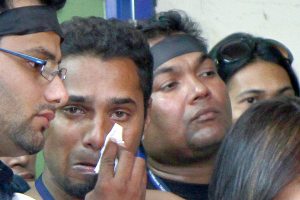 “The internet and TV have given Indians glimpses into a Western lifestyle. That being said, big cities are different from the rest of India. And this liberalism I think doesn’t extend beyond the cities. Yet, at any stage, India is a fiercely patriarchal society.”

Indeed, such a big divide between the urban and rural can be seen in the reactions to same-sex relations.

But did the 2009 law itself make any sense to the nation it was serving? How can a state which although considers itself secular but where Hinduism, Islam and Christianity are so prominent allow for the legalisation of homosexuality?

Did the 2009 law even change the stigma and malevolence that many gay and lesbian Indians face on a day-to-day basis?

Much of the outcry to the reversal has been from human rights organisations and the liberalised inner cities. The UN high commissioner on human rights, Navi Pillay, has pleaded with the Supreme Court to take back its ruling, insisting that it is a ‘significant step backwards for India’.

Sonia Gandhi also said in a statement: “We are proud that our culture has always been an inclusive and tolerant one. I hope Parliament will address this issue and uphold the constitutional guarantee of life and liberty to all citizens of India, including those directly affected by this judgement.”

Popular Indian author Vikram Seth said: “Today is a great day for prejudice and inhumanity and a bad day for law and love.

“I wasn’t a criminal yesterday but today I certainly am. And I propose to continue being a criminal. But I do not propose to ask the permission of their lordships when deciding who to love and whom to make love to.”

Personalities from the Bollywood world have also stepped forward to show their disapproval of the Supreme Court’s decision: “I am most disappointed with this judgement. It feels very intolerant and violative of basic human rights. It’s a shame,” said Indian actor, Aamir Khan.

But as for the attitudes of those in rural India, who live and breathe their conservative traditions, what do they think? Interestingly a significant majority of our readers insist that homosexuality is a wholly un-Indian crime that has been adopted by the West – it is due to modernisation that such ‘feelings’ have shifted over and corrupted and brainwashed the innocent Indian populace. For this reason then, it must be stopped.

Yet, while the Supreme Court has announced its firm opposition to homosexuality, the Indian parliament will have the final say:

“It is up to parliament to legislate on this issue. The legislature must consider deleting this provision (Section 377) from law as per the recommendations of the attorney general,” said Justice GS Singhvi, head of the Supreme Court bench.

India must now decide whether it will choose to be the world’s biggest democracy that it regards itself and offer equal opportunities to all irrespective of their sexual orientation, or whether it will uphold its traditions and cultural attitudes that it has done for centuries past.

Aisha is an editor and a creative writer. Her passions include music, theatre, art and reading. Her motto is “Life is too short, so eat dessert first!”
Sex before Marriage still a Taboo?
Friends with Benefits ~ Easy or Costly Sex?