Bollywood star Kriti Sanon is preparing for the release of her latest film ‘Mimi’, and is showcasing some stunning looks while doing it.

Bollywood actress Kriti Sanon has a stunning sense of style that attracts attention both on and off the big screen.

Sanon has recently showcased a range of stunning outfits while promoting her upcoming film Mimi.

However, one look certainly stands out from all the rest.

The dress is complete with a high neckline and collar, and a daring thigh-high split. 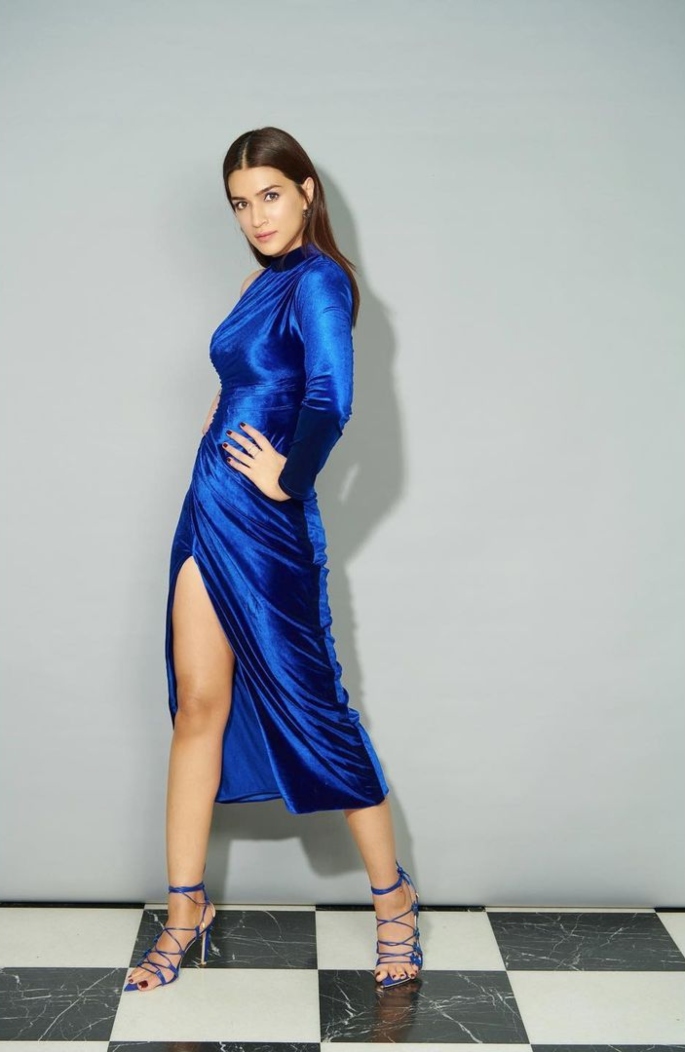 Sanon’s dress is paired with a pair of blue strappy stilettos, and her sleek dark hair is kept loose and straight.

The actress completed her look with matching blue eyeliner and a pair of gold hoop earrings.

The most recent, posted on Friday, July 16, 2021, earned a wealth of positive responses from users. 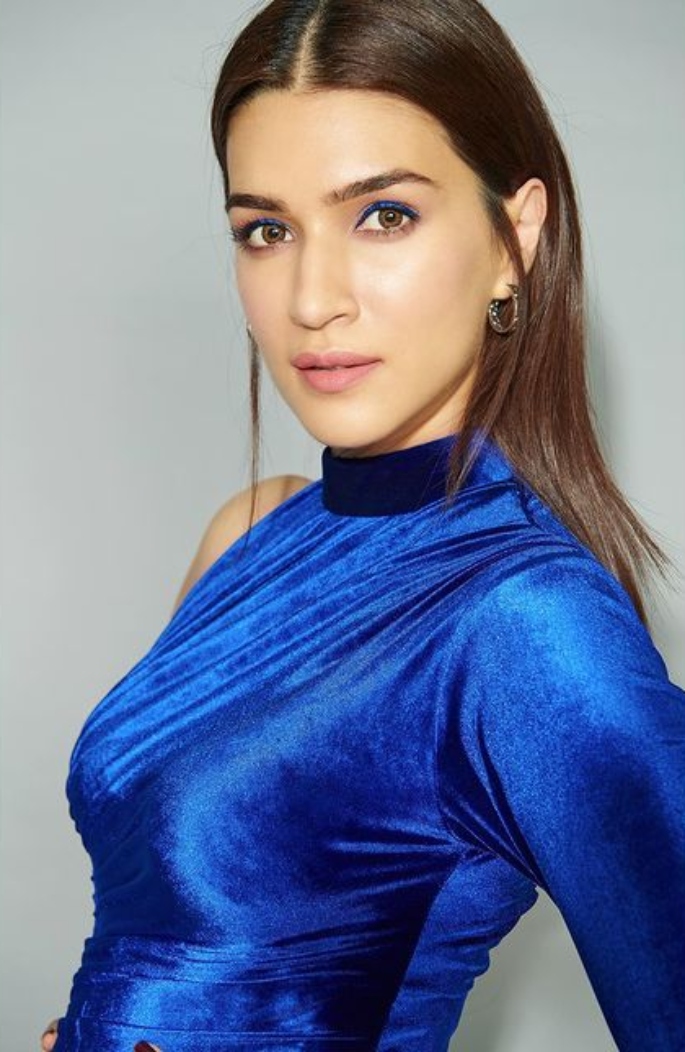 On the work front, Kriti Sanon is currently gearing up for the release of her upcoming film Mimi.

The film releases on JioCinema and Netflix on July 30, 2021.

Directed by Laxman Utekar, it tells the story of a feisty young woman who decides to become a surrogate mother to make money. 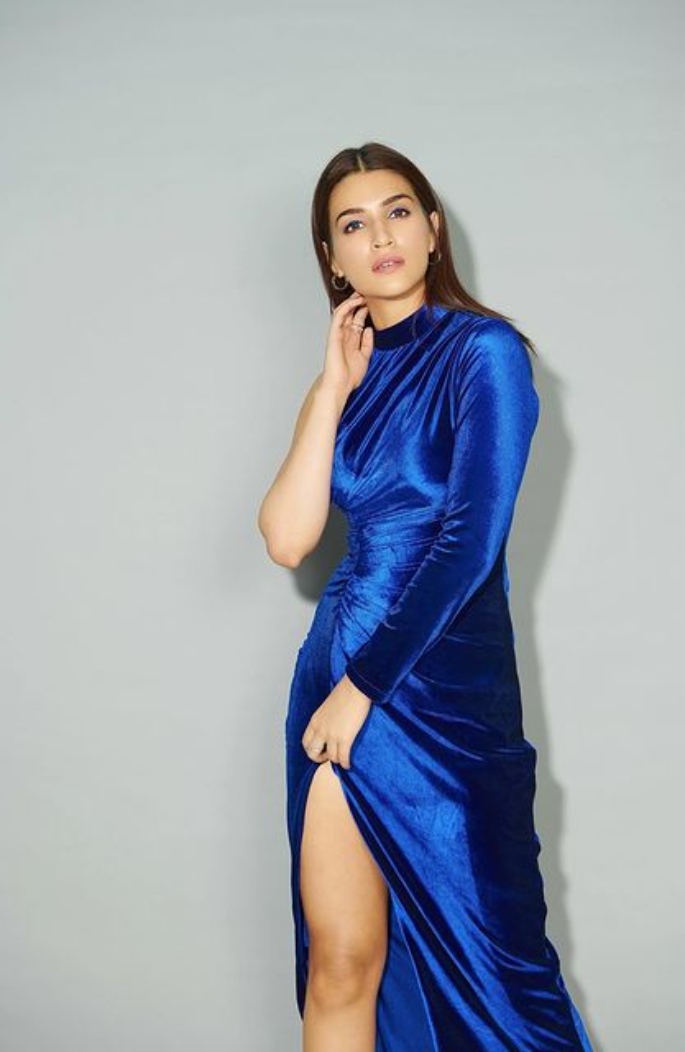 Speaking of her role in the film, Kriti Sanon said that she had to put on 15 kilograms in order to accurately portray the role of a pregnant woman.

She also said that the delivery scene in the film was the toughest to shoot, and she is “petrified” of giving birth in real life.

“I have seen a lot of real delivery videos on YouTube and all I can say is I am petrified to deliver a child in real life.”

“I am not sure if I want to deliver or not in real life… The second half of the film is difficult for me. Especially when Mimi becomes a mother.

“Because this was a scene that I couldn’t relate to – a delivery means a lot of mental change and not just physical change.

“Gaining 15 kilos was definitely tough but the delivery scene in the film was the toughest. And I was very nervous about it.”

The History & Evolution of the Salwar Kameez
Are Desi Women Losing Interest in Modest Fashion?