Kripa Joshi has created a comic character called Miss Moti, a product of her own insecurities and body image issues battled by many South Asian women.

"I created her [Miss Moti] for myself, to deal with my demons."

Kripa Joshi’s comic character Miss Moti is a voluptuous South Asian woman that was created out of Joshi’s own struggles with her body weight and image.

The thought of female comic characters would commonly portray images of a superheroine with the perfect hour-glass figure. However, Miss Moti refutes this stereotype with confidence.

Although Miss Moti is just a fictional character, she has become a superheroine in her own right.

38-year-old, Kripa Joshi admits that she grew up in Nepal, believing she was overweight. It was her inspiration for Miss Moti:

“Miss Moti came out of my struggle with body image issues like being overweight. I wanted to create a positive character that could achieve and accomplish things regardless of her size.

“I was inspired by my mother who, despite her weight, has never let it hold her back from doing anything. She is very active and full of energy. 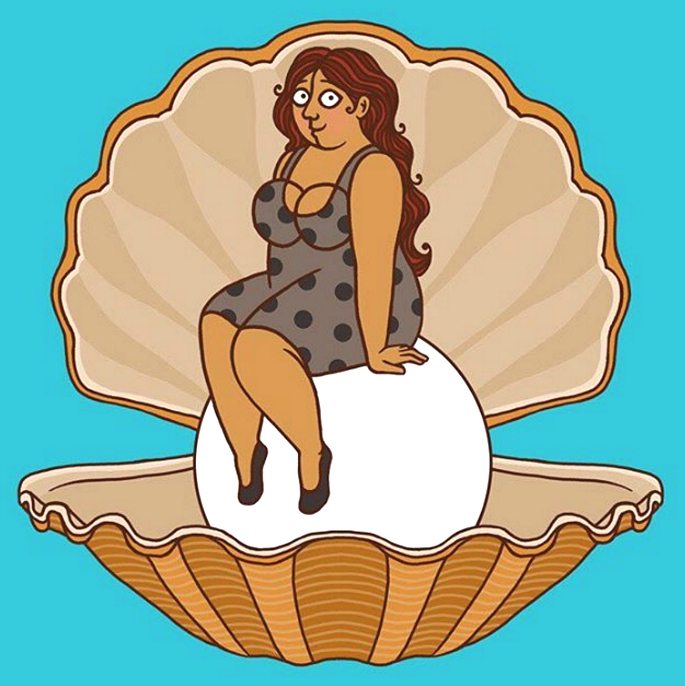 “I wanted to create a plump female character who wasn’t a pity figure, someone who was vivacious and wasn’t held back by her weight[…] I created her [Miss Moti] for myself, to deal with my demons. But I would like her to be able to represent everybody,” explains Joshi.

Miss Moti, is represented as a curvy, determined woman who’s personality was inspired by Joshi’s mother.

Despite her weight, Joshi’s mother embraces her size which is shadowed in Miss Moti’s character. Through her choice of clothing and vivacious character, Miss Moti has become a feminist icon:

“I came up with the name Miss Moti because a friend of mine used to call me Moti. I wanted to change this negative connotation into a positive one.”

Joshi wanted to explore body image issues through this character, and her own insecurities. She believes that these are shared by several Asian women currently battling the same issue:

“Though she looks fat from the outside when you get to know her more – inside and out – she is like a pearl,” suggests Joshi. 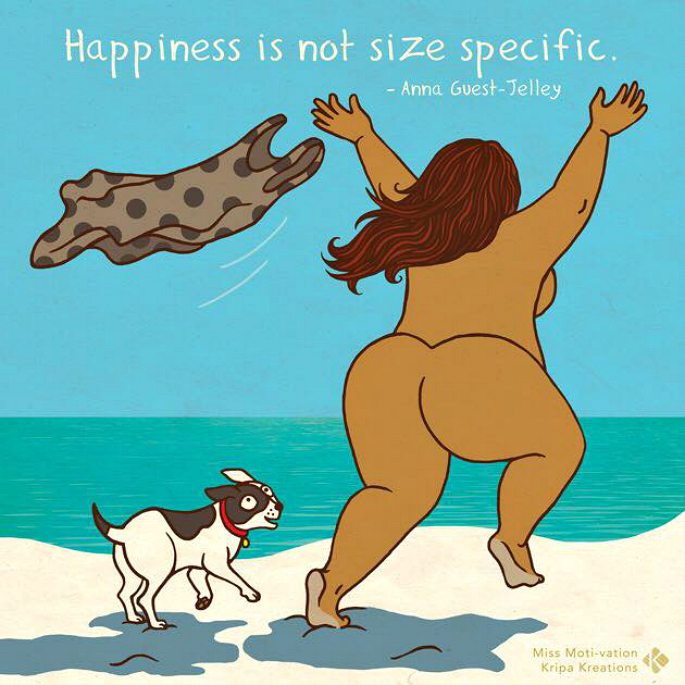 “So the name, and her logo, suggests that Miss Moti might look plump and ordinary, but on the inside, she could be extraordinary and a gem of a person.

“She is very confident, self-assured, and achieves what she wants,” Joshi expresses about her cartoon character.

“She is heavy but healthy and lives by her rules.”

The idea for Miss Moti was born in 2007 during Joshi’s time at the School of Visual Arts in New York City, where she pursued a Masters in Fine Arts (MFA) in Illustration.

Joshi was enlightened by a painting called Hippo and began making comic books to further develop Miss Moti. She also self-published her comics and sold them at comic conventions.

Furthermore, the artist recently released a new series of illustrations titled Miss ‘Moti’vation. She claims this series also appeared out her own struggles and limitations.

These struggles include the earthquake that occurred in Nepal in 2015 which affected the artist, as well as her difficulties in her personal life. 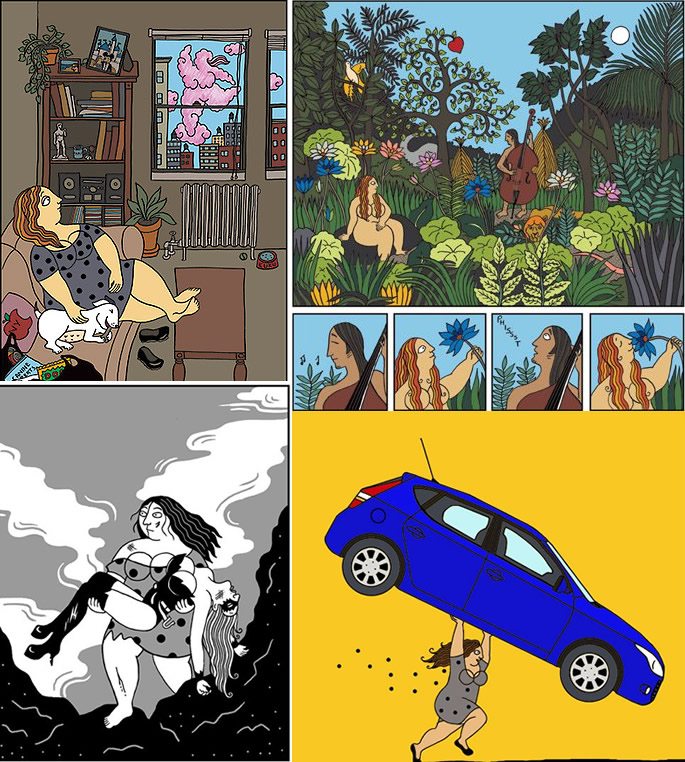 “The most important thing in making a comic is the planning stage where you jot down and plot your ideas quickly. It can be pretty rough and just thumbnails, but it is important to if the flow of the story works well. Planning well ensures that you do not end up wasting time making too many changes during the final artwork.”

As a South Asian woman, Kripa adds that she hasn’t faced prejudice and adds that her ethnicity has opened more opportunities for her:

“I think my South Asian background makes me different. Generally, the comic artists are quite accepting and supportive, especially in the small press and self-published field. I have always had a lot of encouragement from them.”

When asked whether she sees herself as a feminist, Kripa says:

“The values that a woman can be who and what she wants to be is deeply instilled in me and I guess Miss Moti reflects this. I grew up in a household with strong women.

“I didn’t consciously set out to make Miss Moti a feminist. But if she becomes a feminist icon I am happy about that. She was created to deal with body image issues more than anything else. But in defying the modern standards of beauty, I think she provides a counter-point to the notion that a woman’s worth is in how she looks. Miss Moti does not let anything, including her weight, hold her back in life.”

Kripa’s creations are also being published in the Nepalese newspaper the Nepali Times.

Her future aspirations include a five-story book based on the character, tentatively titled Miss Moti in her Elements.

The talented artist also has a desire to make colouring books of Miss Moti for young children. Visit Kripa’s website to find out more about the inspiring heroine, Miss Moti!