Katrina Kaif strikes again, this time wearing a sultry suit get up, and heating up the December issue of GQ India like never before.

the B-town babe opts for a dewy, warm glow for her make-up

Katrina Kaif suits up for the latest cover of GQ India, but not in the way you are expecting.

The gorgeous actress becomes the latest cover girl for the magazine’s December issue, and sends pulses racing with her demanding sex appeal.

The Dhoom 3 (2013) actress flashes the flesh, showing off her enviably toned midriff and taut physique.

Kneeling amidst the scenic beach backdrop in Goa, the starlet dons an all black suit, as well as suggestive lingerie peering out, flaunting a bewitching look that is nothing short of entrancing. 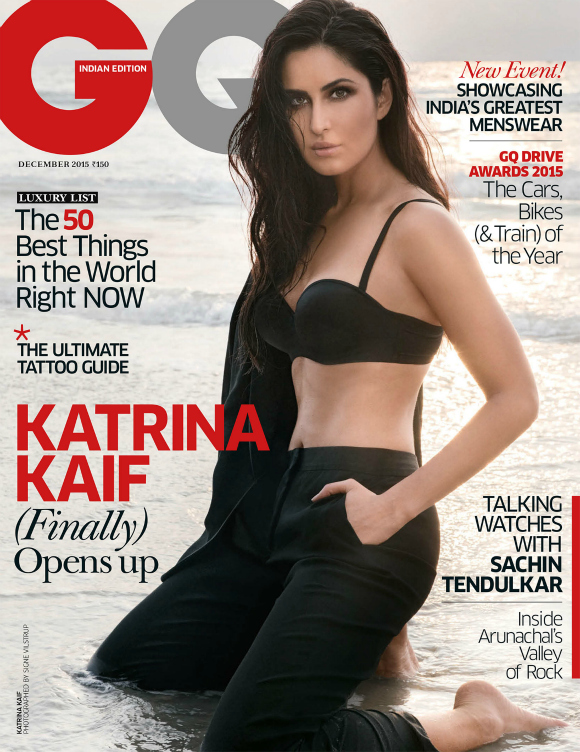 Entitled ‘Katrina Kaif (Finally) Opens Up’, the B-town babe opts for a dewy, warm glow for her make-up, perfectly topped off with tousled, beach waved hair.

And it doesn’t stop there, as the inside pages of the magazine are just as tantilising. 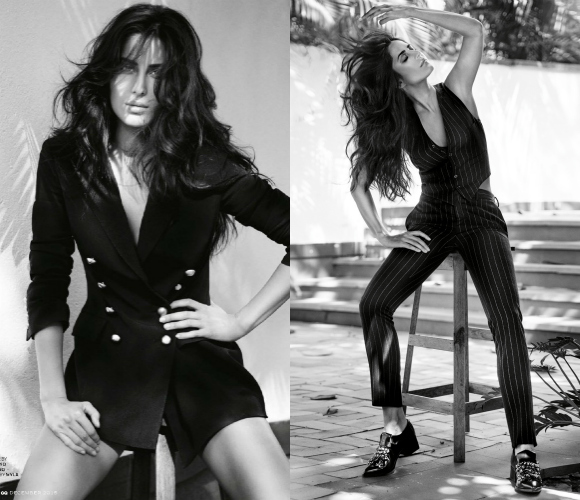 Katrina will undoubtedly entice more love interests with this feisty photoshoot, proving her status as a true Bollywood beauty.

Watch the behind the scenes video here:

Because we know you want more of the scorching hot #KatrinaKaif. The December issue is on stands in Delhi tomorrow pic.twitter.com/TxpjWsvNsL

But whilst her modelling career seems to be skyrocketing, all isn’t going well within her recent movie endeavours, or so the Bollywood grapevine tells us.

Rumour has it that Kaif’s love making scene in the movie, Fitoor (2016), has far from impressed director, Abhishek Kapoor.

Having already run through the hot and heavy scene once, Abhishek supposedly demanded that Kaif and her co-star, Aditya Roy Kapur, redo the shot as it lacked ‘artistic representation’.

Unhappy with having to re-enact the intimate scene, the GQ cover girl had to be calmed down my crew members after her temper got the better of her.

Lucky for the director, she soon came round to the idea, but not after laying down the law first.

Regardless of the movie mishaps, the film is set to be a big hit for next year, meaning 2016 looks bigger and brighter than ever for the star.

And with Katrina Kaif looking as hot as she does on the GQ India cover, we have a feeling she will soon be back on form in no time.

Danielle is an English & American Literature graduate and fashion enthusiast. If she isn't finding out what's in vogue, it's classic Shakespeare texts. She lives by the motto- "Work hard, so you can shop harder!"
7 Fashionable Christmas Jumpers for Women
Anushka Sharma goes Floral for Harper’s Bazaar