Karishma Tanna took to her Instagram handle to share pictures and videos from her intimate wedding with Varun Bangera.

They blew each other kisses.

Karishma Tanna tied the knot with her fiance-businessman Varun Bangera in a lavish ceremony in Mumbai on February 5, 2022.

The wedding was attended by their close family and friends including Anita Hassanandani, Ekta Kapoor, Ridhima Pandit, Harleen Sethi, and Terence Lewis.

Karishma ditched the traditional red lehenga and opted for a pastel shade for her wedding.

The actress wore a heavily-embellished pink lehenga from Falguni and Shane Peacock.

The actress accessorised her look with a matha-patti, a large neckpiece, choker, a delicate nath, and matching earrings.

She kept her bridal look simple with subtle makeup.

Varun complemented his wife in a white sherwani. 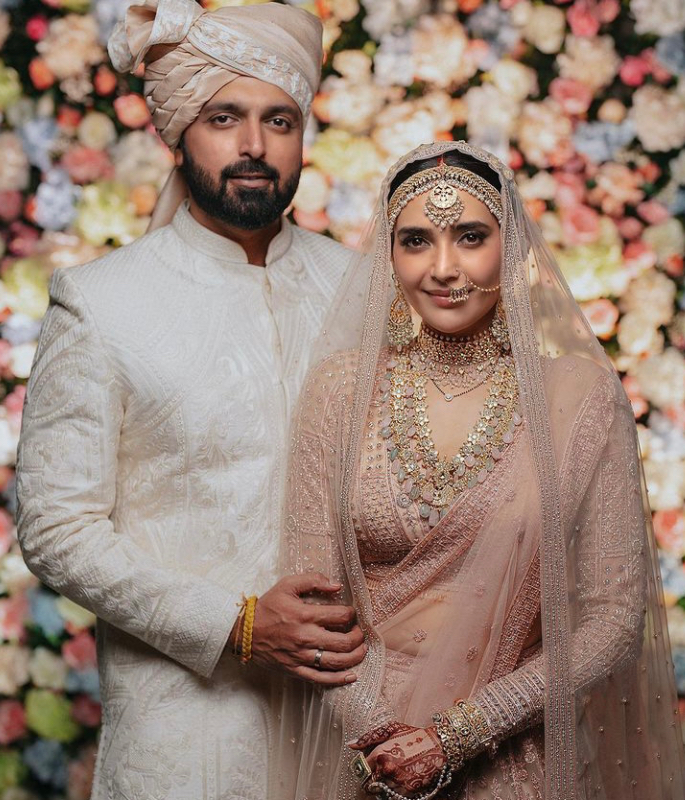 In one of the clips, Varun Bangera was seen applying vermillion on Karishma Tanna’s forehead.

As Varun applied the vermillion, fireworks were lit for them.

Both Karishma and Varun were seen laughing as their friends cheered.

After that, the duo hugged each other and smiled for the camera.

Karishma and Varun exchanged rings in a private ceremony in November 2021.

The wedding festivities of Karishma and Varun commenced on February 3, 2022, with the haldi ceremony.

Earlier, Karishma had shared pictures on Instagram, giving a glimpse into their mehndi ceremony.

She shared a series of pictures from the pre-wedding festivity, in which she wore a yellow lehenga, with matching jewellery and flowers in her hair. 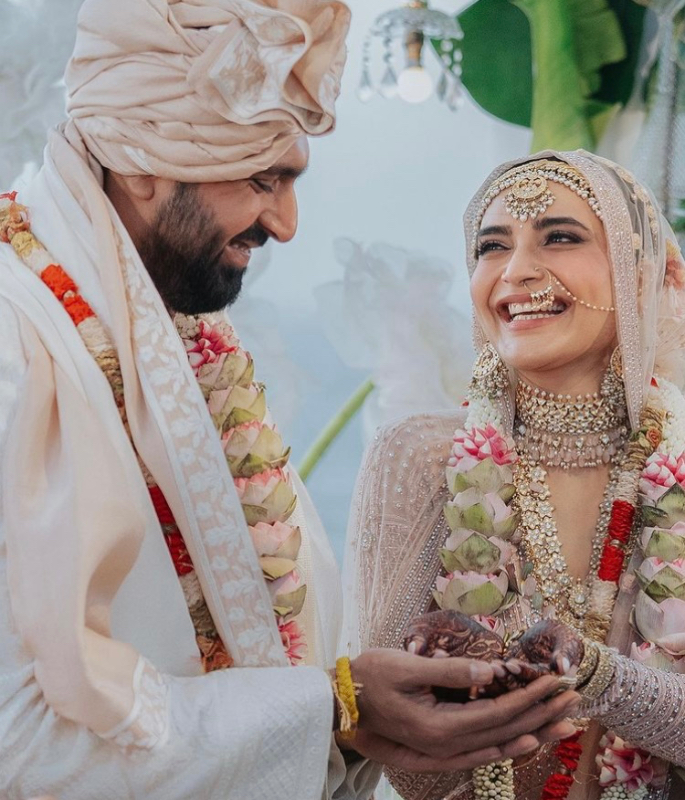 Karishma had also shared a video on Instagram as the duo danced and enjoyed the ceremony.

They blew each other kisses, hugged and also cheered.

Earlier, Karishma Tanna was in a relationship with Upen Patel, whom she met on the Bigg Boss 8 sets.

Later they hosted Love School together.

However, after dating for several years, the couple ended their relationship.

She was a contestant on Bigg Boss 8 and also appeared on the 10th, 11th and 13th seasons of the show as a guest.