Kareena Kapoor ‘Back with my loves’ on Laal Singh Chaddha set

Kareena Kapoor took to her Instagram and shared multiple pictures marking her return to the set of Laal Singh Chaddha.

"And all journeys must come to an end."

To mark her anticipated return to the sets of Laal Singh Chaddha with Aamir Khan, Kareena Kapoor Khan shared many pictures on her Instagram story.

In the pictures, Kareena wore a graphic white tee paired with black leggings. She captioned the post with ‘Back with my loves’.

Kareena is seen getting made up by her team for her final scenes to be shot for the film.

Both Kareena and Aamir were seen on Sunday, September 12, 2021, in their second look of the day during their shooting.

The Jab We Met actress, who plays Rupa in the film, was seen wearing a hospital gown whilst Aamir wore his long-bearded Laal Singh Chaddha look. 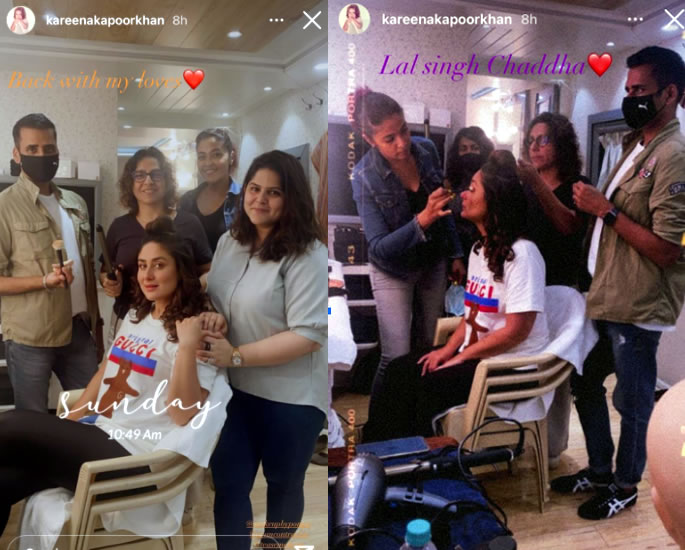 Laal Singh Chaddha is an official adaptation of the 1994 Hollywood film, Forrest Gump, which starred Tom Hanks in the lead role.

Aamir Khan plays the lead role in the Bollywood version and portrays the persona of a Punjabi Sikh man. 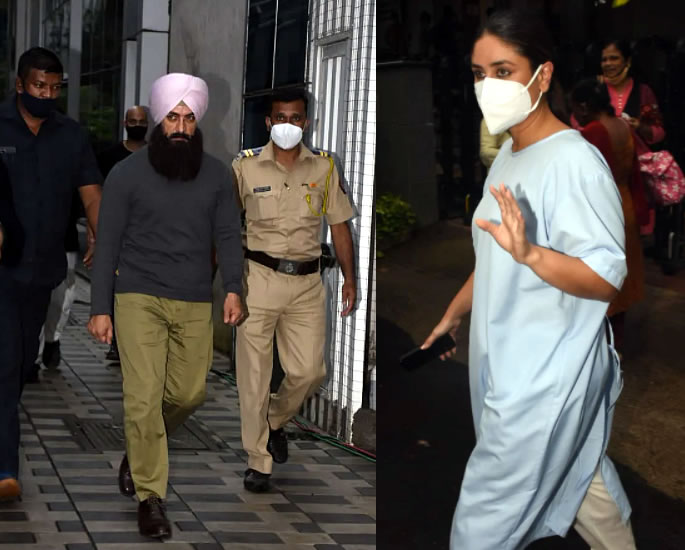 The movie, like many other Bollywood productions, was severely disrupted by the Covid-19 pandemic. Forcing the actors and crew to stop production until it was safe to continue.

Salman Khan, Shah Rukh Khan and Sharman Joshi are also part of the stellar cast in this much-anticipated film.

The film has been directed by Advait Chandan and is expected to release during December 2021.

After wrapping up, the actress also shared a picture with Aamir Khan and wrote,

“And all journeys must come to an end. Today, I wrapped my film Laal Singh Chaddha… tough times… the pandemic, my pregnancy, nervousness but absolutely nothing could stop the passion with which we shot, with all safety measures of course.”

As for her personal life, Kareena Kapoor recently shared a picture of her son and husband during Ganpati celebrations at her home.

She captioned the post with “Celebrating Ganesh Chaturthi with the loves of my life and Tim Tim’s cute little clay Ganpati.”

As well as Kareena Kapoor, many Bollywood celebrities took to social media to wish a happy Ganesh Chaturthi to their fans.

Shilpa Shetty, Sohail Khan, Aayush Sharma and Sara Ali Khan (amongst many others) took to Instagram to post pictures with their family and friends as they celebrated the festival.

Kareena also shared a picture with her parents Randhir Kapoor and Babita, and sister Kareena Kapoor. She captioned the post with “My world.”

Ravinder is a Journalism BA graduate. She has a strong passion for all things fashion, beauty, and lifestyle. She also likes to watch films, read books and travel.
Priyanka Chopra to host ‘tone-deaf’ Activist reality show
Rhea Kapoor receives Hate for ‘revealing’ Photos