Netizens trolled Rhea Kapoor after seeing the couple’s honeymoon pictures on social media targeting her clothes in the photos.

netizens could not wait to express their displeasure

Rhea Kapoor revealed more skin in her latest photos on social media than what was expected from netizens and was faced with hateful comments.

The daughter of Anil Kapoor and Sunita Kapoor, and sister of Sonam Kapoor, got married at a private ceremony in the Juhu home of the Kapoors on August 14.

Rhea and Karan Boolani dated for 12 years before they got married.

The couple is currently enjoying their honeymoon in the Maldives and both Rhea and Karan have actively been sharing moments on social media.

In the picture in question, Rhea poses with Karan on a yacht. The couple wear sunglasses and Rhea wears a white dress with a v-neck.

In another post, Rhea is seen planting a kiss on her husband’s head.

The carousel of pictures, posted by Karan received over 19k likes.

However, netizens could not wait to express their displeasure. They were not fans of Rhea’s outfit and suggested she revealed more skin than she should have. 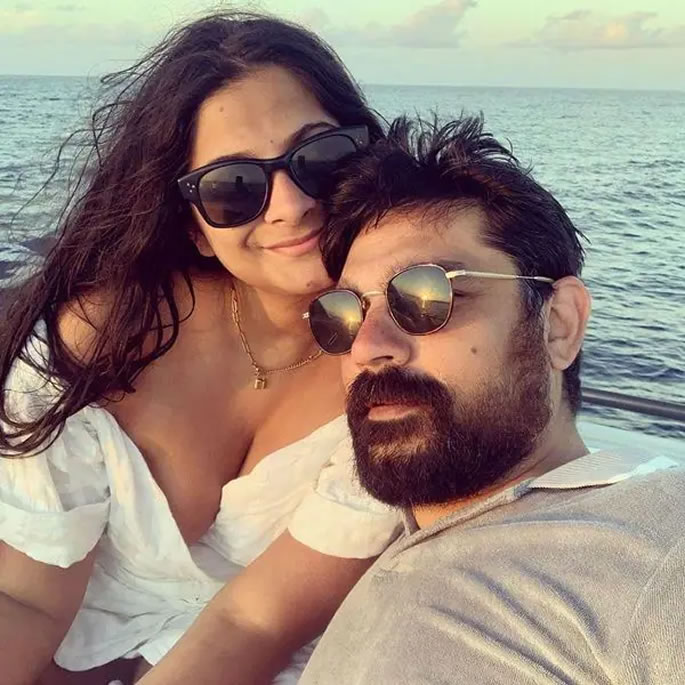 Celebrities are easy targets of online trolls. The comments on the post have since been limited due to the trolling.

The wedding reception also generated a lot of responses on social media.

Most were positive, congratulating the couple and wishing them well.

However, some netizens questioned the intimacy of the wedding ceremony and were left wondering if Rhea is pregnant.

After the wedding, Rhea’s father Anil Kapoor was seen handing out boxes of sweets to the media and paparazzi who had gathered outside of the Juhu property.

Two days after the wedding, Rhea shared a note for her husband in a different Instagram post.

“12 years later, I shouldn’t have been nervous or overwhelmed because you are my best friend and the best guy ever.

“But I cried and shook and had stomach flips all the way through because I didn’t know how humbling the experience would be.

“I will always be that girl who had to come home to Juhu at 11 p.m. before my parents fell asleep.

“Only until now, I didn’t know how lucky I was to feel torn. I hope we make a family so close that we have many, many loves of our life.”

Many of the producer’s Instagram posts include her husband, friends and family members including her sister Sonam Kapoor.

Ravinder is a Journalism BA graduate. She has a strong passion for all things fashion, beauty, and lifestyle. She also likes to watch films, read books and travel.
Kareena Kapoor ‘Back with my loves’ on Laal Singh Chaddha set
Kangana Ranaut set to Act in Period Drama as Sita