News has broken that Bollywood’s Bebo could be on her way to Hollywood and making a mark in a lead role again Billy Zane.

News around Kareena Kapoor is that she is heading for Hollywood. She has been offered a role in a Hollywood film called Chamera. Kareena will be the second Bollywood actress, after Aishwariya Rai, to be featured in a Hollywood movie.

The Hollywood debut role is for Kareena to play an Asian girl opposite Hollywood actor, Billy Zane, who has starred in films like 'The Mummy', 'Phantom' and 'Titanic'. The movie will be directed by Daniel Silverman, who has directed hits films like 'Perfect Strangers' and 'The Devil Wears Prada'.

The locations for the film include North India, where the film will be shot in a month-long schedule.

It's reported that whilst Kareena was shooting at Universal Studios in LA with Akshay Kumar for Sajid Nadiadwala’s ‘Kambakkht Ishq,’ she caught the attention of Sylvester Stallone, who too has a small role in the film. Since meeting her, he has praised her beauty and talents to fellow Hollywood wallas too.

Many top agents and talent scouts from Hollywoo dropped by at the sets of the LA studios to meet and discuss potential roles with Kareena and the first is her confirmed role in Chamera.

Also, Bebo recently did a photo-shoot with famous fashion photographer Trevor Leighton, for the cover of an international magazine. For the shoot she was styled by Nicole Kidman’s stylist Desiree. Hence, raising her profile in the Western world as an actress and Bollywood star.

Here are some pictures from the magazine photo-shoot. 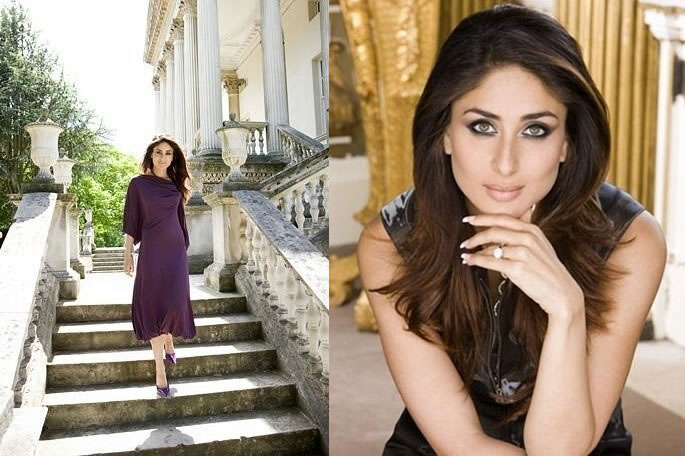 In a poll conducted by international magazine, ‘Verve,’ Kareena got the maximum votes for being the most powerful Bollywood celebrity.

After all that weight-loss, image change, a new relationship with Saif Ali Khan and the recent success in Bollywood, it seems that Kareena now has a new challenge on a global platform with the opportunity to prove her worth in the international movie arena. Providing she goes for this role, it will be interesting to see how she fairs further to the efforts of Aishwarya Rai Bachchan to date.

Madhu is a foodie at heart. Being a vegetarian she loves to discover new and old dishes that are healthy and above all tasty! Her motto is George Bernard Shaw's quote 'There is no love sincerer than the love of food.'
Singh is Kinng rules box-office
Warner sues makers of Hari Puttar