However, many netizens said it was inappropriate to hold a dinner party just a week after Rajiv Kapoor’s death on February 9, 2021.

In India, people have a minimum mourning period of 13 days and in many families, no celebrations are held for an entire year as a sign of respect.

On the day of Rajiv’s death, Neetu Kapoor had taken to her Instagram profile the news, sharing a picture of him with the caption: “RIP.”

The comments section under both posts were filled with condolences by netizens and prominent personalities like Soni Razdan, Maheep Kapoor and Saba Ali Khan.

However, social media users started trolling the Kapoor family after videos showing everyone chilling and laughing at the dinner started to circulate online.

Many brutal and harsh comments started to pop up.

One person wrote: “How can they celebrate birthday while they have just lost two family members.”

Another said: “Celebrating birthday… what… They don’t have feelings… his brother died 2 or 3 days before… Disgusting.”

When asked about his birthday party in an interview with ETimes, Randhir Kapoor answered:

“It was a small meet-up. A solemn affair. There was no celebration.

“We are missing my younger brother Rajiv. He passed away last week due to a heart attack.

“It was a shocking, sudden death. We are yet to come to terms with it.”

The Kapoor family has suffered many losses over the last two years. 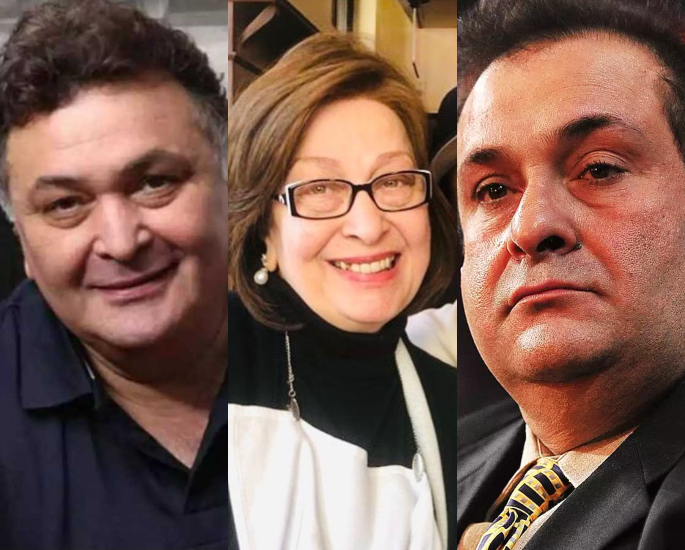 In the same interview, he added:

“That’s destiny, I guess. This is a part of life. If you get good things, you must endure the tough times also.”

On what happened on the day of Rajiv’s death, Randhir said:

“Well, I have a 24-hour nurse since I have a bit of a problem in walking due to a nerve-related issue.

“The nurse went to wake him up in the morning at about 7:30 am, and he did not respond.

“She detected that his pulse was very low and dropping further.

“We rushed him to the hospital, but all efforts to save him failed. And, now I am left alone in this house.”

For the occasion, Kareena Kapoor Khan was wearing a beautiful green-coloured Kurti, whilst her husband Saif Ali Khan looked great in his black kurta and white trousers.

Ranbir Kapoor and Alia Bhatt were also present, twinning together in black and looking gorgeous together.