Actor Sachiin Joshi has been arrested in connection with a money laundering case involving Omkar Realtors, on Sunday, February 14, 2021.

"When I raised the issue with him (Joshi) personally, he blocked me."

On Sunday, February 14, 2021, actor and businessman Sachiin Joshi has been arrested by the Enforcement Directorate (ED) in connection with a money laundering case involving Omkar Realtors.

According to the ED, Joshi had helped promoters of Omkar Realtors divert a loan of Rs. 87 crore to a company linked to him.

As a result, Joshi was arrested under relevant sections of the Prevention of Money Laundering Act after being questioned for 18 hours by the investigating officers.

“It is established that loans availed from Yes Bank have been diverted and accused (Sachiin Joshi) has helped promoters of Omkar Group in such diversion for an amount of at least Rs 87 crore.”

The agency has also found huge inter-company transactions with group companies, including those from which funds have been transferred to Sachiin Joshi and his companies.

On what concerns the funds received against various invoices raised by Joshi, ED says:

“It is seen that the purpose mentioned in invoices for facilitating settlement of non-eligible tenants and possession of constructed rehabilitation units, help in getting consents from society, slum dwellers, committee members, brokerage towards land deal etc.

“However, when Mr Joshi was asked about whether any such actual services were rendered, he said no actual slum rehabilitation work was done by him, but he was involved in facilitation with Omkar Group, where Omkar Group was to use his name and brand name to rehabilitate the tenants/settle with the tenants.”

In his defence, Sachiin Joshi denied any wrongdoing.

However, ED officials claimed Joshi to be ‘devoid of any truth and thus evasive’.

The group is accused of having committed fraud worth Rs. 22,000 crore under the Slum Rehabilitation Authority (SRA) schemes and diverted around Rs. 450 crore taken as loan from Yes Bank.

Joshi’s lawyers Abad Ponda, Subodh Desai and Subhash Jadhav, opposed the plea of remand made by the ED, stating that their client had nothing to do with the money laundering case.

This is not the first time Joshi is involved in a controversy.

Thirty former employees of his company Viiking Ventures alleged non-payment of salaries amounting to Rs. 31 lakh which they did not receive even months after quitting the firm.

At the time, the actor dismissed the accusations claiming to be an entrepreneur who takes care of ‘over a 1000 families’ and would not accept ‘arm-twisting tactics of disgruntled employees.’

According to former employees, Joshi and its digital media wing, Think Tank, withheld salaries as early as March 2019.

“When I raised the issue with him (Joshi) personally, he blocked me.

“I mailed him as well as the HR who told me they have some fund issues as they’re going through a crisis.

“Then even that communication stopped. It has been a year, and they’re just ignoring us.”

“They were saying that they intend to pay.

“But there are 30 former employees who are owed around 30 lakhs in total.

“They all joined and quit at different times. Some people’s salaries are due for almost two years.”

Another former member of Sachiin’s team described him as a ‘spoilt brat, with no leadership skills or business acumen.’ 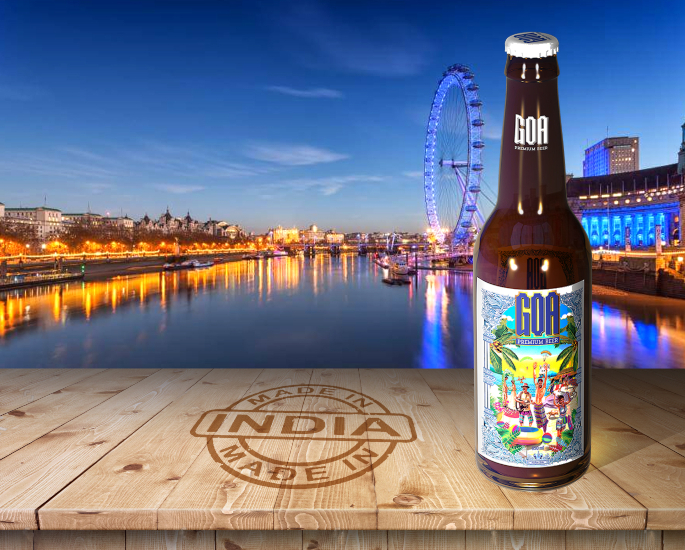 Viiking Ventures was the distributor of Goa Premium Beer, acquired in 2015 by Joshi and largely sold through curry houses and independent retailers.

Booker Wholesale destocked the beer because of low sales and several customers’ complaints.

Many reported problems of clarity, dirty bottles, poor packaging, and excess CO2 levels, causing the beer to explode on opening.

As a result, Goa Beer distributor entered voluntary liquidation with debts amounting to more than £1 million.

Sachiin Joshi is well-known for his works in Tollywood and Bollywood.

He was also a lead actor in the 2013 movie Jackpot with Sunny Leone and Naseeruddin Shah.

In 2019, he released a self-financed horror movie called Amavas.

Manisha is a South Asian Studies graduate with a passion for writing and foreign languages. She loves reading about South Asian history and speaks five languages. Her motto is: "If opportunity doesn't knock, build a door."
Kangana Ranaut ‘Captured by Mafia’ at 16
Kapoor Family trolled for Randhir Kapoor’s Birthday Dinner