Kanika Kapoor and Gautam get married in London

Kanika Kapoor has tied the knot with Gautam Hathiramani in London. The couple shared pictures and videos from the ceremony.

"I Love you sooooo much!"

Kanika Kapoor got married to businessman Gautam Hathiramani on May 20, 2022.

The couple tied the knot in an intimate ceremony attended by family and close friends at a five-star hotel in London.

The bride and the groom chose pastel shades for the special occasion.

Pictures and videos from the ceremony shared by their friends on their Instagram accounts revealed details of the ceremony.

A video from the varmala ceremony showed Gautam playfully backing off before bowing down so Kanika could put the garland on him.

Manmeet Singh of Meet Bros duo, who collaborated with Kanika on several songs including ‘Baby Doll’, was also in attendance at the wedding.

He captioned it: “May your journey ahead be as gorgeous as the two of you… Newlyweds (red heart emoji).”

Kanika had previously shared pictures from the pre-wedding functions on her Instagram account, confessing her love for Gautam in the caption.

She wrote: “G (red heart emoji) I Love you sooooo much!”

Kanika is a single mother to three kids: Aayana, Samara and Yuvraj. 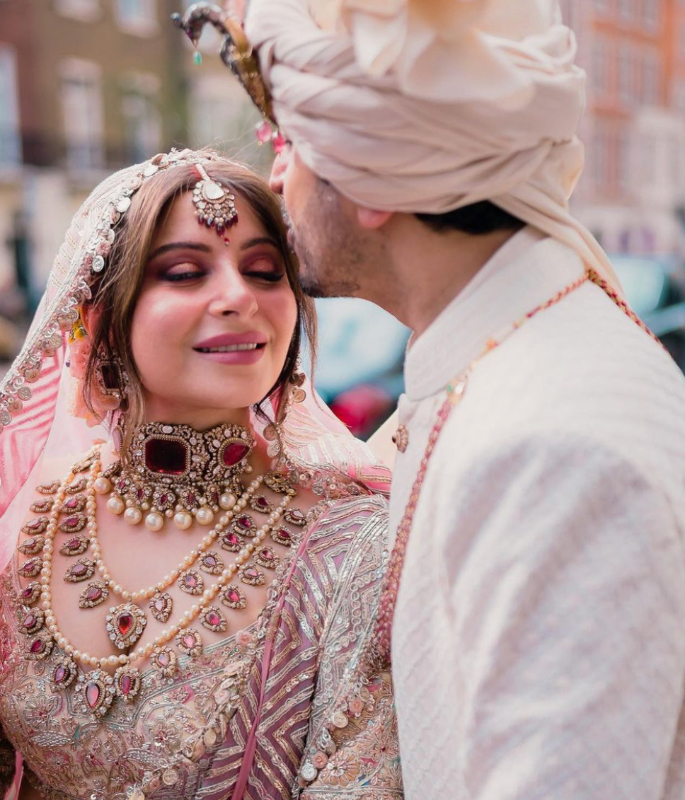 She got married at the age of 18 and moved to London. After a few years, she got divorced and brought up her three kids all by herself.

She hails from Lucknow and often visits her parents in India.

Since then, she has delivered multiple hits including ‘Chittiyaan Kalaiyaan’, ‘Tukur Tukur’, ‘Genda Phool’ and ‘Oo Bolega Ya Oo Oo Bolega’.

Kanika Kapoor once told ETimes about how she continued to move ahead despite troubles in her personal life.

She said: “My parents told me not to crib about who was right and who was wrong and that helped me to move on.

“Financial independence gives you self-respect and I needed that.

“It wasn’t easy initially but it all settled down beautifully.”

Kanika Kapoor recently gave her opinion on Bollywood remixes and slammed them, despite being associated with them.

She had said: “Some are insane, some are pathetic.

“I am also doing them and I hope that the ones I do, I don’t kill them because it’s just ridiculous.

“They’re picking up a beautiful Hemant Kumar song and killing it. It’s not the best idea.”