Aryan Khan’s arrest has gripped Bollywood but this prompted Kangana Ranaut to aim a dig at Shah Rukh Khan.

Several Bollywood stars have shown their support for Aryan Khan following his arrest, however, Kangana Ranaut was not sympathetic towards the 23-year-old.

Aryan and several others were detained by the Narcotics Control Bureau during a raid conducted on a cruise ship.

Various drugs were seized, however, none were found in Aryan’s possession.

He had appeared in court where his bail plea was rejected. Aryan is currently in Arthur Road jail.

Kangana has now taken an indirect dig at Shah Rukh Khan in relation to his son’s arrest.

She took to Instagram and posted about how Jackie Chan apologised after his son was arrested in a drugs case.

Kangana shared a collage of Jackie Chan and his son, and his son being taken away by police. 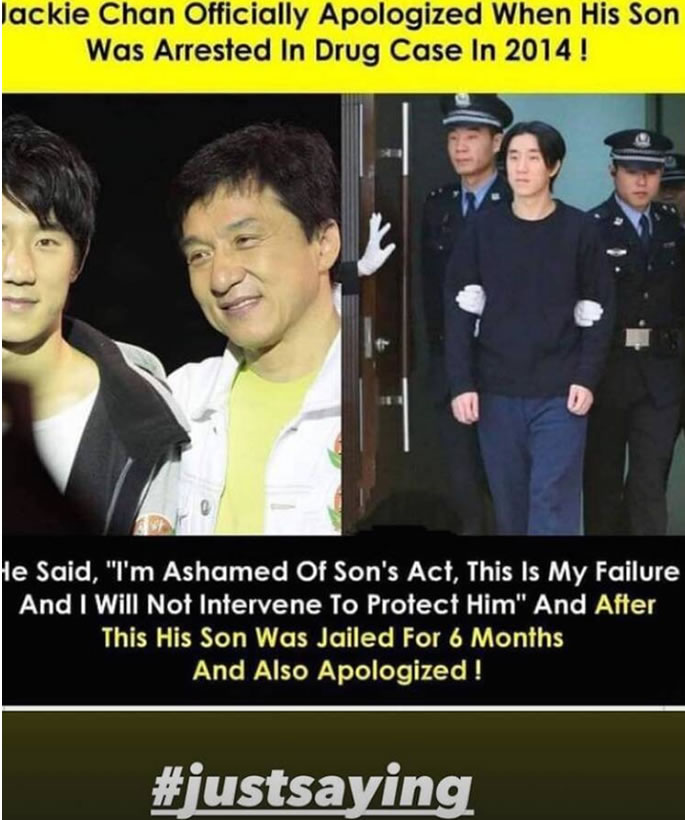 She wrote: “Jackie Chan officially apologised when his son was arrested in a drug case in 2014!

“He said ‘I’m ashamed of son’s act, this is my failure and I will not intervene to protect him’ and after this his son was jailed for 6 months and also apologised.”

Kangana also added the hashtag #JustSaying, seemingly throwing shade at SRK for not doing the same after his son’s arrest.

Kangana had previously expressed her opinion over the Aryan Khan case.

“We make mistakes but we mustn’t glorify them.

“I trust this will give him perspective and also make him realise the consequences of his actions.

“Hopefully, it can evolve him and make him better and bigger.

“It’s good not to gossip about someone when they are vulnerable but it’s criminal to make them feel that they did no wrong.”

Kamaal R Khan came out in support of Kangana’s opinion while also criticising Bollywood celebrities for their silence on the matter.

He tweeted: “Bollywood is having a very simple formula. Whoever is successful, every Bollywood Wala is his friend.

“Bollywood people don’t know him, whoever is flop like Imran Khan, Faisal Khan and Harman Baweja.

“Means Bollywood people relation depends on the commercial value of the person.”

“If Bollywood is a family then all Bollywood Wala should have supported #AryanKhan. But no big star except Hrithik is speaking.

“Ajay, Akki, Varun, Shahid, Juhi, Javed Akhtar, Farhan, Twinkle, Kajol almost everyone is silent. Because nobody is friend or enemy in this Bollywood.

“Kangana Ranaut is better than 98% Bollywood people. At least, she speaks, whatever she feels.

“She criticised #AryanKhan! Fair enough! At least Woh Boli Toh Sahi, favour main Boli, Ya against Boli, Lekin Boli! Chuppi Toh Nahi Saadhi (But at least she spoke, be it in favour or against, she spoke and was not silent).”

Dhiren is a journalism graduate with a passion for gaming, watching films and sports. He also enjoys cooking from time to time. His motto is to “Live life one day at a time.”
25 Best Bollywood Movies on Women Empowerment
Nora Fatehi summoned in £19 million Money Laundering case