‘Justice’ is a new single released by Indian artists Sharad Dipesh Diyali and Baiju Dharmajan (The God of Small Strings).

"The world needs Justice amidst their everyday struggle."

One is Diyali, and the other is Baiju Dharmajan, also known as The God of Small Strings.

Although the former is an up-and-coming virtuoso in the rock scene while the latter is an established and legendary guitarist, both are masters of combining Carnatic guitar with contemporary electric sounds. And in the new rock instrumental Justice, these skills are on full display.

We find out more about this incredible song and the ambition behind its creation.

The song is practically a masterclass in the fundamentals of groove, effects pedal and amp usage, and soulful virtuosity. Despite the song’s considerably hard edges, Diyali’s playfulness is highly apparent.

His Hendrix-style licks and ‘bomb drops’ using a delay effects pedal perfectly complement his inherent grooviness. Meanwhile, the veteran Dharmajan plays on but a fraction of the song.

Not a second of his minute is wasted as his octave pedal takes over, making his guitar scream in a way that’s reminiscent of ’90s-era Tom Morello riffs. In fact, Justice is more than just a supercharged electric guitar instrumental. 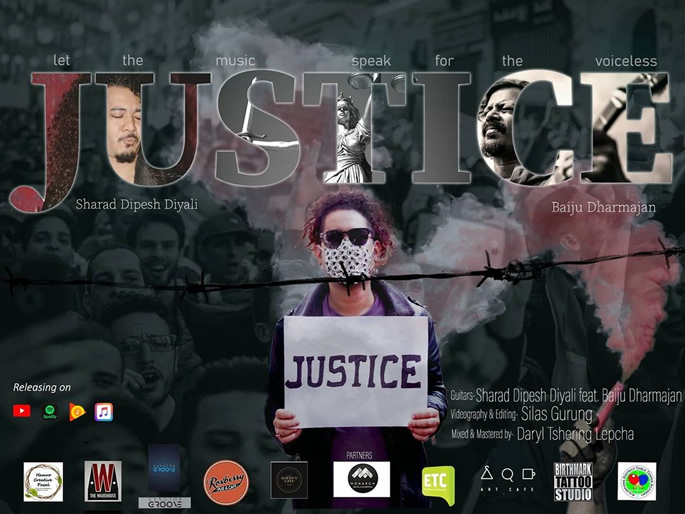 In his description of the video for Justice on YouTube, Diyali shares his intentions for releasing the song:

“We live in a world where acts of injustice are witnessed consistently whereas Justice is served occasionally. We read newspapers and watch news on our flat screens and get acquainted with the messy world outside, which everyday screams out for one word, ‘JUSTICE’.”

“Let this instrumental speak for the voiceless.”

“This music is dedicated to all the people out there fighting every day for their rights and peace of mind. Let this music stand for equality, honesty, kindness, compassion, peace, and righteousness.”

Watch and Listen to ‘Justice’ here: 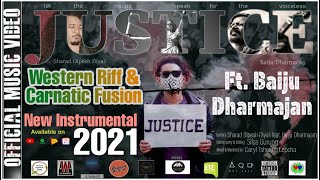 In the actual video for the song, images of people’s struggles across the world are shown onscreen while Diyali shreds a raging but still hopeful tune.

As for Dharmajan, it’s certainly not the first time for the veteran to openly declare his political allegiances and share his views on the state of the world. In fact, an interview with the guitarist in 2020 almost foreshadowed his role in Justice.

In a feature in The Hindu, Dharmajan explains:

“These last few months have put many things in perspective. Where does art figure in a scheme of things where there are more basic things like survival at stake?”

In the middle of a global pandemic brought on by a virus that’s still not fully understood by scientists, political contradictions continue to boil turmoil around the world.

Meanwhile, many contemporary musicians from South Asia continue to struggle to have a voice on the global stage. There is no better time than now to raise up the call for Justice.

Photos courtesy of moderndope under CC BY-SA 2.0 License and sharad_dipesh/Instagram.