20 Children are transported by One Small Car in India

An incredible viral video shows 20 children all coming out of the back of a small car one by one in India and the driver simply counting their arrival.

We're left speechless that they could all fit into such a small vehicle.

Travelling in India comes in all shapes and sizes. It is well known that public transport is tremendously overcrowded but when you see 20 children coming out of the back fo a small car you are either shocked, astonished or completely unphased by this antic – if you live in the country.

The viral video shows a small car which has just pulled up on a busy road and then the driver candidly standing holding the rear passenger door open, to allow the 20 children who are all in the back of the car to come out one by one.

As all 20 children leave the car, the video finishes with a final image of them standing together. We’re left speechless that they could all fit into such a small vehicle.

No doubt the girls felt relieved that they left the car, as they would have squeezed into the tiny space. 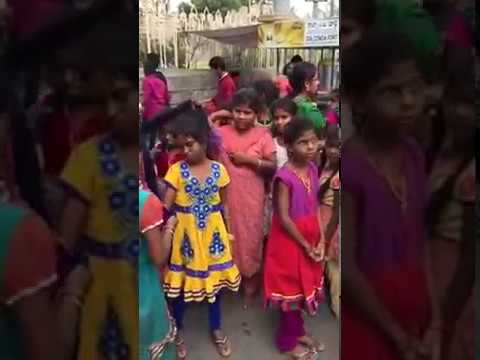 As this video of 20 children emerges on the internet, it highlights the staggering issue India faces with overcrowding. With bustling streets and packed transport, no wonder the country faces such an issue with its growing, estimated 1.34 billion population.

Over time, images of packed Indian trains and buses have become infamously familiar with the country. This shows that no matter how you travel, you can often struggle to find a seat in its various types of transport. 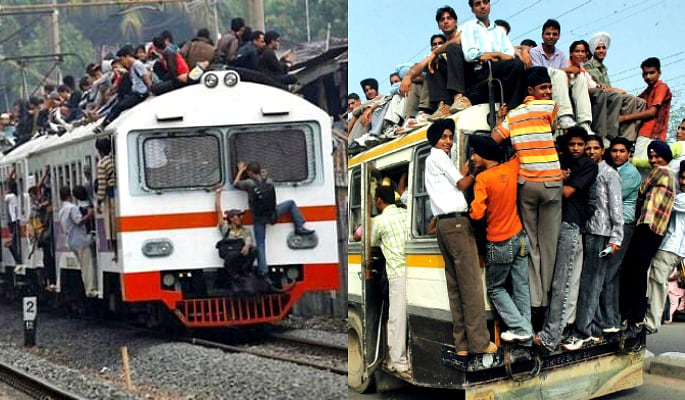 For example, Indian trains will potentially carry millions of passengers in just one day. While only a handful will manage to find a seat, many often have to stand in packed crowds or even find a spot on top of the train!

Some even have to become inventive on where they can find a seat, such as lying on the luggage racks above seats.

Buses also face a similar issue. In areas such as Chennai, this mode of transport can expect to carry as many as 1,300 passengers per day.

This issue doesn’t just lie with India; many other countries struggle with overcrowding. In Japan, Tokyo passengers often find themselves squeezed into train carriages during the rush hour.

The staff even have to help them fit into the train. Despite it already carrying a staggering amount.

But this viral video shows how even cars can now become overcrowded, as drivers load them with passengers.

Perhaps incidents similar to this will appear more in the future, as Indians struggle to find a spot on trains and buses.

Images courtesy of trekearth and WorldSuperTravel.