A frustrated tweet from music artist Jaz Dhami and a reaction from BritAsia TV resulted in a public spat between the two parties. Communications followed which included an apology from Sanchez Productions, Jaz’s management team, to conclude a reconciliation.

Twitter the social media network played its part in a sequence of events triggered by a tweet sent out by Bhangra artist Jaz Dhami on September 18th featuring an allegation against BritAsia TV, the satellite British Asian television channel.

A recent announcement from BritAsia, featured Jaz Dhami in the line-up for the 2012 BritAsia TV Music Awards, as one of the major names amongst many stars performing on the night. So, all looked well with both parties.

However, whilst in India, Jaz Dhami, first started with a tweet on the 18th September at 2:51am related to the unity of the British Asian music industry and how disappointed he was, saying: “Our industry is full of puppets! Where is the f*****g unity?”

This instigated reactions from others on Twitter being supportive of his comments, including E3UK Records saying: “”Muh te mithey par andro ta sarde c, bara paji paji pela saleh karde c,” basically translated saying these ‘people are sweet to your face but seethe with jealousy on the inside, grovelling to you at the beginning.’ 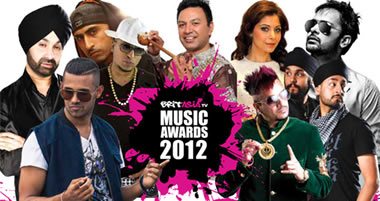 This subsequently, led Jaz to tweeting his allegation towards BritAsia TV, saying:

“Being bribed & forced to do a show becuz u have beef between AMAS does not mean i will do it Brit Asia! If you dont wana play my video dont!”

This tweet attracted reaction and support from Jaz Dhami’s followers including:

Radio XL presenter Poli Tank: “@THEJAZDHAMI don’t let any1 tell u wat 2 do. If u hav any probs u know who 2 contact” and then said: “@Yes_its_Danny @thejazdhami 2 rite hiw dare any dictate to artist on where they can or can’t go.”

The tweets from Jaz Dhami quickly erupted into questions being asked related to the negativity of the comments by Brit Asia management. At which point, Jaz Dhami’s management, Sanchez Productions intervened.

Subsequently, at 7:13am Jaz tweeted a link to Facebook, outlining an outcome of discussions between Brit Asian and his management team, saying:

“Following a lengthy conversation wit the management at BritAsia we have come to know that the proposals made to Jaz Dhami were done so by an employee with no authority. BritAsia management have assured me this is not the manner in which they conduct their business, this, in turn, leaves me with no discrepancies and we would like to maintain the relationship we have had over the past few years.”

And then, at 7:40am Jaz tweeted a second link to Facebook, saying:

“I hope this matter is now put to bed and BritAsia TV and I continue to support one another in the manner in which we have over the years. They’ve played a pivotal role in championing me since the beginning of my career which I hope continues.” 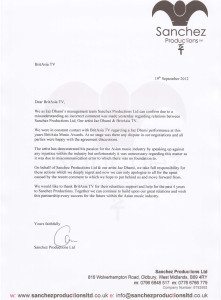 Which had a reaction from Pops from the ground-breaking production team Tigerstyle on Twitter saying: “@THEJAZDHAMI ajj kal boht drama hai ! LOL”

In the meantime, Sanchez Productions had forwarded an apology letter to Brit Asia TV regarding the whole incident, which was made public by Brit Asian on it’s Facebook account. See the copy here, which you can enlarge.

Terry Mardi, the music publisher and social entrepreneur complemented Sanchez and said: “Well done Sanchez for dealing with such matters professionally and in a dignified manner. Communication is key to building relationships.”

BritAsia also put out a statement which was sent to DESIblitz regarding the matter:

“Britasia TV has worked relentlessly during the past four and a half years to give the Bhangra Industry a new lease of life. We have supported artists new and established and will continue to do so. Our support for the industry continues as we enter our next exciting phase – our launch into North America this year.

We are very disappointed to have recently noticed an unfounded and malicious allegation on twitter from Jaz Dhami who has received our continued support from the very beginning of his career. The artist has made this tweet based on hearsay and has had no direct conversation with any personnel at Britasia TV or even his own management (see attached statement from Sanchez Productions – the artists management team) before tweeting allegations. This artist has acted irresponsibly and unprofessionally without any reason or cause. We are, however, thankful to the professionalism shown by Sanchez Productions and look forward to working with them in the future.

We are very proud of our annual awards ceremony that represents every corner of the British Asian music industry. The Britasia TV Music Awards celebrates the achievements of artists new and established. We are looking forward to our best ever awards ceremony with groundbreaking performances on Saturday 6th October 2012.” 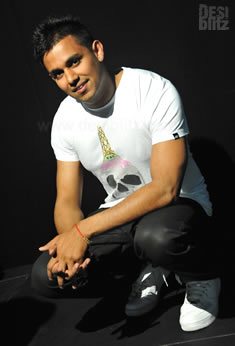 Social media is a tool used today for a lot of communication and quite often by celebrities and public figures use it to react to an incident from a personal perspective. Freedom of speech is fundamental to the use of such environments, especially to say what you feel and think. Twitter has been in the news many times for its use this way.

Here we have an example of Twitter used in the British Asian music industry between a well-established artist and a popular television channel, which led to a reaction on both sides that needed to be quickly addressed. But questions still remain regarding the alleged ’employee with no authority’ acting on the channel’s behalf and also whether it was good or bad for this matter to have gone public in the way it did.

Jaz Dhami is one of the few artists from the UK who demonstrates excellent vocal ability and charisma live on stage. Awards ceremonies such as the Brit Asia Music Awards contribute to celebrate the success and hard work of such artists. Therefore, this kind of situation beckons the question, are there underlying issues in the British Asian music industry that need reviewing and addressing? Is jealousy and strife within the industry prevalent as ever?

The main thing, in this case, is that for the benefit of Jaz Dhami fans, and music lovers who enjoy his music on BritAsia TV, the matter has been resolved and both parties have formally reconciled; leading to a continued relationship which acknowledges each other.

Jas likes to keep in touch with the world of music and entertainment by writing about it. He does like hitting the gym too. His motto is 'The difference between the impossible and the possible lies in a person's determination.'
Satinder Sartaaj ~ an Incredible Punjabi Sufi singer
Mallika Sherawat in Bruno Mars Video