Bollywood beauty Janhvi Kapoor is famous for her bold sense of style and free-spirited personality.

Now, she has taken her impeccable fashion sense to the cover of Elle India’s June 2021 issue.

The actress shone in a stunning Tarun Tahiliani lehenga set for the cover.

The outfit featured a gold embroidered lehenga paired with a matching golden top.

The top had a deep plunging neckline, which Kapoor covered with a golden statement necklace. 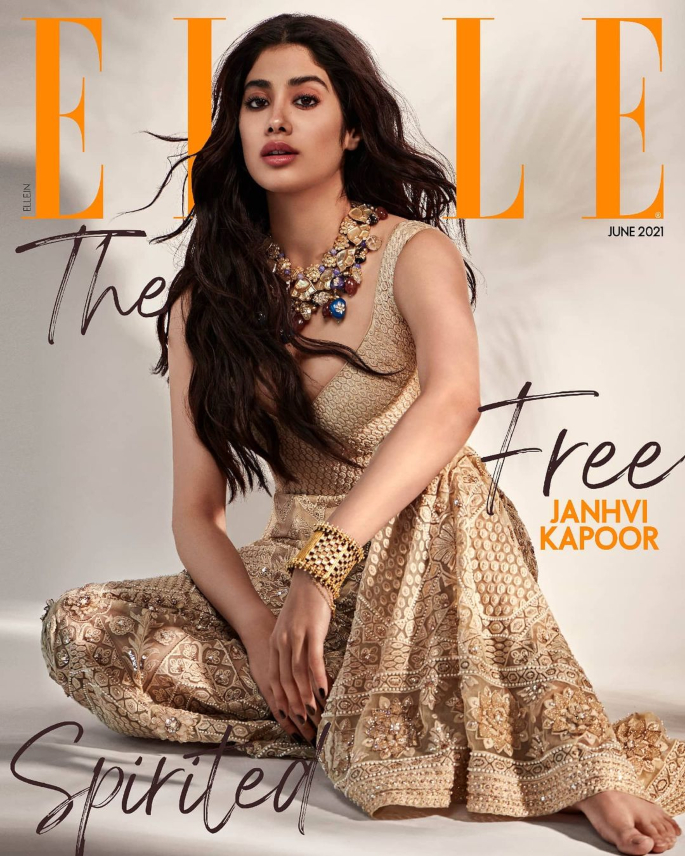 Janhvi Kapoor paired her outfit with bronze makeup and had her hair styled in soft waves.

The actress kept the gold theme going by wearing multiple golden outfits for the rest of the shoot.

As well as the cover shoot, Kapoor also participated in an interview with the magazine.

Looking back on her three years in Bollywood, Kapoor revealed her first film release was a struggle due to the loss of her mother Sridevi. 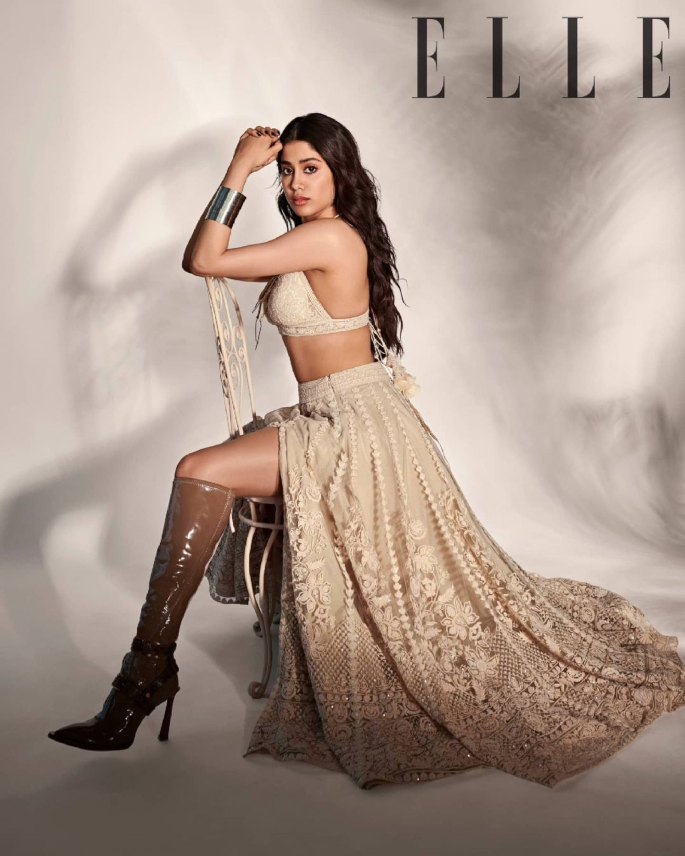 Speaking to Elle India, she said:

“I was getting a certain amount of attention, but my mind was somewhere else altogether.” 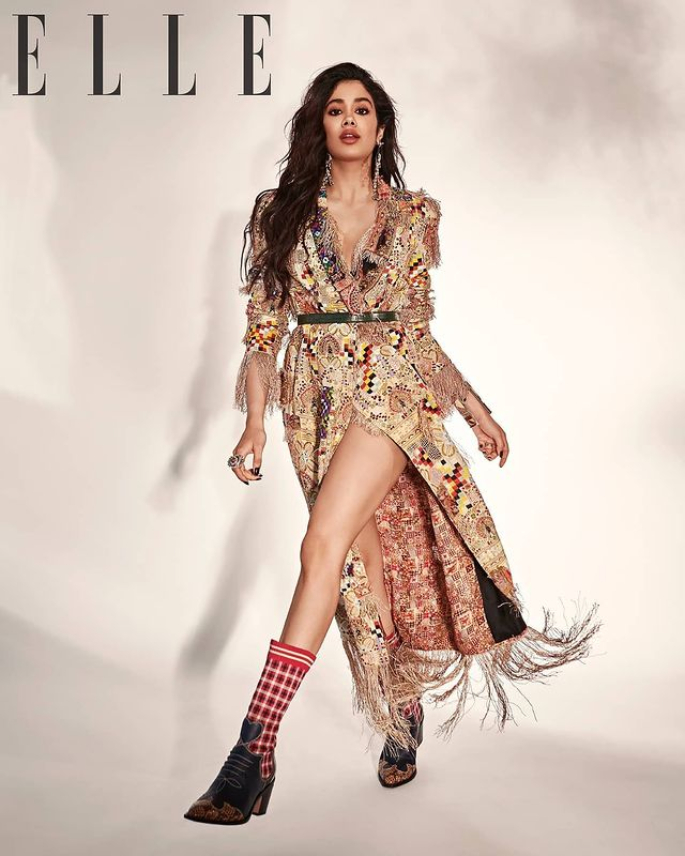 Janhvi Kapoor also spoke of her pride in carrying on her mother’s legacy. She said:

“It’s not a pressure, but a responsibility, and I am happy about it.

“Being my mother’s daughter has opened up many doors for me and given me a lot of love that maybe I haven’t been so deserving of.

“The flip side is that people have high expectations from me, but I understand that too.

“And I am happy about it because if I have to be compared, why not be compared with the best.”

While reminiscing about her late mother, Janhvi Kapoor spoke about other people that inspire her. 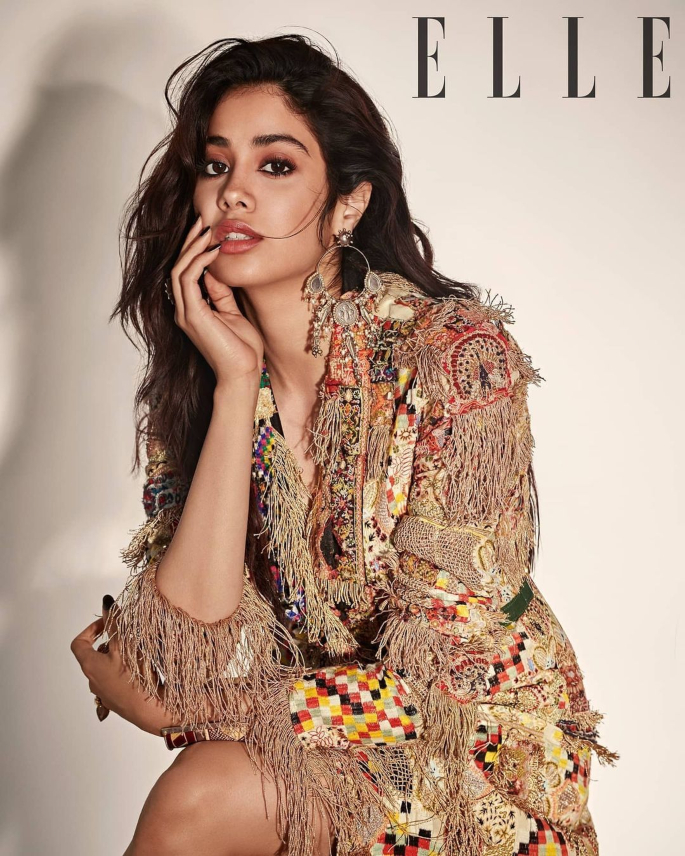 “Just powerful women around me. From my peers, Alia Bhatt, Sara Ali Khan, Beyoncé to even my sister, Khushi.

“It is inspiring to see women who embrace themselves and don’t depend on anyone for anything.

“It’s exactly what my mother also told me: ‘Never depend on anyone, and make your own identity’.” 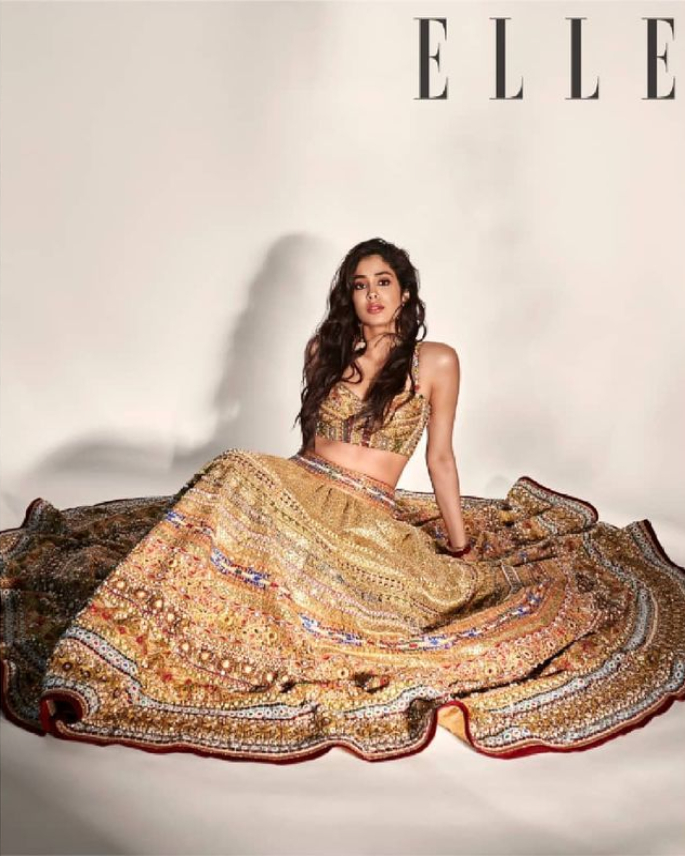 Elsewhere in the interview, Janhvi Kapoor said that seeing the work involved in Bollywood growing up was what attracted her to the industry.

She also revealed that she likes to read criticism about her acting skills in order to grow.