Jacqueline Fernandez to play a Cop in Hollywood Debut

Bollywood beauty Jacqueline Fernandez will take on the role of a police officer when she makes her highly-anticipated Hollywood debut.

“Jacqueline has wrapped up shooting"

Jacqueline Fernandez will take on the role of a police officer in her Hollywood debut.

In January 2021, news broke that Fernandez will make her debut with an anthology, titled Women’s Stories.

The anthology consists of six stories, directed by six female directors from around the world.

Jacqueline Fernandez will star in the story ‘Sharing a Ride’ alongside transgender model Anjali Lama, directed by Leena Yadav.

Fernandez wrapped up filming in October 2020. Portions of the film were shot in Mumbai, and some sequences were filmed at the Chhatrapati Shivaji Terminus.

“Jacqueline has wrapped up shooting for her anthology in October last year itself, much before the project was announced.

“The entire film was shot in Mumbai as key portions of the film are set in and around CST.

“The actress plays the character of a cop in this story, and the team also canned some sequences at CST police station.”

Jacqueline Fernandez currently has several projects in the pipeline.

The actress will appear in the action-thriller Attack alongside John Abraham, as well as in Cirkus with Ranveer Singh.

Fernandez will also star in action-comedy Bachchan Pandey with Akshay Kumar, followed by Ram Setu with both Kumar and Nushrat Bharucha.

Outside of work, however, the actress is also busy doing her part for India’s Covid-19 relief.

Fernandez recently launched the foundation YOLO, which is working to help those in need. 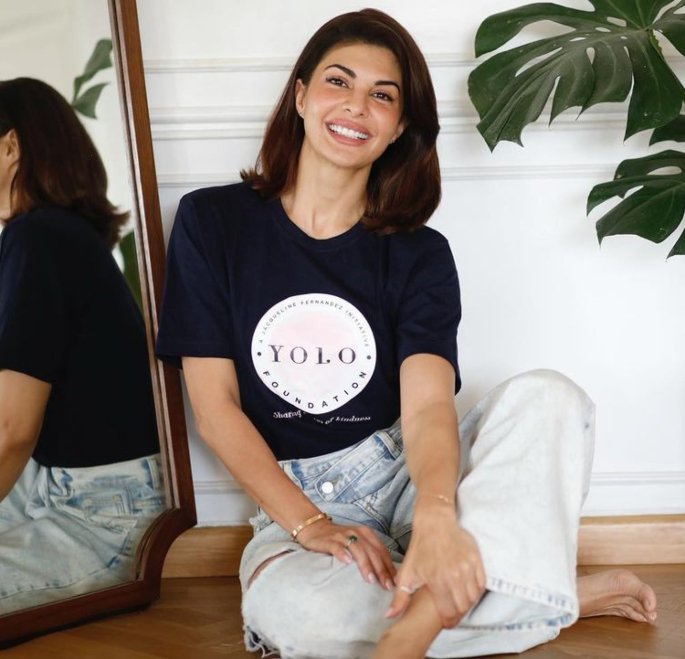 Speaking of what YOLO plans to do in the near future, Jacqueline Fernandez said:

“It’s going to be an uphill battle but we are working on getting 100 hospital beds. We also plan to bring in over 500 oxygen concentrators.

“Currently, we’ve added two ambulances and are trying to look what more we can bring in to help the people in need.”

“I heard that people are not able to afford ambulances because of the rate they charge.”

“People have been losing lives because of this and it’s truly disheartening and so we have started to provide free ambulance services.

“The ambulances are loaded with necessary medicine and equipment.”

Various members of the Bollywood industry have been slammed for being insensitive to India’s Covid-19 crisis, particularly due to lots of them vacationing in the Maldives.

Alia Bhatt turned her Instagram profile into a Covid-19 helpline.

She has also been raising awareness by posting government helpline numbers for various Indian states.

Tiger Shroff and Disha Patani also used their platforms to encourage people to get their vaccines, in order to “protect our motherland”.