Cricket star Shoaib Malik and tennis ace Sania Mirza have been blessed with a baby boy. This is the sporting couple’s first child after marrying in 2010.

"Excited to announce: It's a boy, and my girl is doing great and keeping strong as usual"

The baby was born on Tuesday, October 30, 2018, in Hyderabad, India. The former Pakistan cricket captain broke the news on his Twitter account.

“Excited to announce: It’s a boy, and my girl is doing great and keeping strong as usual #Alhamdulillah. Thank you for the wishes and Duas, we are humbled. #BabyMirzaMalik.”

Although the new parents are yet to officially confirm the baby’s name, #izhaanmirzamalik has been trending on Twitter.

Hence, this is leading to speculation that the name for the new baby is Izhaan.

Stars from the film fraternity, along with fellow cricketers and tennis players went on social media to send well-wishes to the couple. 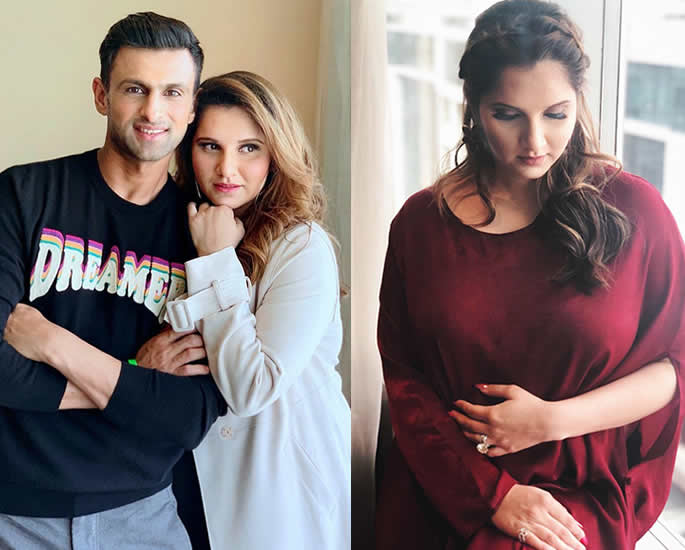 “Bohot bohot mubarak ho @realshoaibmalik and @MirzaSania. May Allah always keep you and your family happy and healthy Ameen.”

“Many many congratulations @realshoaibmalik @MirzaSania on arrival of baby boy. Lot’s of dua’s and love …”

Shoaib and Sania had a traditional Hyderabadi wedding ceremony on April 12, 2010. During the same month, the couple had a Walima in Lahore, held at the Pearl Continental Hotel.

The two are seen as a power couple in the sporting world, bringing together the world of cricket and tennis.

The Indo- Pak husband and wife had earlier announced they were expecting their first child on Twitter.

During the course of the pregnancy, Sania was able to relax for the first time after having a strict schedule due to her busy tennis career. 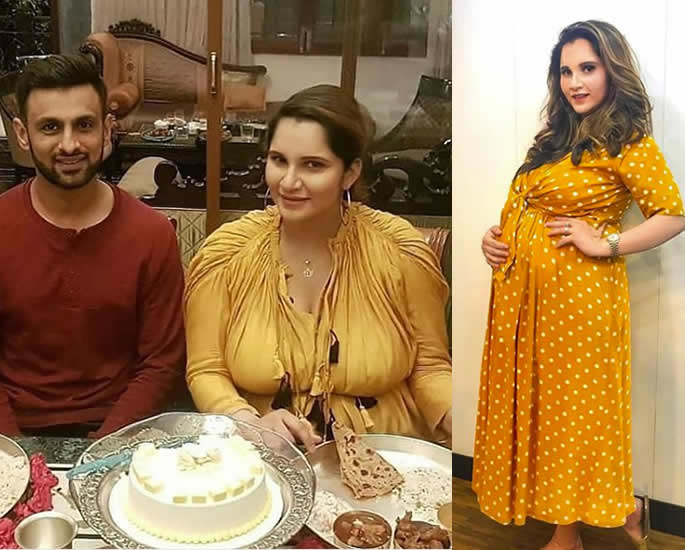 In an interview with Sportstar, Sania said:

“This is the first time in my life that I have been able to completely relax, with no pressures of a career in professional sport or training or worrying about following a strict diet among other things.”

She also spoke about motherhood and how she was preparing for it.

“I think motherhood prepares one automatically and very naturally for the most important phase in a woman’s life.

“A lot has changed in the last few months and I know a lot more will change in the coming days, but most of it has happened without me making too much of a conscious effort.”

Sania has shared her pregnancy journey with fans on social media, often giving pregnancy tips and an insight into when one is pregnant.

The superstar couple also celebrated a baby shower alongside close family and friends in Mumbai during October 2018.

Sania and Shoaib were seen cutting a cake and mingling with guests including Sania’s sister Anam.

When asked by Sportstar about baby names, Sania responded:

“We have mutually, shortlisted the names without a battle.”

We look forward to finding more about the baby in the coming weeks and months.

DESIblitz wishes Shoaib Malik and Sania Mirza the heartiest congratulations on the birth of their new little bundle of joy.

Hamaiz is an English Language and Journalism graduate. He likes to travel, watch films and read books. His life motto is “What you seek is seeking you”.
Amir Khan Challenges any Boxer in India to Beat Him!
Wasim Akram’s wife Shaniera reacts to Sexist Tweet