“Get in line. @sanyamalhotra – Me first.”

Ira Khan has an impressive fan following on Instagram where she regularly posts glimpses of her life, work and modelling.

With more than 248,000 followers on Instagram, Ira is certainly a social media sensation and regularly makes headlines.

The 23-year-old star child, unlike her father, does not mind causing a stir on social media from time to time.

In this instance, Ira hosted a question and answer session on Instagram with her fans. She asked them, “What are you doing this quarantine?”

Responded with her witty sense of humour, Ira said, “Get in line. @sanyamalhotra – Me first.” 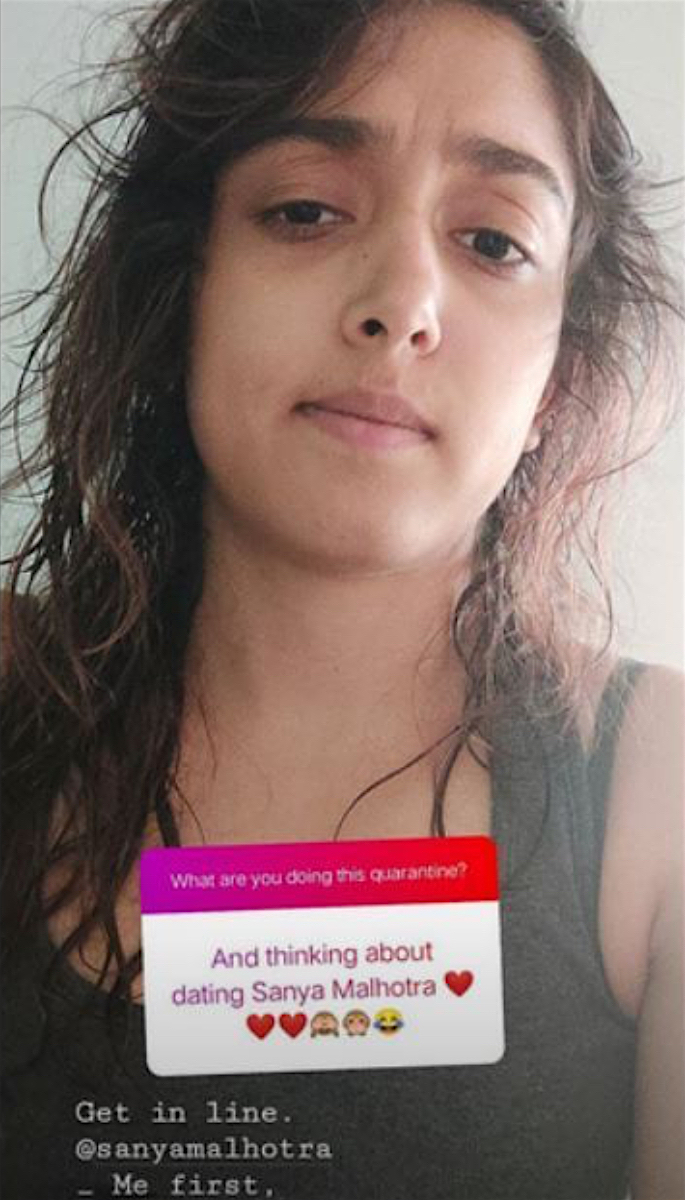 In the film, Sanya portrayed the role of Aamir’s daughter, Babita Phogat.

The Phogat sisters’ journey began from fighting in dangals in Haryana, India to winning medals at the Commonwealth Games.

Allegedly, Ira Khan and Sanya Malhotra are friends, however, could Ira’s comment allude to more from her part?

On the professional front, Ira made her directorial debut with the theatre production of Greek tragedy Euripides’ Medea.

“There wasn’t any particular reason why I picked theatre first and not a movie. I want to do both of them in my life. I just happen to be working backstage and I saw the stage and I thought let’s do this.

“There was no particular reason why I wanted to do a play first and not a movie.”

This may surprise many that Ira Khan does not want to be a Bollywood actress. Previously, on Instagram she said:

“I’m not very good at acting. I’m shy. And it’s something I never bothered to work on because I didn’t want to act.

“Turns out.. You need to act from time to time if you want to direct. Or be able to, willing to or, at the very least, understand how it works.

“It makes me have to get over myself (which is great). Sometimes I manage, sometimes I don’t. I’m working on it. The key is participating.”

We continue to wait for Ira Khan to eventually make her Bollywood directorial debut.

Ayesha is an English graduate with an aesthetic eye. Her fascination lies in sports, fashion and beauty. Also, she does not shy away from controversial subjects. Her motto is: “no two days are the same, that is what makes life worth living.”
Anveshi Jain to Play Sexologist in debut Telugu Movie
Akshay Kumar to Donate Rs 25 Crore for Covid-19 Relief