Episode 3 of India’s Next Top Model saw both a swimwear and lingerie photoshoot. Who came out on top, and who was sent home? DESIblitz has the latest!

The two girls already have growing tension ... we sense a future feud coming on!

Episode 3 of India’s Next Top Model was just what we were hoping for: fierce photoshoots, bust ups, and a shedload of tears.

This week, all 9 girls receive their first ever ‘Lisa Mail’, assigning them two challenges which will test their ability to focus whilst under pressure.

Mentored by INTM panellists, Neeraj Gaba and Anusha Dandekar, the contestants are kitted out in swimsuits and lingerie for each of the challenges.

But while some relish at the opportunity of a sensuous shoot, others shy away.

The main challenge for this week sends the girls, quite literally, into a spin!

Divided into pairs and dressed in identical lingerie avatars, each team are made to market the new Lakmé Absolute Sculpt Lipstick whilst acting as their partner’s mirror image.

The catch? The shoot is on a revolving platform.

After winning the ‘iconic advantage’ in the earlier underwater challenge, Gloria is given the leverage of posing with a real mirror in a solo shoot.

The 23-year-old had a disappointing week in the last episode when she breached the Top Model rule book regarding costume, and faced possible elimination from the entire competition.

Despite her rocky beginning, Gloria brings her A-game this week and completely owns the challenge. But not before she sheds a few tears!

Breaking down in front of Anusha, Gloria cries: “I just got a lot of negative vibe[s] from the room.”

Luckily, Anusha is on hand to console poor Gloria, stating: “You need to show them what you have and why you have it.”

With this motivation, Gloria puts on the ultimate sexy photoshoot!

Whilst Gloria’s surprise comeback comes with apparent ease, other contestants stumble through the daunting task, much to the dismay of the watchful Anusha.

One pair, Malvika and Neev, even send the fiery judge into a frenzy! They result Anusha screaming at them:

“You’re boring me to tears. I’m looking for sexy, seductive, sultry, and all you’re giving me is robotic!”

Monica and Sreeradhe pair up. A definite ‘yikes’ moment, as the two girls already have growing tension.

While we sense a future feud coming on, they put their differences aside once on set, and put on a flirty and sultry show.

But are they a match for Gloria, who won the earlier underwater photo shoot challenge, impressing Neeraj with her focus and seduction?

Sadly, Sreeradhe fails to impress the sassy judge, and is ranked last place. 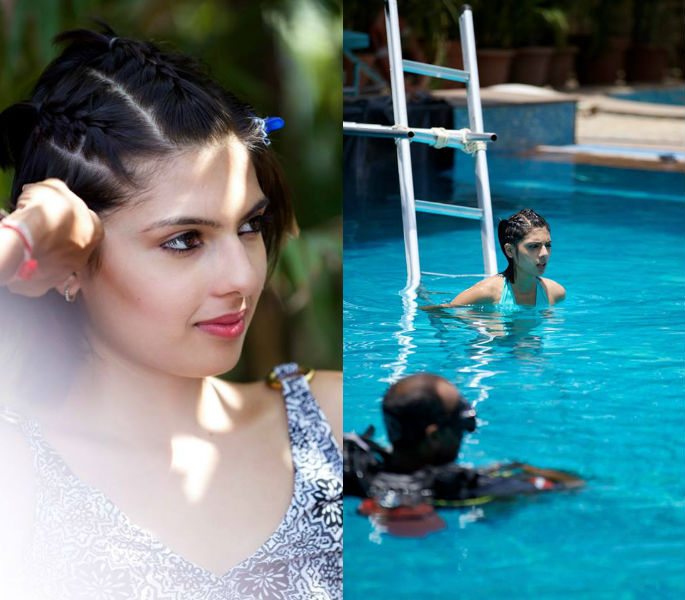 Things also heat up for Sreeradhe in the elimination room, in the presence of guest judge, Ujjwala Raut.

Sreeradhe had earlier commented how the lingerie photoshoot made Gloria look ‘vulgar’, much to the annoyance of head judge, Lisa Haydon, who definitely voices her anger.

After the showdown though, it’s down to business. Monica and Sreeradhe win ‘Best Picture’, although Lisa makes it clear that Monica came out on top.

Malvika and Neev face the bottom two, and ultimately, Neev is knocked out of the competition.

For the remaining 8 girls, it’s about to get even more intense. All mobile phones have been confiscated, and they have all been assigned bedroom shares with two fellow contestants.

With cliques and friendships already starting to form, episode 4 looks set for even more drama!

Catch the fourth episode of India’s Next Top Model on Sunday August 9, 2015 at 7pm on MTV India.

Who will be eliminated in Episode 4 of India's Next Top Model?