Davina Kullar, a desi American woman on a US reality TV show, decided to leave her husband Sean Varricchio because they never had sex. DESIblitz reports.

“I can’t say that I really know who I was married to. I didn’t have a connection with him.”

A desi American woman has left her husband because they reportedly never had sex during their short-lived marriage.

Davina Kullar, a participant in the US reality TV series Married at First Sight, separated from Sean Varricchio after six weeks of married life.

As part of the show’s social experiment, the couple met for the first time on their wedding day and had to decide after six weeks if they wanted to stay married or not.

Upon their decision to get a divorce, it has emerged they had possibly never consummated their marriage.

Sean was reluctant to relocate from New Jersey to live with her new bride in Manhattan. Though Davina had visited him three to four times, the newlyweds only spent ten days together during their marriage. 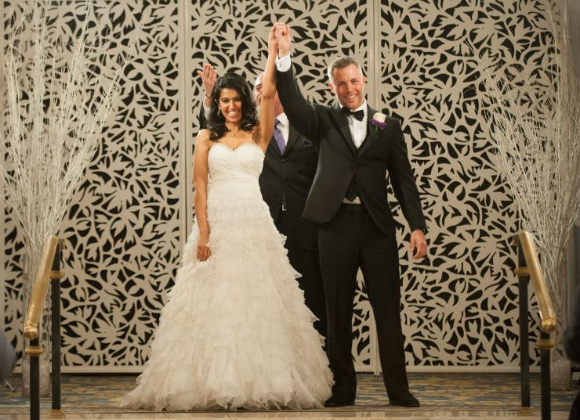 As the show’s second series finished on June 16, 2015, the now-divorced couple spoke about their experiences.

Davina, a 34-year-old biopharmaceutical sales rep, said: “At decision day, we had a friendship going into that and he really blindsided me with some really negative comments.

“It makes it difficult to have a friendship because a friendship is based on trust, based on components of character, and those were unfortunately laid to the side.”

She went on to accuse her ex-husband for being fake: “I don’t think the real Sean, the genuine Sean ever really showed up.

“I can’t say that I really know who I was married to. I didn’t have a connection at all with him.”

Sean, a 35-year-old ER nurse, struck back and pointed out how ‘rude’ and ‘egocentric’ Davina was.

He said: “I was constantly walking on eggshells, where it definitely became difficult to see how we could grow a relationship.

Despite their differences, neither expressed regret for taking part in the show and wished the best for one another.

Two other newlyweds on the show also filed for divorce. Jessica Castro and Ryan De Niro failed to work things out after Jessica accused Ryan of cheating and mishandling their shared finances.

She even filed a restraining order against him, after Ryan allegedly threatened to kill her and her family.

Ryan Ranellone and Jaclyn Methuen also called it quits, as Jaclyn felt her efforts to maintain the relationship became one-sided. 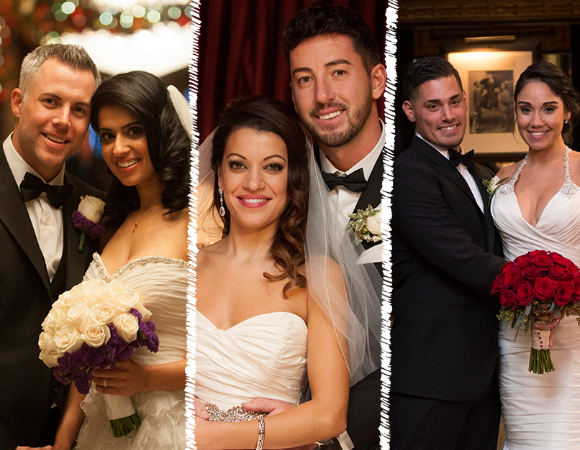 Married at First Sight, which premiered on FYI Network in July 2014, runs a controversial social experiment where four specialists, such as a sexologist and psychologist, play matchmakers for six willing participants.

The three couples tie the knot on the same day they first meet each other. They go about their daily lives as the show documents the key events. Six weeks later, each couple announces if they want to remain married to each other.

The third season of Married at First Sight is being filmed in Atlanta, while transmission date is yet to be confirmed.

Images courtesy of FYI and A&E