A group of Indian teachers were brutally beaten by the police in Punjab. Police officers also water cannoned the teachers.

"I have suffered injuries on my back, my legs and arms."

A group of Indian teachers have accused the police of beating them as well as using a water cannon on them.

The teachers had been protesting on Sunday, September 22, 2019, and were marching towards the residence of Education Minister Vijay Inder Singla when the police took action.

They used water cannons and their batons in an attempt to stop the protest from continuing. As a result, 10 teachers and six policemen suffered injuries.

The protestors were members of the ETT and TET pass unemployed teachers union.

The protestors lifted a blockade from the Sangrur-Patiala bypass, Punjab, India.

Even though officials handed over a letter stating a meeting with Singla in Chandigarh on September 30, 2019, the teachers announced that they will go on hunger strike and protest on top of a water tank in Sunam, Sangrur.

They said it will continue until their recruitment.

“Six to seven policemen with sticks attacked me and rained sticks on me and did not stop even after removing my turban. I have suffered injuries on my back, my legs and arms. I saved my head somehow.”

Members of the union have been carrying out their protest in Sunam since September 4, 2019.

They have been demanding their recruitment within the Punjab education department on a 12th pass basis.

The protests had been peaceful but tensions mounted on September 22, 2019, following a protest rally in Sangrur. They had attempted to reach the minister’s house by crossing the police barricade. 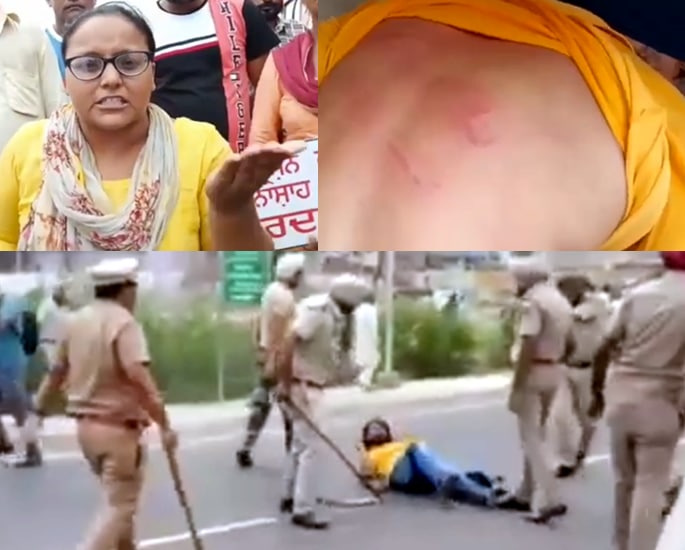 Initially, both police officers and the Indian teachers pushed each other but it soon escalated when officers allegedly charged at protestors with their batons and used water cannons.

Rajvir Kaur explained: “Male cops with sticks attacked me. I have suffered injuries on my leg.

“We will not end our protest till our recruitment is done in the education department.”

Deep added: “We were protesting peacefully, but cops attacked us with sticks without any provocation. Our protest would continue as we are not afraid of lathi-charge (baton-charge).”

However, he denied that officers charged at protestors with their batons.

DSP Sharma added: “We did not stop them from protesting, but when they tried to cross police barricade, both cops and protesters pushed each other and it led to injuries.

They lifted their road blockade after getting assurance of a meeting with the minister on September 30.”

Dhiren is a journalism graduate with a passion for gaming, watching films and sports. He also enjoys cooking from time to time. His motto is to “Live life one day at a time.”
Lahore Cinema shares ‘Indecent Acts’ by Couples from CCTV
Hull Graduate accused of Stealing £600,000 from Heinz