Episode 8 of Indian Summers sees the murder inquest of Jaya begin. Ramu Sood is the main suspect, but is struggling to prove his innocence. DESIblitz has the full recap.

"They'll turn you into a drunken fool, just like your uncle."

In Episode 8 of Indian Summers we witness the trial of Ramu Sood who is being charged with the murder of Tamil beggar Jaya.

The trial represents yet another scenario for the British Raj to exert their colonial power and punish the innocent.

But with Sood innocent to the charges, will he find justice? DESIblitz has the full recap. 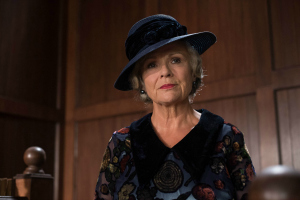 Wealthy landowner, Ramu Sood, has been charged with murder. Lawyer Vinod Mukesh, hired by Ramu’s cousin, arrives to help him.

Mukesh however, is up against British prosecutor Hugh Slater. Slater is self-assured, extremely shrewd, and seems the perfect man to send an innocent man to jail.

The trial itself is the talk of the town and Royal Simla’s gossip circle, including Sarah, arrive to laugh at Ramu’s plight. It’s a fun spectacle for both the British and the Indians who sit eagerly on the stalls as if to watch a live comedy.

Mother hen, Cynthia arrives to testify against Sood’s character. She drops her matriarch mask and opts for something more suitably frail as she unashamedly lies to the court about Sood’s involvement with the late Armitage:

“To be denied a proper homecoming like this, it’s unforgivable. I think he’s very lucky to have only been charged with one murder.”

Another witness, a dhobi-wallah, admits he found some chappals left at the river and a man running away from the scene of the murder – a piece of evidence that seems to verify Ramu’s involvement, as Slater insists that no ‘British Gentleman’ would ever wear a pair of chappals. 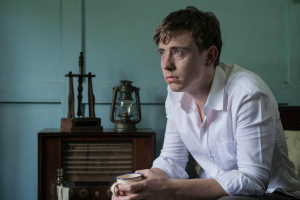 Ian is the only one who is willing to testify to Ramu’s innocence. But Ramu insists that he stay out of the trial as it could affect his reputation: “They’ll turn you into a drunken fool, just like your uncle.”

The strong-headed Sooni, who is gaining law experience under Mukesh, is sent to retrieve the now drunk and helpless Ian.

Sooni interestingly develops a fondness for him, because of his anti-Britishness, and pseudo-native sentiments.

She recites Rudyard Kipling’s famous poem ‘If’, which she later dismisses as ‘Imperialist Claptrap’, but it is enough to convince Ian to go with her.

On the stand Ian shocks the court as he speaks about the father-son relationship between him and Ramu: “Moments before the killing I saw Sood on his veranda, with all the lights on, looking out for me as a father would for his son,” Ian says.

The consequence is that the court turns against him and Slater divulges his dirty habits of drinking and general rowdiness which damage his testimony. In response, a furious Ian shouts at the British bench, calling them ‘Bloodsuckers!’ 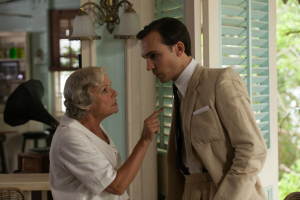 Ralph is worried about being caught up in the murder trial, but his guilt over Jaya’s demise extends to his half-caste son, Adam: “I can’t stop thinking about him,” he reveals to Cynthia.

Ralph even visits Adam at the Missionary School, but on seeing him, Adam, out of anger or fear runs away.

Leena who is aware of Adam’s true identity, feels the need to report it to Mukesh. In court she reveals that Jaya is Adam’s mother but is still unsure of who the father is, but adds that Adam calls him ‘Rakshas’ or ‘demon’.

In an interesting power play, Mukesh turns against Leena. He plays on the poor treatment of half-castes where they are called ‘Blacky-Whites’, and then tries to paint her with the murder, because she wants Adam for herself. Dougie ends the questioning, which results in Sarah suddenly vomiting in court.

Dougie also returns Ralph’s generous cheque for the Missionary School, and asks Ralph to stop interfering, causing him to storm off, wearing very similar chappals to those from the trial.

Ralph is also beginning to mistrust Cynthia, and feels that her overbearing control is making matters worse. Could this be a sign of things to come?

Sita as a Fallen Woman 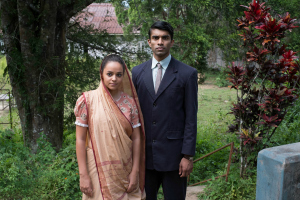 While things are notably cooling between Aafrin and Sita, Darius is keen to welcome Sita into the family home as much as possible.

This annoys Aafrin, who asks Sooni yet again about the stolen evidence of the Chandru Mohan inquest. Finding that Sita has indeed lied to him, he rushes to ask for Alice’s forgiveness.

But Aafrin remains torn over the ramifications of abandoning Sita: “No one will take her,” he insists.

Later however, he finally decides to give her up and a broken-hearted and desperate Sita is left sobbing in the cemetery as Aafrin walks away for the last time.

Sita represents the ‘fallen woman’ who has been outcast by her family and community, and despite her many lies and deceptions, it is hard not to sympathise with her plight.

A Guilty Verdict for Ramu Sood 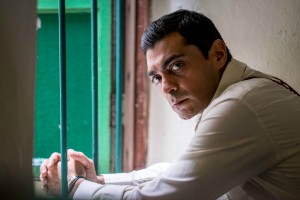 Ramu Sood’s verdict? He is found guilty of murder and his punishment is hanging by the neck until dead. Is this justice, we wonder?

Both Ian and Sood threaten the rigid class and colonial structure of British Raj. And both will be punished if necessary – but while Ian is simply vilified from British society, Ramu’s penalty is the ever-more violent death.

It is clear that Indian Summers is beginning to expose the many barbaric and unjust actions of the British Raj.

Have Ralph, Cynthia and the rest of the British lawmakers got away with murder yet again? Indian Summers returns on Sunday 12th April, 2015 at 9pm on Channel 4.