An Indian man quit his high-paid job in the UK to open an MMA academy in India, training some of the country’s best talents.

"I learnt what was needed to win."

Siddharth Singh left his high-paid job in the UK to open an MMA academy for some of India’s biggest talents.

Siddharth, who is from Delhi, started boxing at the age of 12.

Despite his losses, he continued until he was ranked as the school’s most technical boxer in Class 12, won major accolades and was even shortlisted for the Uttarakhand state team.

After graduating from Delhi University, Siddharth pursued his Masters in International Strategy and Economics (ISE) at the University of St Andrews, Scotland.

He soon fell in love with Muay Thai.

After completing his Masters in 2007, he got a job in London, working for fashion company Pentland Brands.

However, his passion was MMA and he quit his job to open numerous MMA gyms in South Delhi.

But the new venture left Siddharth bankrupt in 2013.

Despite the four-year struggle, things soon began to change.

He told The Better India: “I stumbled upon combat sports by accident at The Doon School.

“My elder brother, Shardul, was a boxer. Initially, boxing was really difficult because I’m not a naturally aggressive person.

“I would hesitate to pull the trigger at key moments during a bout. Through those many losses, however, I learnt what was needed to win.”

Siddharth learnt Muay Thai in Scotland. He was introduced to Brazilian Jiu-Jitsu (BJJ) when he moved to London.

He said BJJ was a life-changing experience.

Siddharth recalled: “During my first BJJ seminar, they put me up against this small Iranian girl who barely weighed 40 kgs.

“Before we fought, the trainer told me not to go easy on her. Looking at her, I was wondering what on earth was this trainer talking about.

“I fought her putting in 50 per cent effort. Within the next 15 seconds, I woke up looking at the ceiling completely choked and unconscious. I had no idea what hit me.

“Surprised and embarrassed, I decided to go all-in against her in the next round. Once again, 15 seconds later, I was looking at the ceiling again.

“She had taken my back out and performed what is called a ‘rear naked choke’, one of the most potent chokeholds in all of combat sports.” 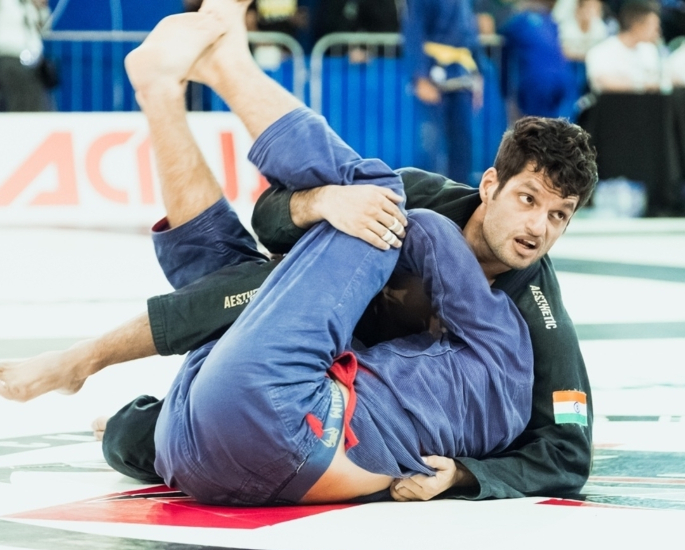 Despite the initial defeats, Siddharth had a desire to learn.

For six years, he trained in BJJ, Muay Thai and boxing.

However, every time he visited his parents in Delhi, he could not find a good place to train.

“Most MMA academies in Delhi were basically gyms run by practitioners of karate, who weren’t well-versed in the other fighting disciplines.

“These guys were just riding the MMA fad which picked up around the world following the release of the Hollywood film Never Back Down in 2008.

“Entering these gyms, it was clear that the coaches knew nothing. Meanwhile, on my return to London, an inner turmoil began to brew within.”

Despite his good job, Siddharth’s passion was MMA and he wanted to create a place for lovers of combat sports in India.

MMA was still new in India but Siddharth saw potential.

He explained the difficulties he initially faced:

“Before landing, I had already figured out which vendors would supply equipment to my gym.

“Upon landing, I immediately headed out to the city to find a good location for my gym.

“Within three months, we opened up our doors to Crosstrain Fight Club in the Saket area in early 2012.

“When we first opened our doors, about 40 people turned up. However, only 1 or 2 ended up joining because it wasn’t what they expected. They were expecting violence, blood, and serious combat.

“Instead, what they got was lessons in technique, self-growth and discipline.

“It was difficult for me financially with money going into rent, equipment, etc.”

Eight months after opening his first gym, he opened a second one. A third gym soon opened. But three months later, he was broke.

His enthusiasm and uncritical look at finances got him in trouble. The long hours at work also alienated him from his close friends. He was alone and felt like a failure.

Siddharth did not tell his mother about his situation while living in accommodation in a village outside Delhi.

But he soon decided to refocus his efforts.

Siddharth closed down the third gym, cut down unnecessary expenses and began focusing on hiring specialised trainers on a temporary basis while building a new team of individual trainers from within.

Today, all coaches at Crosstrain Fight Club are his students.

He has a team of around 20 trainers in different disciplines, something which took around nine years. 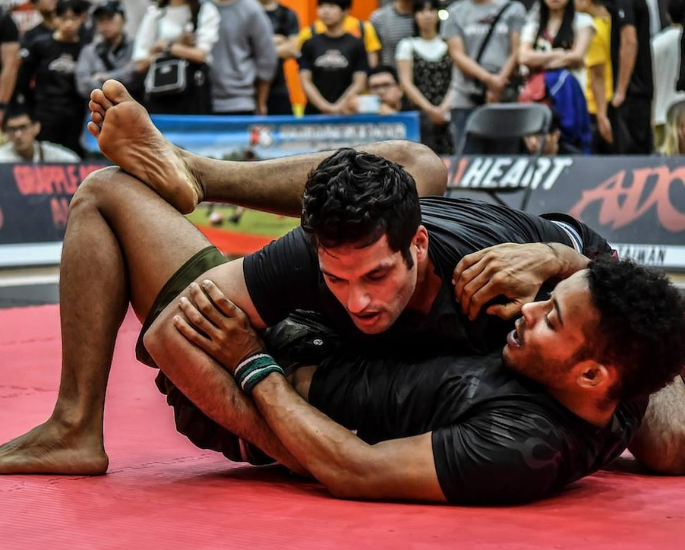 Siddharth explained: “After a four-year lean period at Crosstrain, we figured out that our gym would no longer depend on the crowd taking to MMA training as a popular fad.

“We were going out, competing in different MMA tournaments and representing the country in events like BJJ.

“As MMA and our success grow, we hope that more students join us.”

Siddharth’s students train because they love it as he continued:

“They simply love training. Ideally, I would love to open 100 centres, but there is a concern about the quality of training imparted.

“This is a very trainer-intensive sport. It’s not like a regular gym where someone tells you to punch a bag.

“You need experience, skill and technique to teach and this takes time to attain.”

Since opening Crosstrain, Siddharth has trained some of India’s brightest MMA talents.

They include Roshan Mainam, who fights professionally in ONE Championship, Asia’s biggest MMA promotion, and Anshul Jubli, who is considered the future of Indian MMA.

Despite his martial arts successes, Siddharth did not compete in MMA because he believes it presents a conflict of interest with his students.

He said: “My focus is on teaching and being a coach. I can compartmentalise between my personal training for BJJ and delivering MMA training for my team of fighters.”

The Covid-19 pandemic has hit gyms particularly hard but Siddharth has found a way to survive.

“Those who have trained at Crosstrain for a couple of years and attend group sessions are mandated to shuttle only between their homes and the gym.

“New entrants are given a socially distanced personalised training programme called ‘Crosstrain 30’ in different disciplines for the first few months.

“I am very optimistic about the future of MMA in India. The journey so far has been worth it, but there is still a long way to go.”

Dhiren is a journalism graduate with a passion for gaming, watching films and sports. He also enjoys cooking from time to time. His motto is to “Live life one day at a time.”
Rohit Sharma reveals plans to stay in ‘peak’ Physical Condition
ICC ‘confident’ India will tour England despite Travel Ban