A 17-year-old girl, identified as Neetu, was killed by a man after refusing his marriage proposal on Friday, February 19, 2021.

"He harassed her and had threatened to kill her."

On Friday, February 19, 2021, a 17-year-old girl was brutally beaten to death in Delhi by a 25-year-old man after she refused his marriage proposal.

The girl, identified as Neetu, was bludgeoned to death by the accused, Laik Khan, while she was home alone.

Khan allegedly pestered Neetu with marriage proposals, but she kept rejecting him.

On February 19, 2021, he went to Neetu’s home in Rohini, in northwest Delhi, and attacked her with a hammer.

On the same day, Neetu’s cousin, Kaushal Kumar, went to her home at 5 pm and saw that Khan had come to Neetu’s house too.

Khan went to the terrace for the next hour, and at around 6 pm, he gave Kaushal Rs 200, asking to bring vegetables and chicken for dinner.

When Kaushal came back at around 7.45 pm, he found the accused holding a hammer as he hurriedly locked Neetu’s house.

Kaushal tried to stop him but failed. However, he initially thought that Neetu had also gone with him and waited outside the house.

When Neetu’s mother came home, she called her on her mobile phone, which was ringing inside the locked house.

Neetu’s family soon broke open the door and found her lying in a pool of blood with a head injury.

The victim was rushed to the Sanjay Gandhi Hospital, where she was declared dead by doctors.

The hospital later informed the authorities about the murder.

Following the incident, the police formed six teams to arrest Khan, who is still on the run.

A case of murder was registered after Neetu’s cousin approached the cops, and further investigation is underway.

According to Neetu’s cousin, Khan might have proposed to her for marriage when no one was around.

When Neetu refused, Khan attacked her with a hammer and fled from the spot.

According to the police, the victim earlier used to live with her family in Bawana, and they were on good terms with their neighbours.

However, they later shifted to Begumpur. 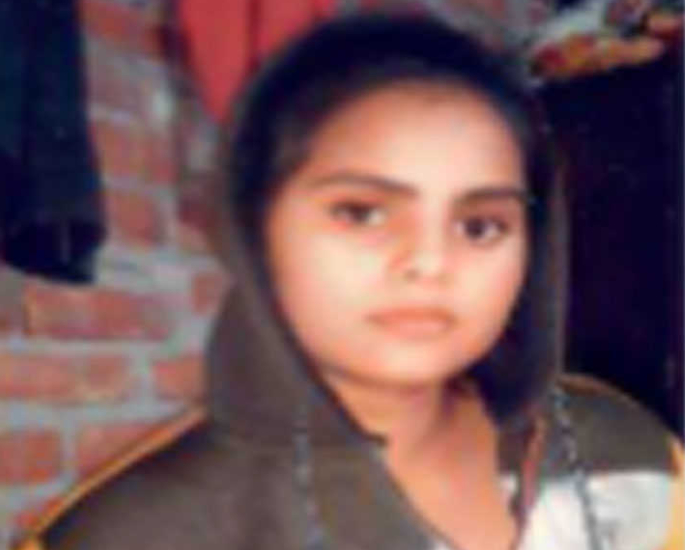 Laik Khan, once their neighbour in Bawana, often visited them at their new home.

The accused works in a factory and lives with his uncle in Bawana.

Whilst, the victim’s parents work at a factory manufacturing car floor mats.

Neetu’s mother, Rani Devi, was distraught and wanted the accused to be punished.

“Neetu had told me he harassed her and had threatened to kill her.

“I was out on some work when he came to the house and sent Kaushal to get food.”

Manisha is a South Asian Studies graduate with a passion for writing and foreign languages. She loves reading about South Asian history and speaks five languages. Her motto is: "If opportunity doesn't knock, build a door."
Shabnam Ali: First Woman to be Hanged to Death since 1947
Indian Grandmother planned 4-year-old Grandson’s Abduction