An acid attack survivor from the Indian state of Odisha married a man she met in hospital while recovering.

"I feel so blessed to be married to Saroj"

An Indian acid attack survivor has tied the knot with a man whom she met in hospital while recovering.

The attack happened when she was 15-years-old and had left her with burns to her face and only 20% of her eyesight following a “rejected marriage proposal”.

Now, 13 years later, Pramodini Roul married Saroj Sahoo on March 1, 2021, in her hometown of Jagatsinhpur, Odisha, after first meeting in 2018.

Saroj’s friend was a nurse and would regularly visit the hospital where Pramodini was being treated. The pair soon fell in love.

In addition to the facial burns and loss of eyesight, Pramodini was also left bald by the attack.

However, she still got to enjoy her wedding, with more than 1,000 guests, including other acid attack survivors.

Pramodini wore a wig on her wedding day.

She said: “I feel so blessed to be married to Saroj, it’s an amazing feeling.

“We had so many guests at our wedding to celebrate our special day with us.”

In 2018, Pramodini and Saroj got engaged and were set to get married in April 2020, however, the Covid-19 pandemic delayed their wedding plans.

Pramodini said: “After visiting the hospital on and off during my recovery in 2018 we fell in love and he gave up his job to help care for me.

“A lot of people were surprised that he would want to marry me but we fell in love and our families did come around to the idea.” 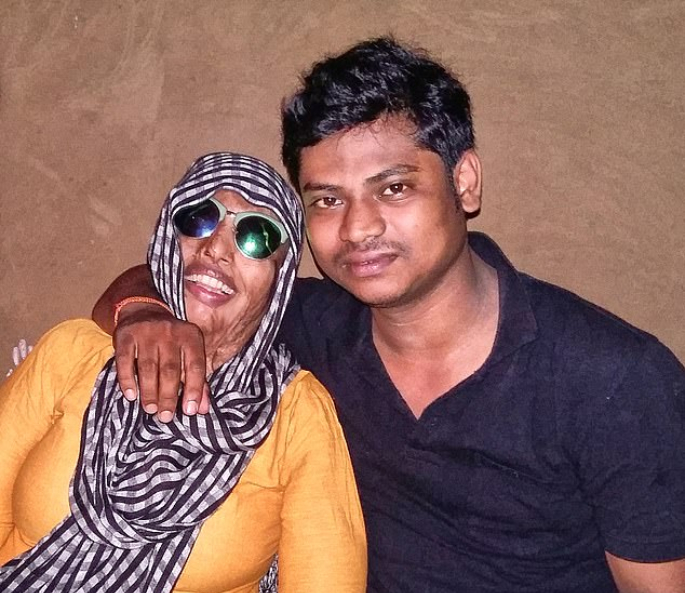 Pramodini was 15-years-old when she was attacked with acid.

She alleged that the attack happened due to a rejected marriage proposal.

The attack resulted in severe burns to her face and left her blind in both eyes.

She suffered from pain for almost 10 years and underwent five reconstructive surgeries, including one to correct the vision in her left eye.

But during her time in hospital, she met her future husband.

Pramodini added: “After meeting in hospital we lived together in New Delhi at first before contemplating on getting married in two years.

“The first time I’d seen Saroj was this September when I had undergone the first surgery in my left eye but I had fallen for his charms.

“He loves me like the way I am. He always encourages me to live life happily.”

The couple now works for the rehabilitation of acid attack survivors in Odisha through the Chaanv Foundation.

It is an NGO that works for acid attack survivors in India.

Dhiren is a journalism graduate with a passion for gaming, watching films and sports. He also enjoys cooking from time to time. His motto is to “Live life one day at a time.”
Man caused Hit-and-Run Death after Drug Deal turned Nasty
Indian Boy Raped by Minors and Bribed to Keep Quiet