Huma Qureshi opens up about Her first Hollywood experience

Bollywood actress Huma Qureshi is the next actress to venture into Hollywood. She shared her experience of working in the west.

“It has been a very enriching as an actor"

Indian actress Huma Qureshi took her first steps into Hollywood with Zack Synder’s upcoming film Army of the Dead (2020) and explained how it was an “enriching” experience.

Huma took a career dive in 2019 when she flew to the United States to begin shooting for the film.

According to Hindustan Times, Huma Qureshi was asked whether she faced any Indian-related stereotypes while shooting for the film. She said:

“Not at all. I think there’s a healthy curiosity about India, Bollywood and our culture. The cast and crew members were like, ‘we want to come to India.’

“Some people had already visited so they wanted to ask more questions about our cities, food, movies. I always happily gave them information.”

The actress went on to explain how she would play the latest Indian music hits while getting her makeup done.

She revealed that her colleagues enjoyed the music as they found it entertaining, fun and upbeat. Huma also disclosed that the team prepared an Indian meal. She added:

“I feel opportunities like these are great for cultural exchange, where you get to know about each other in such a wholesome way.” 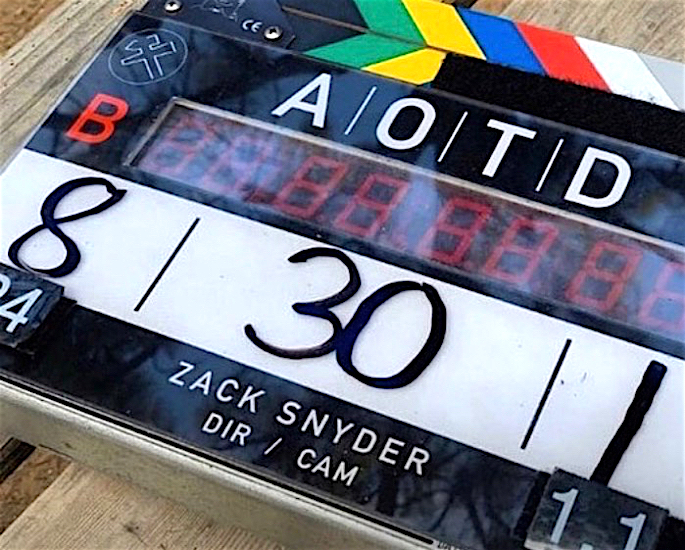 Huma Qureshi continued to mention that the team took “amazing good care” of her.

She also travelled to small towns in the United States, which allowed her to “see and be a part of their world” and that is “really a true achievement of this explosion of content worldwide.”

The actress was further asked about her experience of working with renowned director Zack Synder who gave us hits like Man of Steel (2013), 300 (2016) and Justice League (2017). Huma said:

“Oh, it was very exciting. I had a great time working not just with Zack but also with Dave Bautista (actor), the rest of the cast and crew.

“It has been a very enriching as an actor as so much attention to detail has gone into making it.

“Just learning how things happen on the other side of the world has been fulfilling.”

Despite her amazing experience, Huma Qureshi revealed that she did feel homesick, while in the United States for four months.

However, Huma would keep reminding herself that she has been given an incredible opportunity. She would tell herself:

“Here’s a director who directed 300 (2016) and you’re getting a chance to work with him. How many people would get an opportunity like that?”

It is great to see another Bollywood actress venture into Hollywood, showcasing the amazing talent of those from the east.

We look forward to seeing Huma Qureshi on the big screen in her first Hollywood film, Army of the Dead (2020).

Was Sejal Sharma’s Boyfriend the reason for Her Suicide?
Kareena Kapoor reacts to Taimur ‘bringing Home a Girlfriend’