In Spite of Oceans by Huma Qureshi

In Spite of Oceans: Migrant Voices is a compelling collection of narrative stories inspired by real-life journeys. Chatting to DESIblitz, author Huma Qureshi talks about inspiration behind this eloquent read.

"Kamila Shamsie, Jhumpa Lahiri and Roopa Farooki are all writers I love."

In an exclusive Gupshup with DESIblitz, Huma tells us about the essential importance of sharing such experiences to the newer generations of British Asians today.

What was the inspiration behind the book?

“The inspiration behind the book came from a great deal of introspection and wondering. I found myself growing increasingly contemplative, wondering about how it is that people got to be where they are and who they are, both literally and emotionally.

“In many ways, it is a book about individual, inner journeys which are determined by the choices people make, not just where they come from.”

Did you find that people were open about telling you their experiences? 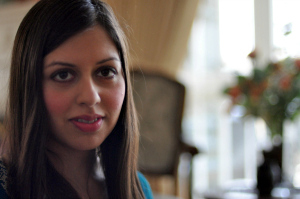 “Fate was on my side. I kept coming across people with fascinating lives and I found I couldn’t stop thinking about them and their stories afterwards. Some were people I knew personally, some were people I had come across through work.

“Others, I searched for. And some, most encounters, were down to luck and good timing.  For instance, I met the character of Sara (in the story The Curfew) at a party and just knew she was perfect for the book.

“As a journalist, I have always looked for human interest stories and I drew upon that for talking to people for the book. I always try to listen to people, not shout over them or speak for them, and I suppose when you have someone who is genuinely interested in what you have to say and is really listening in a way that is sincere and respectful, it makes it easier to open up. I tried to be that listener.”

Which particular narrative stands out to you as both a writer and a reader?

“It is hard for me to pinpoint just one story, because they all became a part of me, so to speak. I describe the stories as being like short films, ‘inspired by real lives’, so I had to really step into those lives to feel what the characters were feeling.

“Each story speaks to me for different reasons. Within Four Walls (about the father struggling to accept his son’s mental illness) moved me very much because of the sense of tragedy tinged with hope.”

“I felt like perhaps many young women could relate to The Curfew, the story of a Pakistani daughter trying to navigate her own direction in life. And Learning to Drive, the opening story, means a lot to me because Afra’s character is so strong, so full of quiet determination.

“It was important to me to end on a story of hope, so the last story, In Spite of Oceans, stood out for me because it is about innocence and love and is far less pessimistic than some of the other stories.”

Is it important for young British Asians to know about the lives and experiences of their elders?

“I didn’t realise it was important to me until I got older. It’s only when the idea for the book came about, while I was pregnant, that I found myself really deeply thinking about my own family, for instance.

“That marked a turning point for me, because I kept thinking about what it was that I would pass on to my son. As I say in the introduction to my book, I might not have made the same choices my parents made but it is partly because of their choices, and the direction their lives took, that I am who I am.”

Which authors influenced you growing up?

“As a teenager while growing up, I was obsessed by the classics – Jane Austen, Charlotte Bronte, Thomas Hardy. I was conditioned by the curriculum but also, bizarrely, Austen’s world made sense to me, in terms of propriety and conduct. 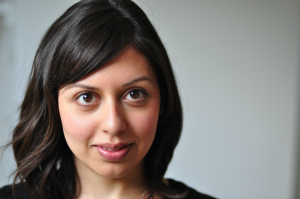 “As crazy as it sounds, the Regency world was very reminiscent of a certain type of Asian social circuit too when I was growing up, rife with gossip, where you had to behave in a certain way and not talk to boys.

“Now, I read as widely as I can and as much as I can. Kamila Shamsie, Jhumpa Lahiri and Roopa Farooki are all writers I love and return to time and time again. At the moment, books by Curtis Sittenfeld, Jennifer Egan, Gillian Flynn are all on my bedside table.”

A gifted writer, Huma is currently working on a new novel as well as more short stories. Her latest short story has been published in Beyond the Border [November 2014], an anthology of new writing by Asian women:

“My story is about a woman navigating the early months of motherhood. It’s incredibly exciting to be a part of such a fantastic, strong collection of female writers,” Huma explains.

For Huma, being British Asian means to have an ‘awareness, understanding and appreciation of one’s heritage and roots’. It is from this that an individual’s true identity manifests.

In Spite of Oceans: Migrant Voices is a remarkable insight into the human experience. It offers relatable narratives that are both touching and inspirational. Huma Qureshi’s book is available at all major bookstores as well as Amazon and the Book Depository.

Aisha an English literature graduate, is a keen editorial writer. She adores reading, theatre, and anything arts related. She is a creative soul and is always reinventing herself. Her motto is: “Life is too short, so eat dessert first!”
Dan Brown overwhelmed by India visit
Undress Your Mind at London Sex Exhibition