Actress Hansika Motwani and her fiance have returned to Mumbai following their trip to Paris where they got engaged.

"Saw a sneak peek of these exclusives long back! Congratulations."

Hansika Motwani returned to Mumbai with her fiance Sohael Khaturiya after a romantic holiday in Paris where they got engaged.

Known for her roles in Maan Karate, Manithan and Oru Kal Oru Kannadi, the newly engaged actress returned on November 3, 2022.

The couple was spotted at the airport.

Hansika, who wore a printed co-ord set of shirt and pants in grey, interacted with the photographers at the airport. She gave a shy smile when they addressed her fiance as “jiju”.

Meanwhile, Sohael, who was dressed casually in denim and a blue t-shirt, seemed to be camera-shy as he avoided interacting with the paparazzi. 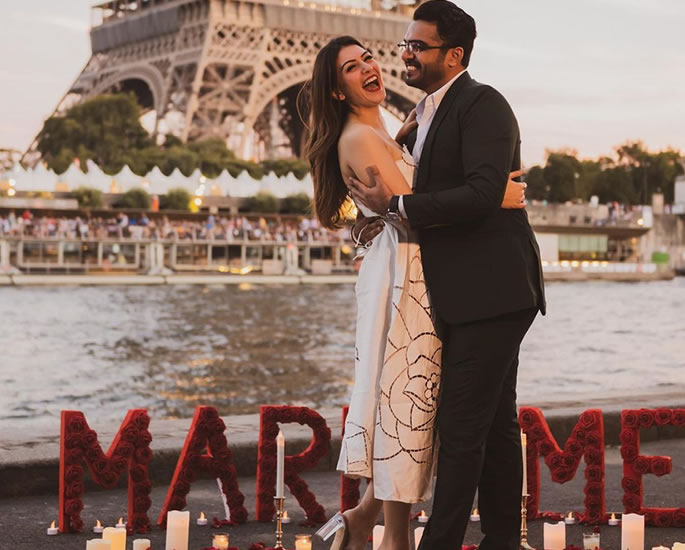 The couple became the talk of the town after Hansika posted a few pictures of the engagement.

Businessman Sohael proposed to Hansika in front of the Eiffel Tower.

Sohael can be seen bending down on one knee to propose to Hansika. She is dressed in a strapless white dress and her fiance is in a black suit.

They were surrounded by candles and ‘Marry Me’.

Sohael commented on the post, saying: “I love you my life #NowAndForever.”

Hansika’s friends and colleagues from the film industry.

Shivaleeka Oberoi posted: “Saw a sneak peek of these exclusives long back! Congratulations.”

Fans also expressed their warm wishes to the couple, with the post receiving 897,000 likes.

The couple are rumoured to be getting married on December 4, 2022.

But Hansika and her fiance are yet to make an official announcement regarding their wedding preparations. 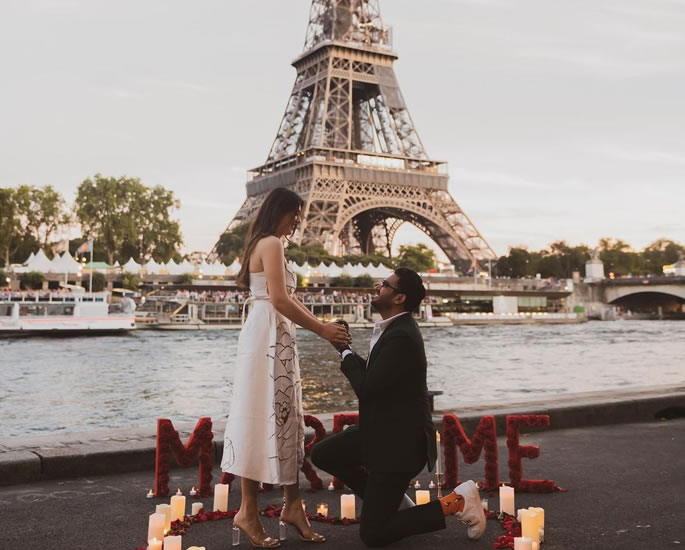 However, it is reported that the couple has planned a destination wedding in Jaipur.

They will be flying out to Jaipur with close friends and family for three-day wedding festivities. The marriage will reportedly take place between December 2 and 4, 2022.

She also starred as a child actor in Hrithik Roshan’s Koi Mil Gaya.

The Mumbai-born artist has been part of various south industry films in Tamil and Telugu-language.

Her last release is the Tamil crime thriller Maha. She has signed more projects in both Tamil and Telugu which are expected to be released in 2023.

Aarthi is an International Development student and journalist. She likes to write, read books, watch movies, travel, and click pictures. Her motto is, “Be the change you wish to see in the world
The Legend Of Maula Jatt continues Breaking Records
What to expect from Ponniyin Selvan: II