Tina Ahuja, the daughter of Govinda, has spoken about nepotism and revealed that she does not feel the pressure of being a star-kid.

"I can never be called a nepo-kid"

Govinda’s daughter, Tina Ahuja, has stated that she does not feel the pressure of being a star-kid.

She explained that she has never taken any professional help from her father and added that she has been offered films based on her own merit, therefore, she cannot be called a “nepo-kid”.

The actress made her debut in 2015 with Second Hand Husband.

The film starred the likes of Dharmendra and Gippy Grewal, however, it was a box office failure.

Tina has now weighed in on the subject of nepotism and she stated cannot be considered a product of nepotism, otherwise, she “would have signed 30-40 films already”.

On whether Govinda helped her get a film, Tina said:

“Never, if that was the case, I would have signed 30-40 films already!

“That’s the one thing that dad has not done so far and I have never asked him to.

“The day I feel that I need something, he is always there, but I can never be called a nepo-kid, I have got all my movies on my merit.

“I got all the offers on my own, he never had to help me. But he was aware of what I was doing or not doing.

“He still gets a report of everything that I am doing, but that doesn’t mean that he will interfere in my work.

“Dad has never called up anyone to get me a movie, so I can’t be called a nepo-kid.”

Despite her declaration, Tina admitted that the pressure of being a star-kid had gotten to her in the past but she has now overcome it.

“To be honest, earlier, I used to feel it a lot. But then now that I am working with my dad, working with him behind the camera, it really doesn’t matter anymore.” 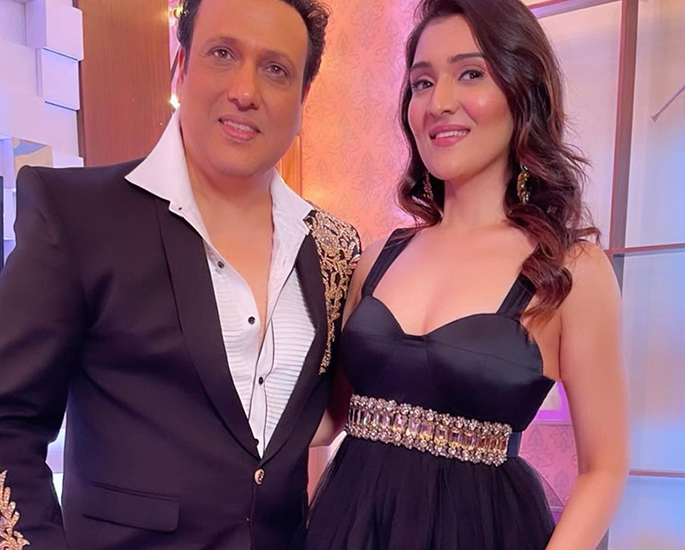 Even though he has not interfered in her career, Govinda has given his daughter advice from time to time.

On his advice, Tina Ahuja explained:

“What he told me was just to give my best, have fun, and leave the rest to destiny.

“It’s very important for you to be honest about your work and give your best so that you don’t regret anything in life.”

“Sometimes, you think something is right and maybe that isn’t, but as far as you have given your best, you don’t feel guilty or bad about it.

“So that’s one really good advice that dad gave me.

“I personally felt that it paying heed to his advice worked well for me. I gave my best and just left the rest to God.”

However, Govinda has told his daughter that he is eager to produce a film with her in it and Tina is open to the idea.

“He is always very supportive of my work. So let’s see, maybe in the future, we might do that as well.”

Dhiren is a journalism graduate with a passion for gaming, watching films and sports. He also enjoys cooking from time to time. His motto is to “Live life one day at a time.”
Priyanka Chopra explains Silence on Demeaning Experiences
5 Upcoming Pakistani Web Series to Watch in 2021