The iconic muscle Ford Mustang GT has become the Best Selling Sports Car after a shocking 35 units have been sold in India!

The Mustang GT possesses commendable performance features which has taken the Indian market by a storm.

Ford launched the Mustang GT in India in July 2016 and within a month, the sports car has already clinched the title of Best Selling Sports Car in India.

The iconic, lavish car was showcased at the 2016 Delhi Auto Expo, consequently capturing buyers’ attention and winning the supreme title.

Priced at 65 lakhs at the Delhi Showroom, the car gained avid interest from many buyers.

An amazing 35 units out of a 100 that were allocated to purchase in India this year, were sold.

There are distinct rumours that all 100 units have been booked. However, this has not yet been confirmed.

The Mustang GT possesses commendable performance features which has taken the Indian market by a storm.

The sports coupe is powered by a 5.0-litre V8 engine mated to a six-speed automatic transmission, producing a high power of 401PS and 515Nm of torque. 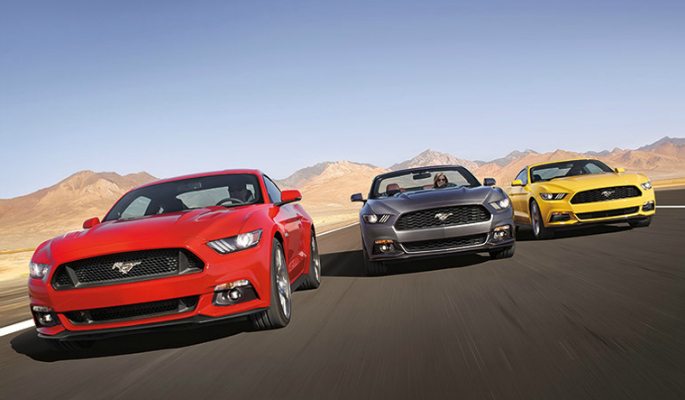 Other features include, four selectable drive models which vary from, normal, sports, sport+ and snow/wet. There is also a four seating capacity and a fabulous six colour variation that potential buyers can choose from.

Contrastingly, competitors of the Ford Mustang GT comprising similar specifications have only managed to sell between five to ten units.

It seems that the Indian Pony Car has out shined its rivals!

Furthermore, the Mustang GT doesn’t fail to impress its fans. The muscle car previously won the World’s Best-Selling Sports Coupe of the year in 2015.

The American Automobile was revealed on 5th December 2013, currently going through it’s sixth generation. With the number of units sold, the Mustang is definitely making a mark for itself in India!

The car is retailed only through selected dealerships in Mumbai and New Delhi.