The UK’s first poo bus has begun its service between Bristol and Bath. Bath Bus Company’s executives expect the bus to ferry up to 10,000 passengers a month.

The 'impurities' are removed during the process to eliminate any unpleasant smells.

Britain’s first poo-powered bus, started its service between Bristol and Bath on November 20, 2014 on the A4 route.

One tank of gas is produced by the annual waste of five people, and can last up to 186 miles.

GENeco general manager Mohammed Saddiq said: “Gas-powered vehicles have an important role to play in improving air quality in UK cities but the Bio-Bus goes further than that and is actually powered by people living in the local area, including quite possibly those on the bus itself.

“Using biomethane in this way not only provides a sustainable fuel, but also reduces our reliance on traditional fossil fuels.” 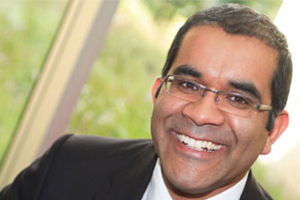 The sustainable and eco-friendly, public transport solution is the first of its kind in the UK.

She said: “The bus also clearly shows that human poo and our wasted food are valuable resources.

“Food which is unsuitable for human consumption should be separately collected and recycled through anaerobic digestion into green gas and biofertilisers, not wasted in landfill sites or incinerators.”

Road users won’t have to ‘give it a while’ before following it, either. The ‘impurities’ are removed during the process to eliminate any unpleasant smells. 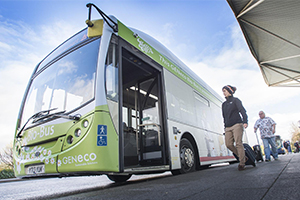 The firm’s engineering director, Colin Field expects up to 10,000 people to use the service each month:

“The timing of this initiative could not be more appropriate as we approach 2015 when the City of Bristol itself becomes [the] European Green Capital,” he says.

“With so much attention being directed towards improving air quality generally, the public reaction to the appearance of this bus on a service between a World Heritage City and an airport will further focus on the potential for this particular fuel.”

In 2010, GENeco unveiled the Bio-Bug: a poo-powered (dung) VW Beetle. Another first for the UK, the Bio-Bug can run for a year on the waste from 70 homes.

“However, through using the latest technology our Bio-Bug drives like any conventional car and what’s more it uses sustainable fuel.

“If you were to drive the car you wouldn’t know it was powered by biogas as it performs just like any conventional car. It is probably the most sustainable car around.”

The 40 seater poo bus with its Bristol Airport to Bath city centre service is available now. The service also supports local drops during the journey through Saltford, Keynsham, Brislington, Knowle and Hengrove. Is this poo bus an example of economical fueling to come?

Zak is an English Language and Journalism graduate with a passion for writing. He is an avid gamer, football fan and music critic. His life motto is “Out of many, one people.”
Sony releases the PlayStation TV
Amitabh Bachchan teams up with Worldoo.com