Amitabh Bachchan teams up with Worldoo.com

Amitabh Bachchan has joined hands with worldoo.com in order to help transfom Internet use for children. The online portal aims to make the Internet safer for children.

"Children are born with technology in the palm of their hands, immediately preferring tablets to teddy bears!"

The Indian film industry has always been a major influence in the everyday lives of people.

Superstar Amitabh Bachchan is one such persona who goes out of his way to bring change in this world and hopes for the world to follow.

Recently Amitabh took it upon himself to endorse and transform the use of internet for kids. He has joined hands with the website ‘Worldoo.com’, specifically, their feedback campaign, ‘Let’s Build’.

The feedback campaign, inaugurated with Mr. Amitabh Bachchan’s backing, will invite parents, kids and educators across the country to speak up and be heard, in what they would like to see in a whole new world!

Speaking on the association with worldoo.com, Mr. Amitabh Bachchan said: 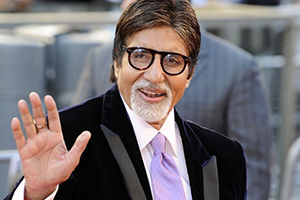 “The internet space is constantly evolving and has proved to be an exciting tool of communication. Today, children are born with technology in the palm of their hands, immediately preferring tablets to teddy bears!

“In such a scenario, it is important for parents to embrace the role that Internet plays in their child’s life instead of shying away from it. They need to collaborate and communicate with their kids to welcome them to the online world. The future is here.”

He further added: “And in the same way that schools are an integral part of a child’s growth, the Internet will play a significant role in developing our next generation of children.

“The worldoo.com ‘Let’s Build’ campaign is a great gift for the children of India, and I am glad to be a part of this initiative that aims to create a meaningful online environment for kids.

“Associating with the Worldoo.com team enables me to be a part of this great experience in pioneering the concept of responsible Internet for children.”

Worldoo founder, Monish Ghatalia added: “The feedback campaign is one step in this direction to now let our users decide what they would like to see in their favorite platform.

“While the platform flourished the way it has, with a perfect balance of fun, games and education, we decided to take this love and appreciation received by worldoo.com a notch higher.

“It is great to have Mr. Bachchan supporting our initiative, and we surely hope that we can co-create the perfect responsible online eco-system along with the parents and kids of India. 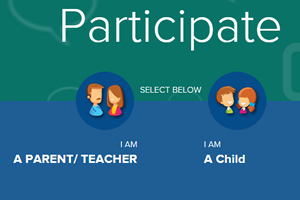 From the time of the website’s launch, it has had a great response with almost 100,000 children now registered as users. The website believes that with a zeal for new challenges and uninterrupted innovation, the worldoo.com team is now contributing towards making the Internet a responsible place for kids.

It’s an undeniable fact that in the recent times, children have unprecedented contact with online technology and services, and the brand believes that instead of limiting Internet usage, a conscientious ecosystem needs to be created as a safeguard for kids.

Users can sign in on worldoo.com, as parent, child or educator, and send in their thoughts to this unique initiative which also has a feedback campaign that will run across online and offline platforms.

One cannot deny that it is very noble of the superstar, Amitabh Bachchan to participate and promote such initiative and thus bring a change to India in any way he can.

Komal is a cinéaste, who believes she was born to love films. Apart from working as assistant Director in Bollywood, she finds herself doing photography or watching Simpsons. “All I have in life is my imagination and I love it that way!”
First Poo Bus service launches in the UK
1 in 6 Smartphones vulnerable to Cyber Attacks