1 in 6 Smartphones vulnerable to Cyber Attacks

An Experian study has found one in six mobile users have suffered cyber attacks. The figures cast doubt over mobile banking safety, as well as Apple Pay.

"With so much at stake, the opportunities for fraudsters are countless and we need to do more."

One in six smartphone users have fallen victim to cyber attacks, according to information services firm, Experian.

The mobile devices and their tablet counterparts are particularly vulnerable due to a lack of protection from malicious software.

Reported attacks include phishing emails, and perhaps more worryingly, session hijacks. Victims of the latter have had their browsing interrupted, usage monitored and their session taken over remotely, by cyber criminals.

Ori Eisen, lead researcher at Experian has cited this year in particular as a ‘tipping point,’ for mobile cyber attacks.

The firm found that there has been an 80 per cent increase in mobile-targeted phishing attacks.

He said: “The rapid rise in demand for online banking and retail combined with very little security on devices has created a massive opportunity for cyber criminals leaving many people and businesses extremely vulnerable.”

Experian’s findings come just as retail’s busiest period gets into full swing. Shoppers are expected to spend up to £74 billion over the holiday season. 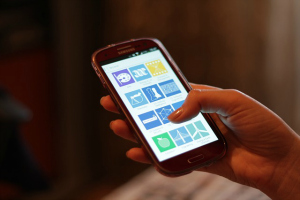 Research indicates that nearly half of mobile users are using internet banking services, and one in three are using their devices for online shopping.

“With so much at stake, the opportunities for fraudsters are countless and we need to do more – as an industry and as individuals – to protect ourselves.”

93 per cent of Britons profess to having security software installed on their Laptops or PCs, indicating that mosts are aware of the risks.

However, a third of participants in the mobile-centric study, claimed they didn’t have anti-virus installed because they were unaware that they needed it.

A further 12 per cent reportedly assumed protection was provided by their service provider.

Hackers can even turn on the user’s webcam, breaching the personal privacy of victims as well as accessing sensitive data. 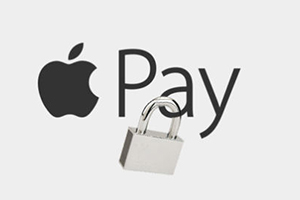 The software, billed as a method to catch cheating spouses, allows users to monitor activity on the device, including texts, emails and internet activity. It’s easy enough to install, and once on the device, the app goes undetected.

Research has shown that Android devices are most vulnerable to attack. A study from Finland-based, F-Secure Labs found that 97 per cent of mobile malware was Android targeted.

However, Apple users are still susceptible. Recently, the Android rivals introduced Apple Pay to the US.

Apple Pay has been billed as a revolutionary way to pay, but experts have pointed out a number of vulnerabilities.

The payment method is tied to the user’s iTunes account, that have been known to have been compromised before. In 2012, some devices were compromised by simply following Apple’s official password reset protocol.

Experts say NFC transmissions, used in Apple’s staple mobile device, are just like any other data transfer, and can be compromised.

Dmitry Bestuzhev of security software firm, Kapersky said: “It sends and receives information which can be intercepted.”

Considering the disturbing ‘one in six’ statistic, it begs the question of just how far an experienced hacker can dig into mobiles – devices that follow almost everybody, everywhere that are often always connected to the internet.

So should we be worried that our privacy is at risk?

Zak is an English Language and Journalism graduate with a passion for writing. He is an avid gamer, football fan and music critic. His life motto is “Out of many, one people.”
Amitabh Bachchan teams up with Worldoo.com
Highlights of Insomnia 53 Gaming Festival 2014